A Unique Way To Get To The River

I have a good friend, Dave Gunn, who is an outstanding rock climber and river guide. A few years ago I did one of the great trips of my life when he and I and 6 others rafted for 16 days down the Colorado River through the Grand Canyon. 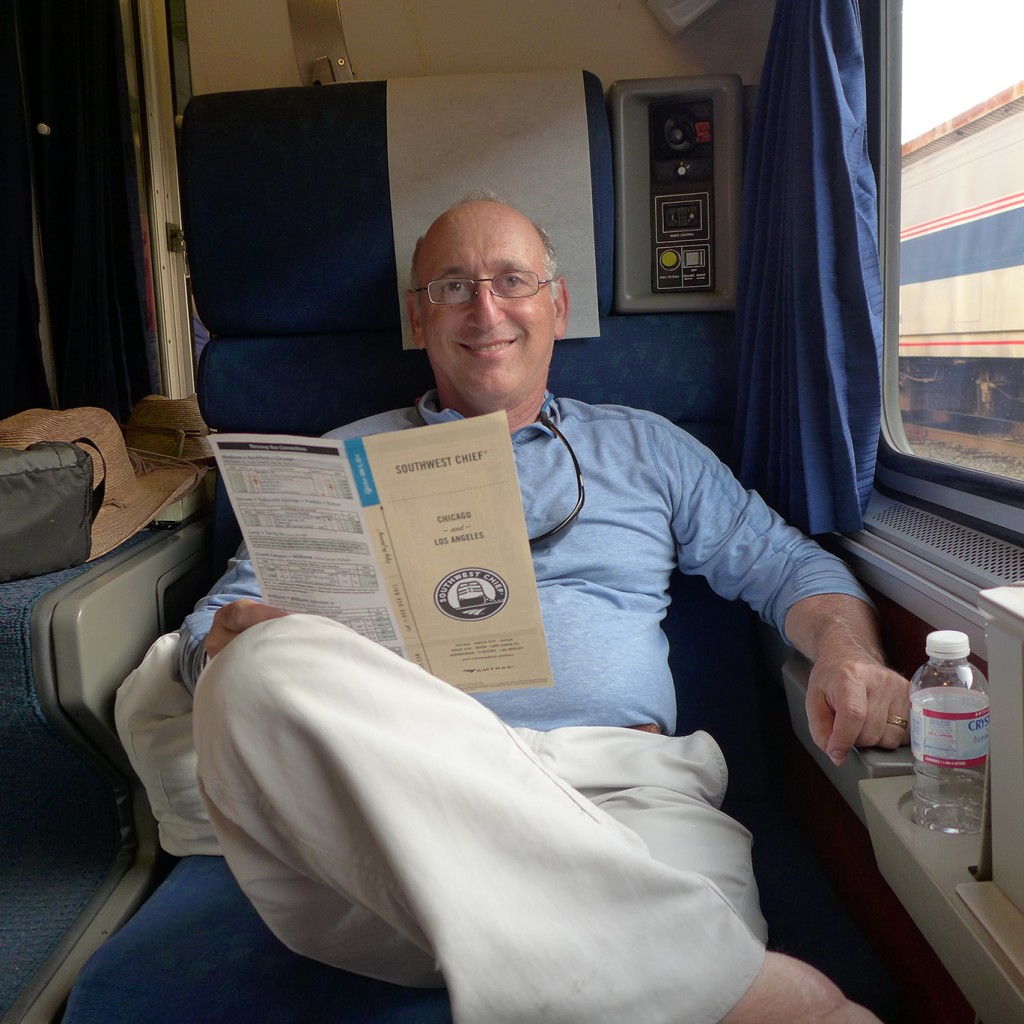 In Our Roomette On The Train

Dave invited me to do a “float trip” down the San Juan River with a group of friends. He told me it was going to be very calm with a few minor rapids and so I convinced my wife Diane to join me. Also joining me was my son Darrow, a naturalist and teacher of outdoor education, which was very exciting because we had not seen each other in a while. 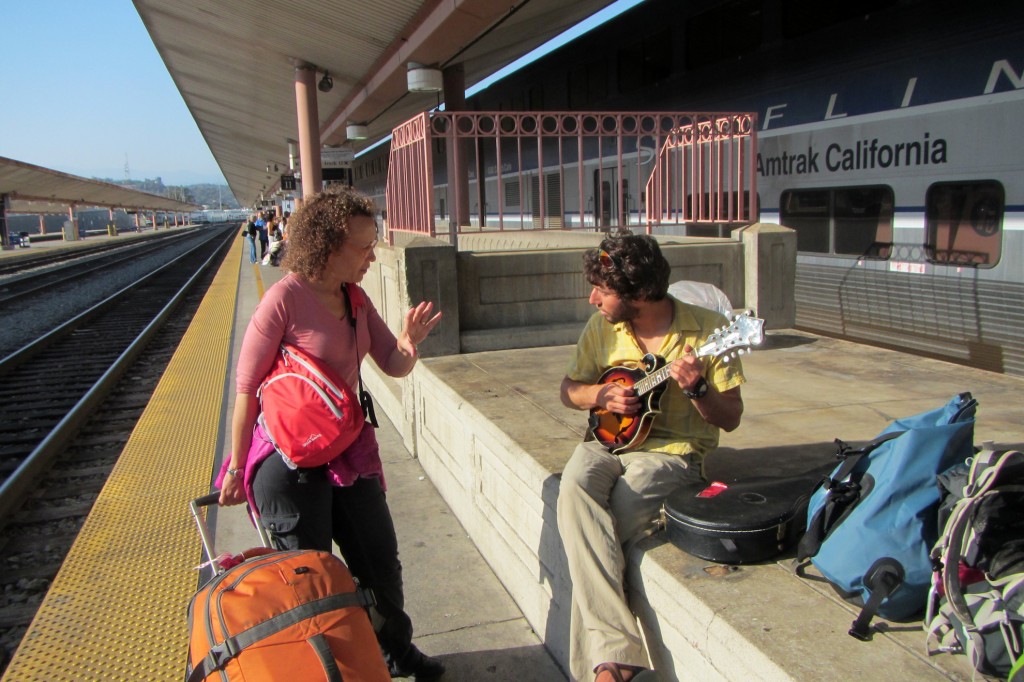 Waiting For the Train

In subsequent blog posts I will write about the trip but it started uniquely. We did not use our own vehicle to get to the beginning of the trip. And while we could have flown to Phoenix and then driven up to Flagstaff and then on to the river we instead took the subway near our home to the famous Union Station of Los Angeles where we boarded Amtrak’s Southwest Chief. We rented a “roomette” which is a small room on the train with a fold down bed on top and the seats making a bed on the bottom. The car had a nice shower as well as several restrooms. It was a nice throw back to a simpler more genteel time. 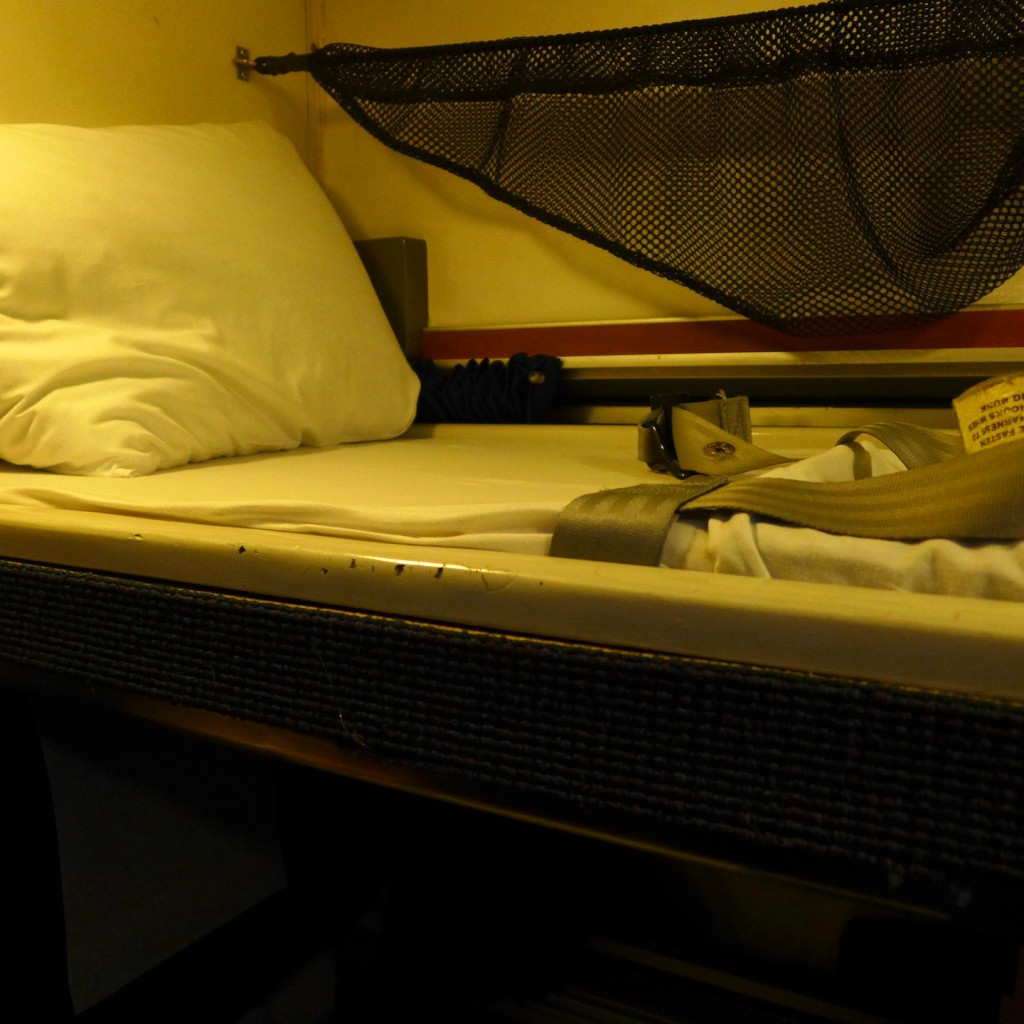 It was a great experience with dinner in the dining car where they put you with other people on the train. It was great falling asleep to the rhythm of the train and waking up the next morning in Flagstaff where our friend Dave picked us up. And then it was off to the river. 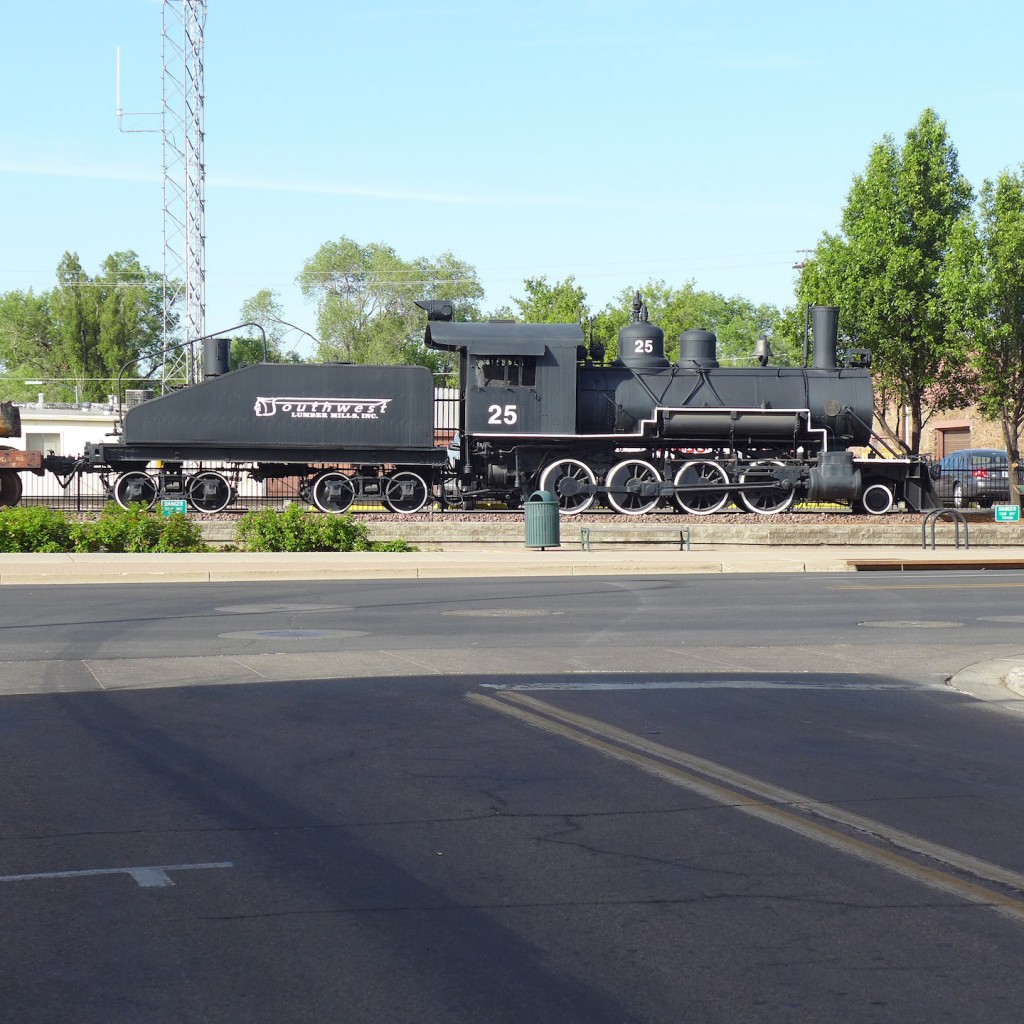 At The Flagstaff Train Station 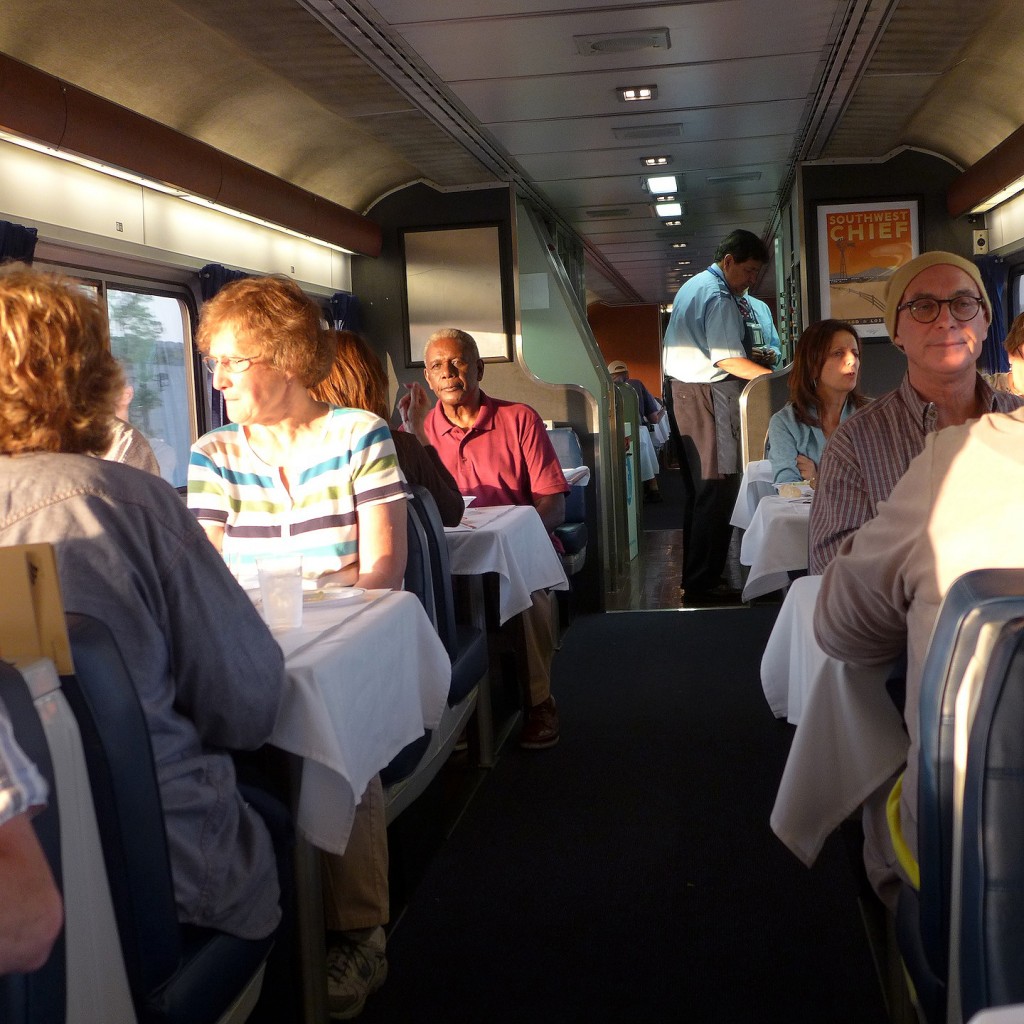 Dinner On The Dining Car