The Passing Of Moose McGregor Of Solitaire Namibia

As a traveler all over the world not all news I receive is from the Internet, newspaper or other mainstream media. Sometimes it is the way it happened before all those sources were available – news from people who have crossed the same places I have been.

Today I had lunch with Liz Ferrin, a person who has been in the outdoor industry in many capacities. As we talked we were amazed we did not cross paths sooner as we knew many of the same people. And we told stories and caught up on news of the people we know.

Sadly she told me that Percy Cross McGregor aka “Moose McGregor”, who I met in Namibia, had passed away. I only met him for a short time while visiting his bakery – but you could immediately tell he was a good soul. 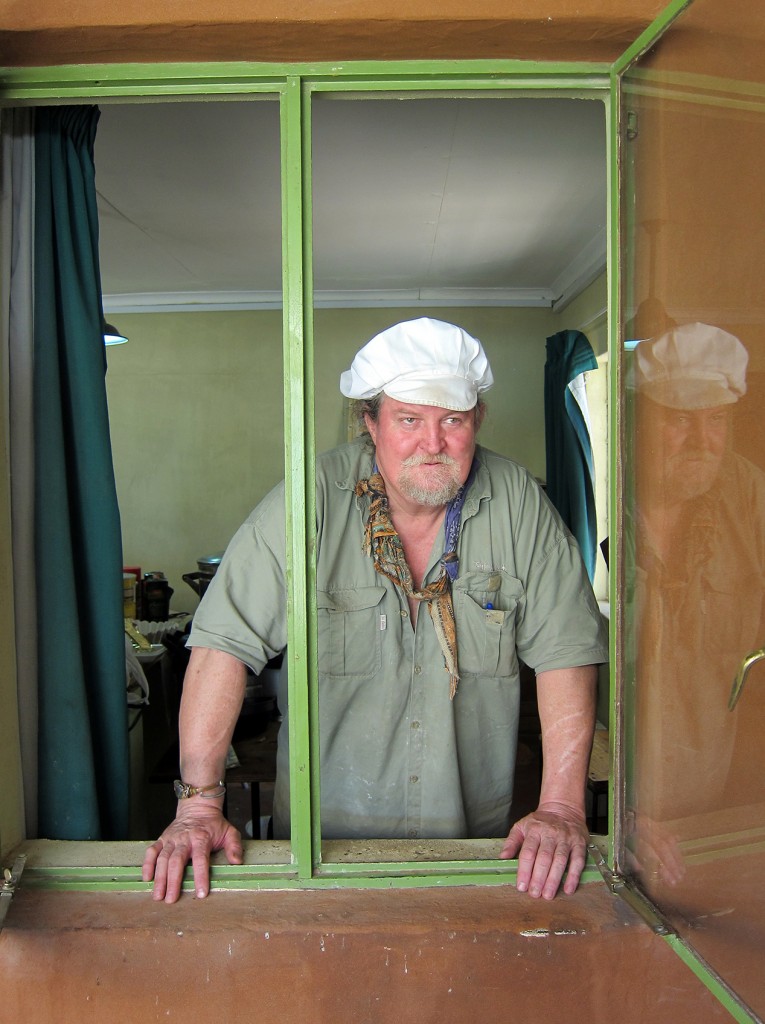 Moose lived in Solataire for 20 years and his bakery was known around the world. And while Moose is not there anymore if you have a chance to pass through Solataire stop at the bakery and have an apple crumble in Moose’s memory. And when you do please share some news with me and let me know how his bakery and the little town of Solataire is doing.