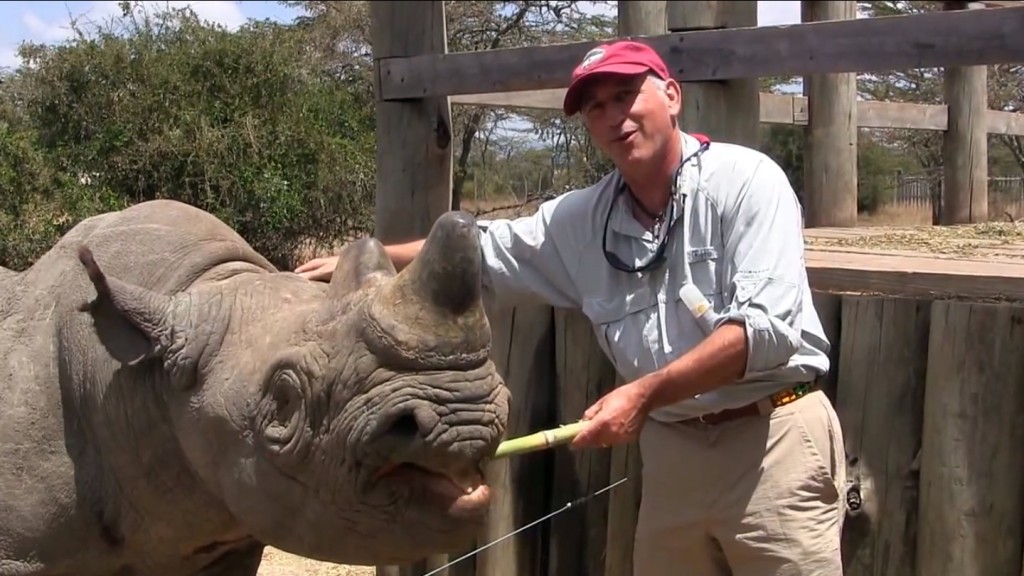 Black rhinos are notorious for having poor eyesight, but a completely blind black rhino cannot survive alone in the wild and must become totally dependent on humans. Baraka’s blindness began with an abscess in one eye that eventually ruptured and the eye had to be removed. Baraka’s remaining eye began to develop cataracts. After trying all possible cures, nothing could be done to save Baraka from losing his sight completely.

Thus Baraka was transferred to a secure enclosure where he has been fed and taken care of by the rangers. Baraka has become accustomed to his new human friends and I thoroughly enjoyed feeding him sugar cane that he loved.

I am no Dr. Doolittle but I do love animals and believe if they sense a loving spirit they will respond accordingly. As I fed Baraka I did the only thing I could think of doing which was to give him affection similar to what I give our dog Heidi. Though he has tough rhino skin it is soft behind his ears and I began scratching behind his ear just like I do with Heidi when she cuddles up on the couch next to me to watch TV. He loved it! All of a sudden I had this giant Rhino head nestled against my chest. We had bonded. Though I can’t picture him sitting on a couch watching TV, although he might enjoy some of Heidi’s favorite dog biscuits. 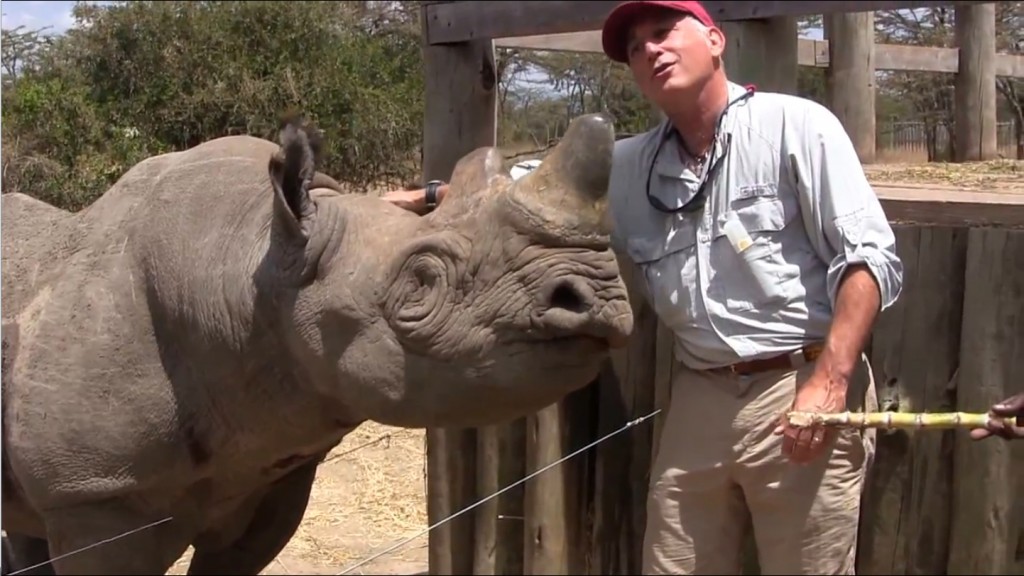 I will never forget you Baraka and hope that I will have a chance to see you soon and introduce you to more people who will meet you and learn about the plight of rhinos in the wild. In the meantime if any of you happen to meet Baraka make sure to say hello and give him that nice scratch behind the ear!