Cecil The Lion – Outraged, But Maybe A Corner Turned?

Recently I was out to dinner with friends. Whenever there is a news item that deals with Africa all questions are directed to me. Unless you don’t watch the news, read the newspaper, are never on Facebook or any other social media site you have seen the terrible and senseless killing of Cecil the Lion in Zimbabwe. 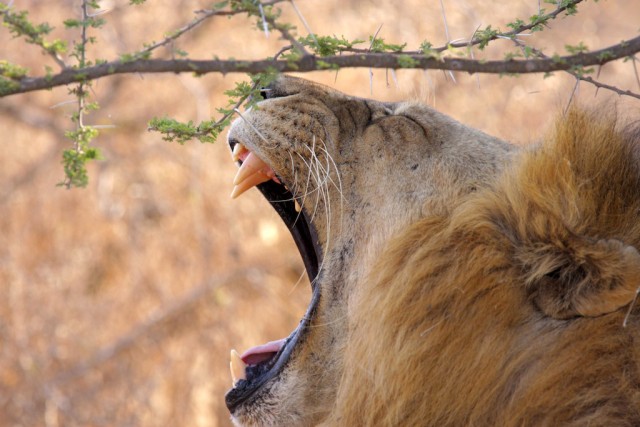 I have spent several days thinking about how to write about this horrific tragedy. Hunting for food, to cull herds for conservation efforts are acceptable. Sport hunting, if you can call what happened is not. We will probably never know the truth of what happened but I suspect that after paying over 50K for the “privilege” of killing a lion our self-described “ethical” hunter put so much pressure on his guides to be able to hunt a lion that they lured the lion out of the park where it is illegal to hunt so that he could shoot Cecil – a beautiful living being that was collared and studied for conservation! That is not hunting. Hunting is when you go out and track an animal for food or as part of a conservation effort to maintain healthy gene pools and herds. You are not always successful and there should never be a guarantee of success.

I can go on and on with my outrage. I find Dr. Walter Palmer’s statement in defense of his actions laughable and his past forces me to question the veracity of anything he says. But I want to take a different approach to this appalling matter.

Let Cecil’s death not be in vain and just another horrible tragedy to the dwindling wildlife populations. Let his death be a rallying cry to make significant changes that will preserve wildlife for generations to come. Let it be a wake up call for conservation. There are ways for man and wildlife to live together. As a trustee with the Cheetah Conservation Fund I see first hand how this can work. Let this be your reason to go on safari to Africa. No this is not a commercial for Infinite Safari Adventures. Going to Africa, exposing people to wildlife, bringing much needed revenues to local communities is an important factor in stopping poaching and encouraging conservation. Let this be a message to the governments of Africa. You have a valuable and important resource in your wildlife. There are ways to bring revenues to your coffers other than selling permits to destroy these natural resources. Be a leader in the world. Stop trophy hunting. Use revenues from your visitors who come to view animals to stop poaching and the destruction of your wildlife’s habitat.

To quote one of my favorite bands, CSN&Y, who wrote about a different injustice – “We can change the world. Re-arrange the world. “
Let’s do it for Cecil.