Our great host, Katherine, who also happens to be a great photographer, was kind enough to give us some suggestions of things to do. One of which was on Sunday to go have these great waffles and then go to Mauerpark for the flea market. She also told us to go see the Karaoke. When I think of Karaoke I think of a bar with drinks flowing and people doing their best Bruce Springsteen or Stevie Nicks. 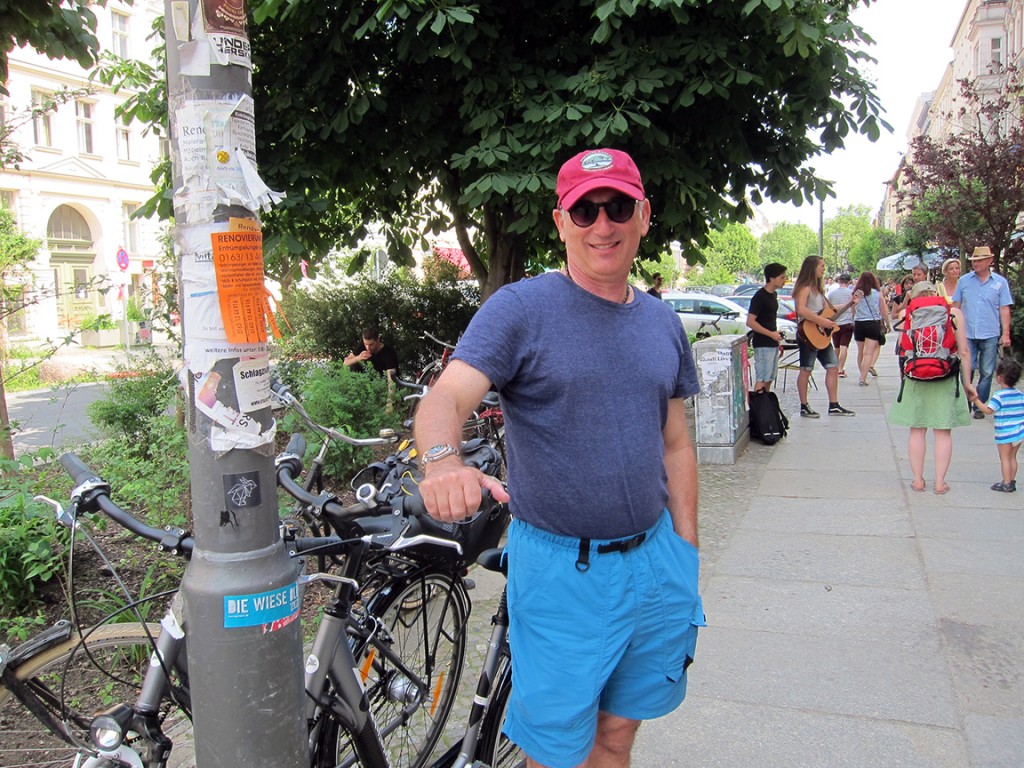 Well we rented bikes and rode through Berlin (a great city to do it in) to Katherine’s waffle place (which was fantastic) and then to Mauerpark and its huge flea market but we did not see any karaoke bars. As we were walking through the park we heard some music by the Doors and decided to go see. Well to our amazement we stumbled upon a 2000 seat amphitheater that we were soon to learn was the Bear Pit Karaoke! 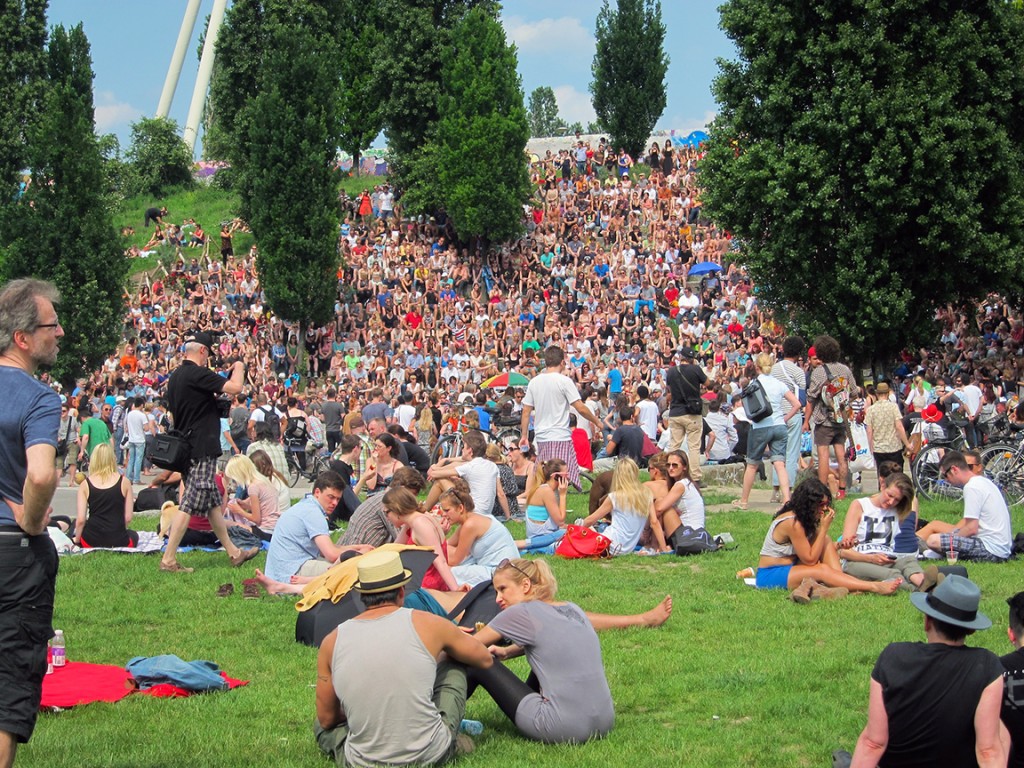 Joe Hatchiban has been using portable, battery-powered boxes to help people unleash their inner performer. He used to track down singers spontaneously on the streets of Berlin but now finds the singers Sunday afternoon at the park. Weather permitting, Joe fetches up around 3 p.m. and invites anybody who so wishes to take the stage for a few minutes, and show those gathered there what they can do with a backing track and a microphone. Imagine doing karaoke in front of 2000 strangers!

Bear Pit singers nearly always get huge rounds of supportive applause, especially when they’re good, but also if they simply come across as nice people. Diane and I laughed, applauded and just had a great time watching a whole range of singers and listening to everything including “What A Wonderful World” sung in German. Check out the video!

I have never sung in a karaoke bar and the world is probably a better place because of it. While I am game to try almost anything and with enough “liquid” encouragement I just might I just don’t see myself as a singer. However I must say I was strangely attracted to perform at “Bear Pit Karaoke” in Berlin’s Mauerpark. The question is what song. Any ideas? What would you sing?