To the Straits of Magellan! 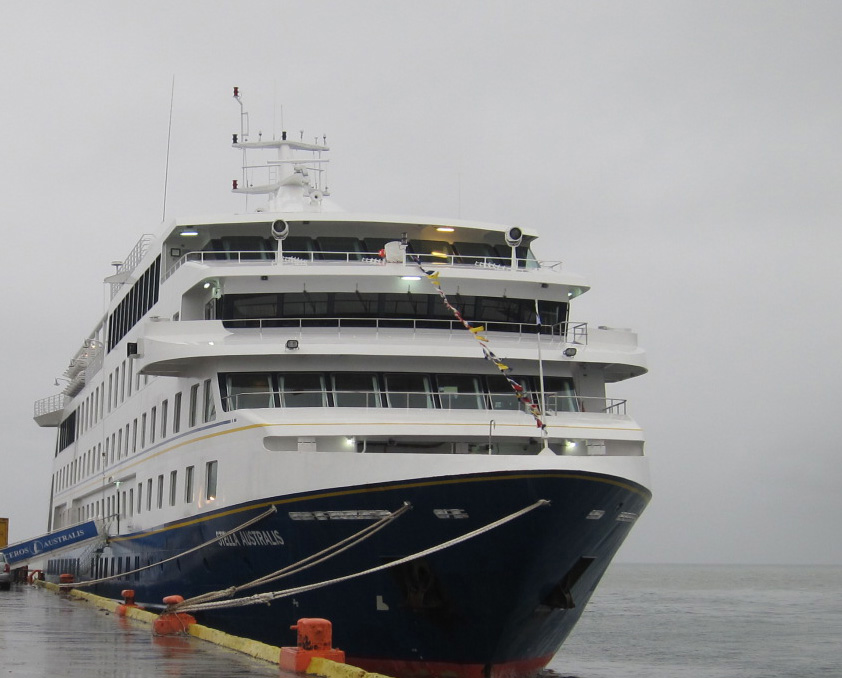 After visiting Punta Arenas and kissing the toes of a statue it was time to board a boat to start sailing through the Straits of Magellan. We boarded the Stella Australis in the afternoon and after a delicious dinner and my first taste of the local cocktail Pisco Sours (yum-yum) I turned in for the night in a beautiful cabin with a large picture window. Little did I know what a beautiful sight I would wake up to. 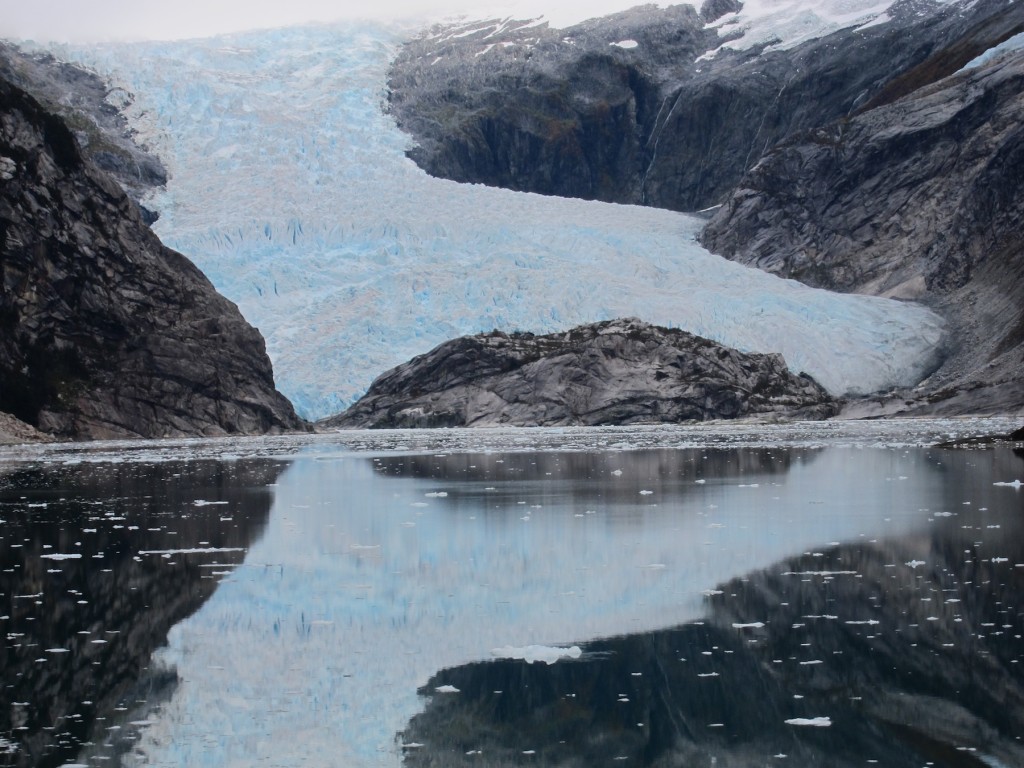 The next morning at dawn I was greeted with my first view of the stark and vast landscape of Tierra del Fuego. Located at the southernmost tip of South America (next stop Antarctica) this archipelago discovered in the 15th century was not settled until the second half of the 19th century. 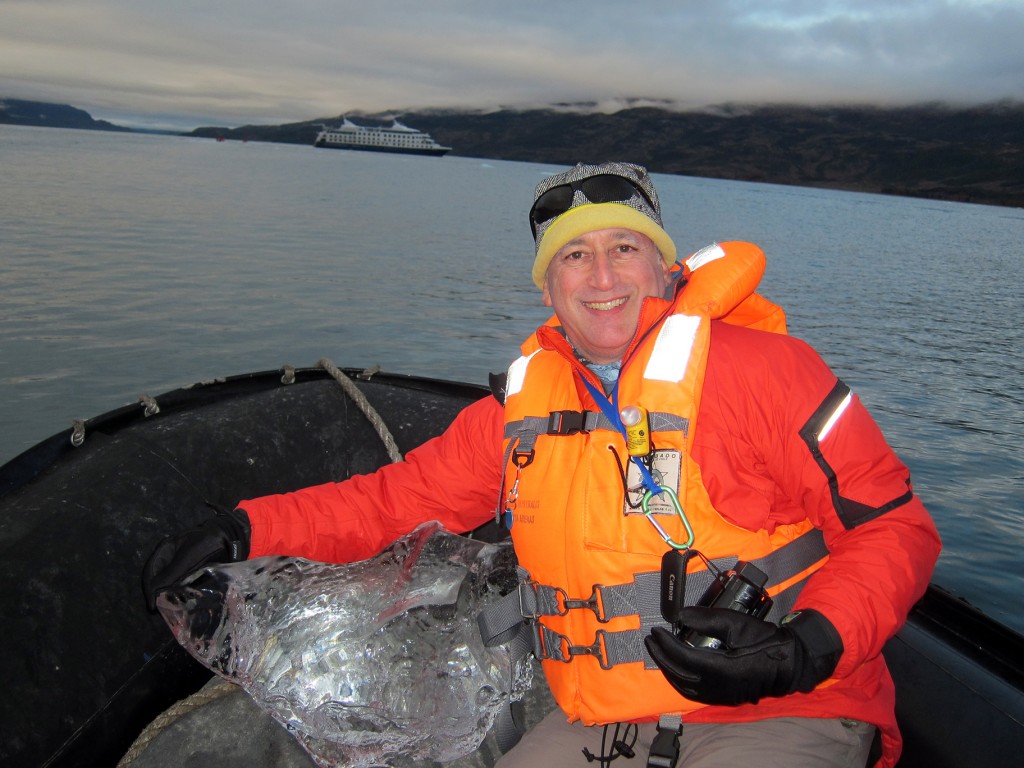 For the next 3 days we did zodiac tours of vastly different climes. One was what can best be described as an amphitheater of glaciers. These glaciers are different from ones in North America as the ice is relatively young ice. What really made it fun was to bring home a piece of ice that was floating nearby to use in a fresh batch of Pisco Sours! I brought home some Pisco (Chilean grape brandy) looked up the recipe on the Internet and served some up for my wife’s birthday!