Time To Hand The Well To The Community

After drilling through rock, hitting water and putting the casings down the well it was then capped off. This was done until a pump test could be conducted which shows the volume of water that flows (they estimate it will be between 25-30 cubic meters per hour – one of the largest in the area) and the pump can be installed. It will then be up to the community to build an enclosure for the well, keep money on hand for maintenance and keep the pump operating. 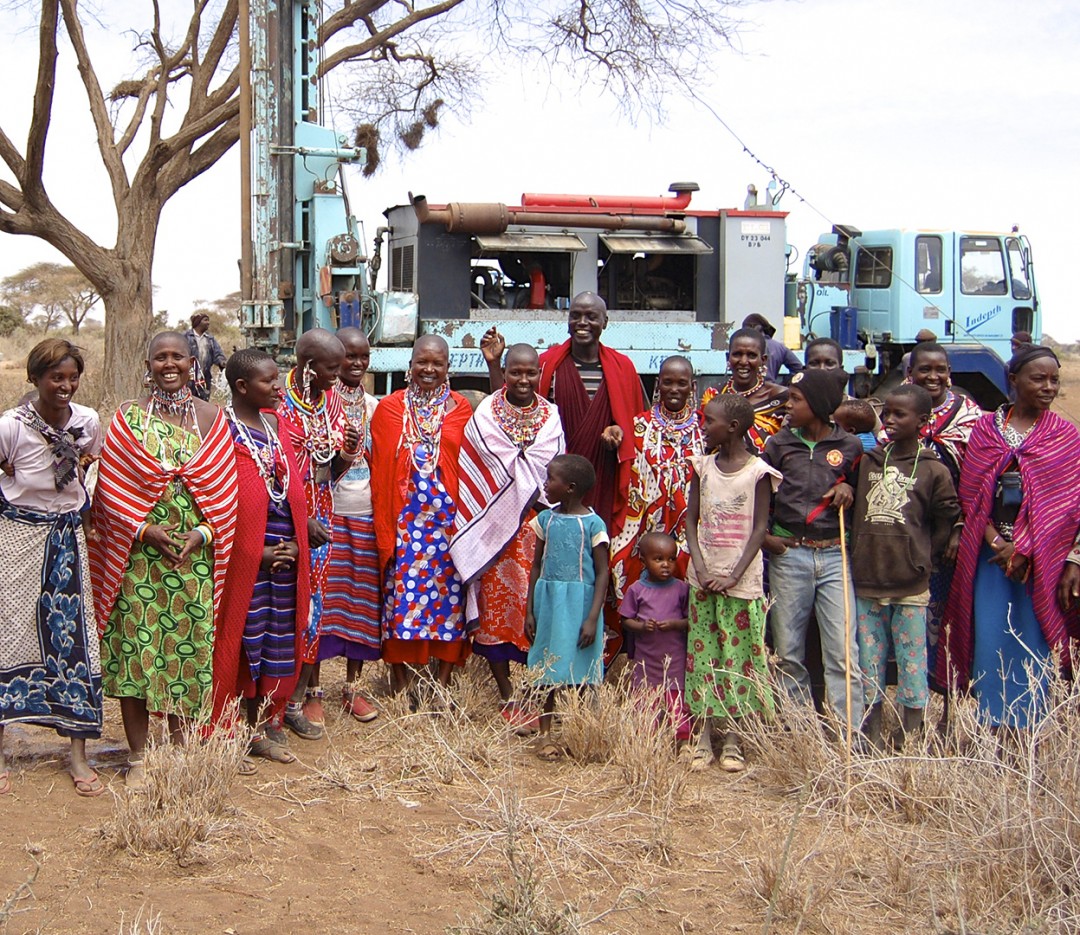 And though I will be gone before the pump test and pump is installed, Patrick organized a community meeting at the well to hand it off. The community apologized that not more attended because many in the community were far away getting water and grazing their cattle, and some were at church, but about 15-20 Maasai men, women and children came. 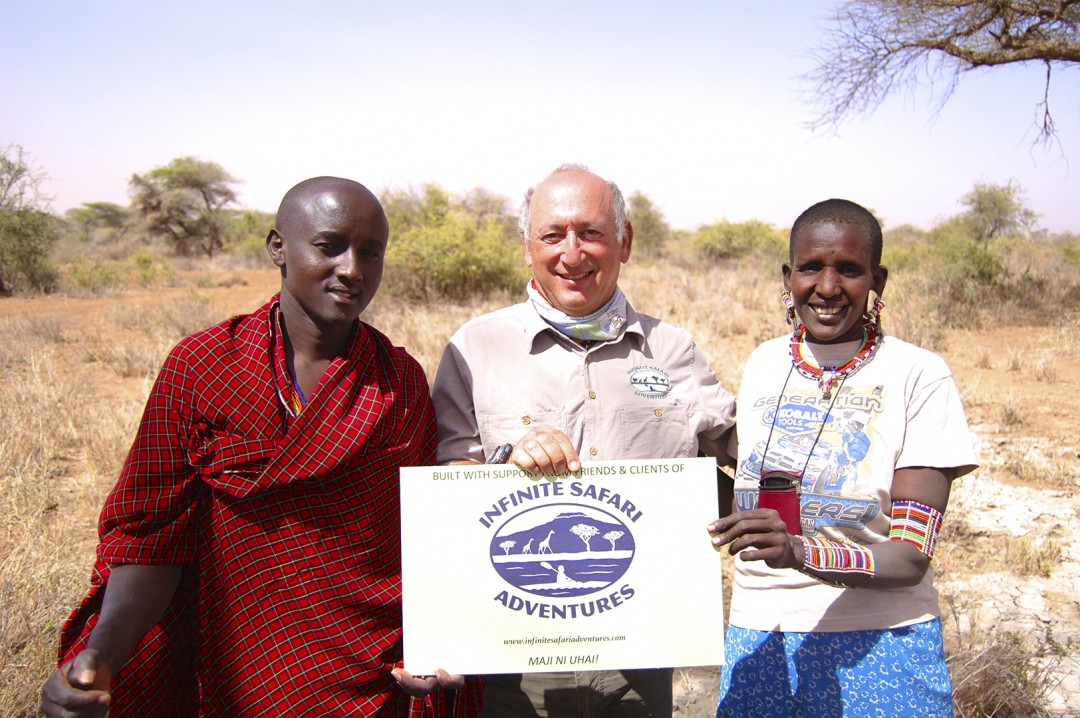 It was a lovely ceremony. A friend of Patrick – Joseph Sankale, who I know, translated. It first started with a speech by the head of the committee thanking me for the well, apologizing that not more attended, and telling me the impact the well would have on their lives. I then spoke and told them I hoped the well gave them three things. Water for their families, water for their livestock and water so that they could grow food. And in return I only asked three things. First that they used the water wisely and without disputes among them, second that they took good care of the well and build a proper enclosure, three that they keep me in their thoughts as I would keep them in mine. I then handed them a plaque to install in the enclosure once it is built. Then it was time for a prayer. After we discussed with some of the committee members what they needed to do. Pictures were taken all around and then everyone left to go back to their village. 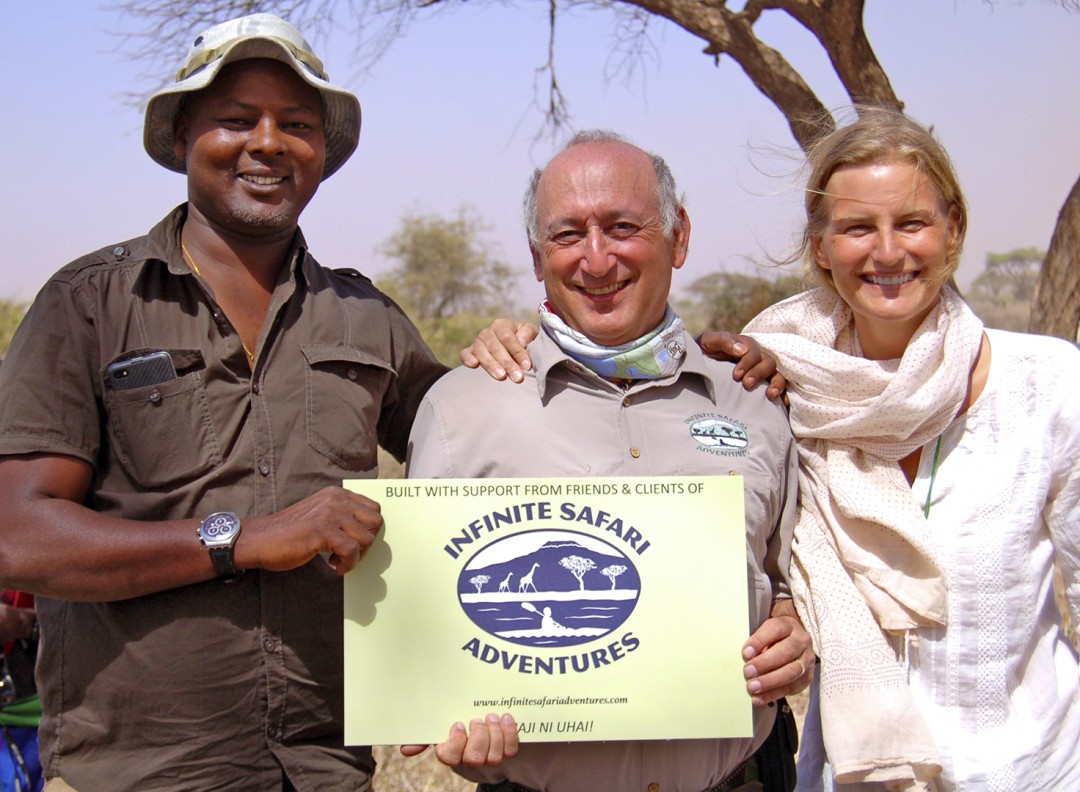 Patrick Olepapatiti, Alan Feldstein, and Carmen Myers of A Voice Is Heard, Celebrating a Success

After that we drove (we could have walked but it was so windy and dirt and dust were blowing everywhere) to the closest village to the well. There I was invited inside to one of their homes. All of a sudden the place is packed with Maasai men and women and one of the men who had gone to school acted as an interpreter. One of the women sat down next to me. She had 4 children (all boys) and told me that she walks 10km for water right now. It takes her about 4 hours. Now she will walk 20 minutes. She also told me that about 50-75 people (they don’t keep track) live in her village along with their cows, goats and sheep. The well is going to benefit this community a lot.

As we drove away I looked around and all I saw was dry, dusty land. I can’t wait to return next year and see the impact this well has made.