No Snakes On Safari

But…You Can Still See Them!

One of the common questions I get from clients is do they have to worry about snakes on safari. I think some people fear that there is a deadly poisonous snake hidden everywhere and that “they will surely die.” 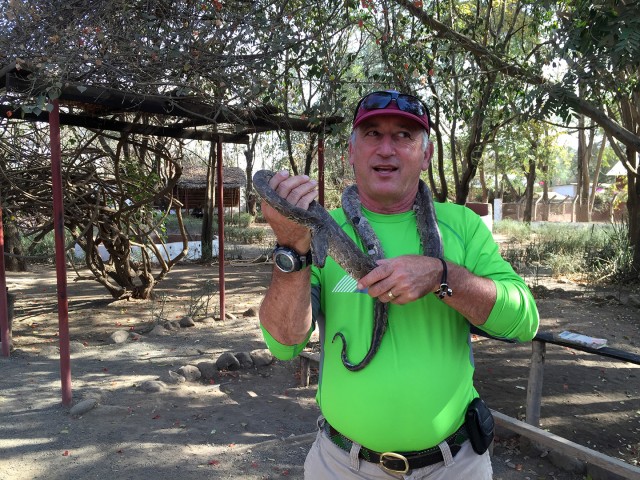 Alan Feldstein at the Snake Park in Arusha

Before my last trip to Tanzania I had seen exactly 3 snakes in the 15 years I have been on safari. The first was in the mouth of a bird, the second had been run over in the middle of the road and a third was slithering across the road and into the bush. I have NEVER seen a snake at a lodge or camp. And while I love wildlife I admit that I am not a big fan of snakes.

But now I have to say I have seen more snakes than ever before, but not in the bush. And thanks to Infinite Safari Adventures’ Vice-President of Entertainment Aidan I have even been up close with snakes. Aidan happens to be the son of Steve & Teena my ground partner. I have known Aidan since he was 3 (now a mature 9) and he is an amazing young man. Bright, personable and very knowledgeable about many things and in particular snakes. He also has a love of snakes and after Steve and I picked him up from school he wanted to take me to the snake park in Arusha near where they live and show me some snakes. And he talked me into getting close to some. 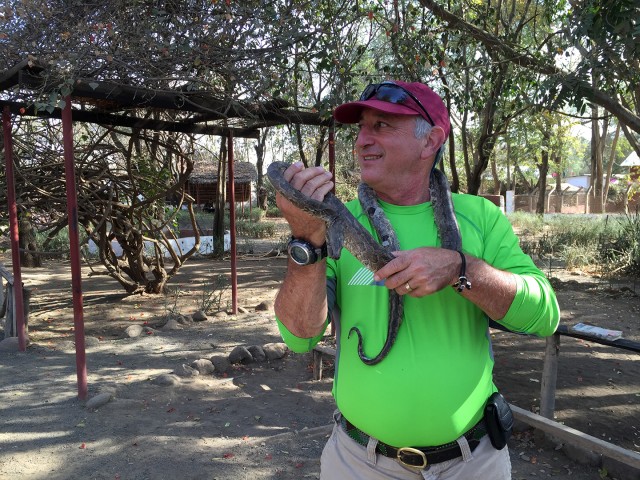 Alan Feldstein at the Snake Park in Arusha

The snake park in Arusha, besides being a very interesting place to learn about snakes, is a vital asset to the community. If someone is bit or needs to know about a snake they come across these are the people to ask and ask for help.

So as the picture illustrates I can no longer say I have never been close to a snake while in Africa (do I have a look of concern?) but I can continue to say that I have not seen one up close on safari!