I first met my ground partner Steve when he and his wife were the managers of Mahale Greystoke. We bonded over a love of kayaking and as I have previously described Steve and I were the first to kayak in an area off the coast of Tanzania. It is how Infinite Safari Adventures was born. 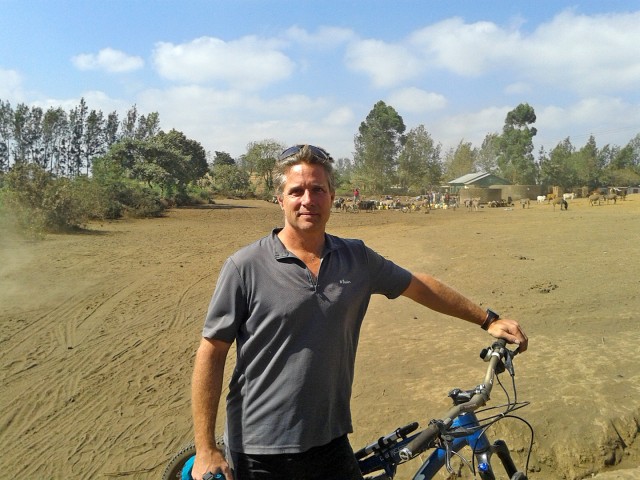 And while I still paddle, Steve’s main love now is cycling. He is part of a cycling club in Arusha Tanzania and is out cycling almost every day and racing. And it pains me to say that he is in better shape than I am (and he does not let me forget that or the fact that I am older than he is).

When I was with Steve a few months ago he invited me out for a ride. I agreed hoping I would not collapse during the ride (My excuse was going to be that we were at about 4000 feet above sea level). The terrain and views in Tanzania are certainly different than in California. We passed Maasai and cows as we paddled along. It was a great way to get over jet lag. 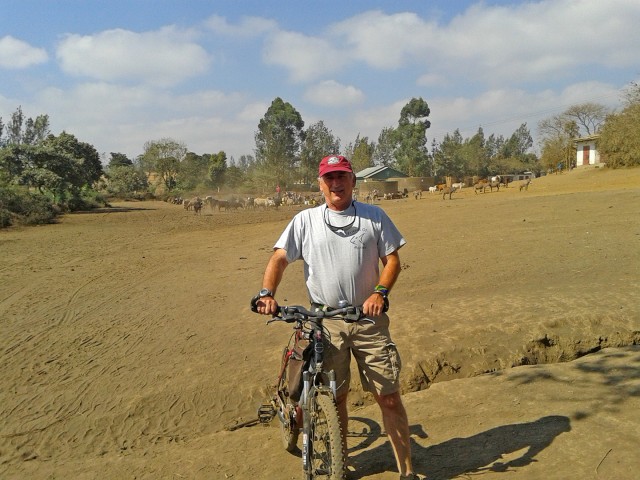 And as we paddled we both got excited about the idea of offering some mountain biking as part of our safaris.