During my recent gorilla tracking expedition in Rwanda, I found myself waiting around to be assigned to a group to track. I stood watching all of the guides having a meeting about their plans for the day. My own guide pointed out one of the older gorilla guides whom everyone seemed to give much deference. 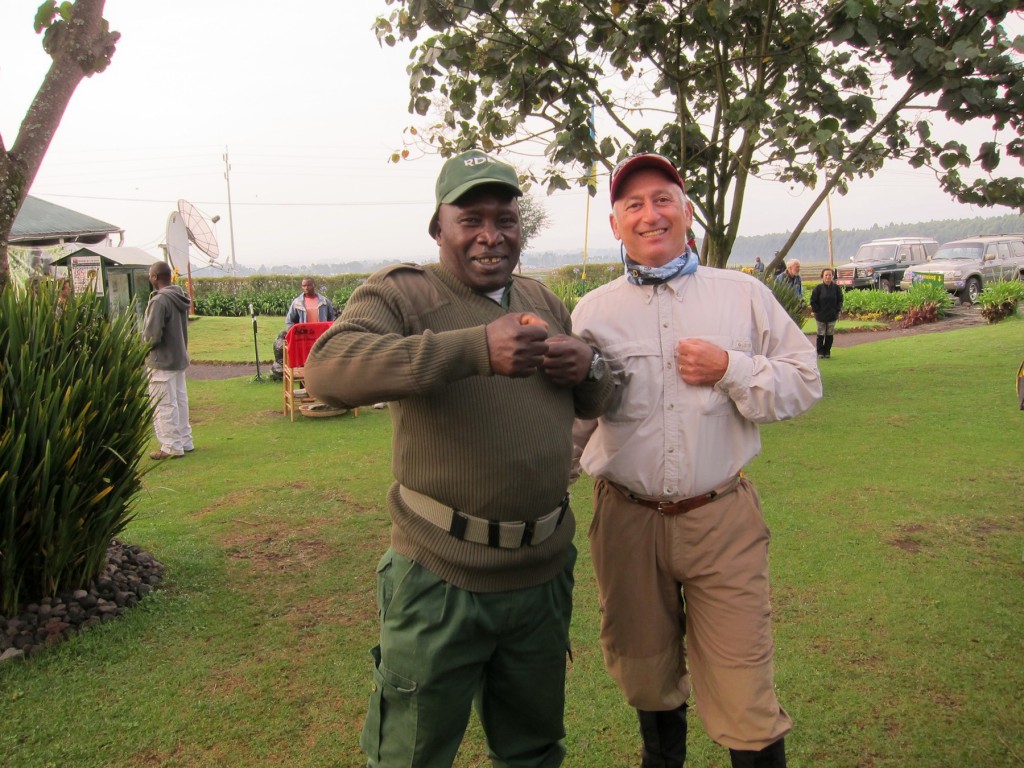 Francois and Alan as Silverbacks

I found out his name is Francois and he has been involved with the gorillas for decades. In fact I was told he started out as a porter for Dian Fossey who was the first to study gorillas in the area (her story was told in the book and film “Gorillas in the Mist”). Knowing that, I had to meet him. After the meeting broke up I went up and introduced myself.

He told me all about his experience with the gorillas and how much they meant to him and his community. You could tell right away that this man was passionate about what he did and loved his job. We then joked that we were the older ones in the group and he laughed and told me that we were both Silverbacks. That is a good thing because we are the leaders and get first choice of all the women! I said if it only worked that way with humans! He then suggested we take a photo in the typical Silverback fashion, beating our chests. It was an honor to meet him and I hope one day to go back and track with him. 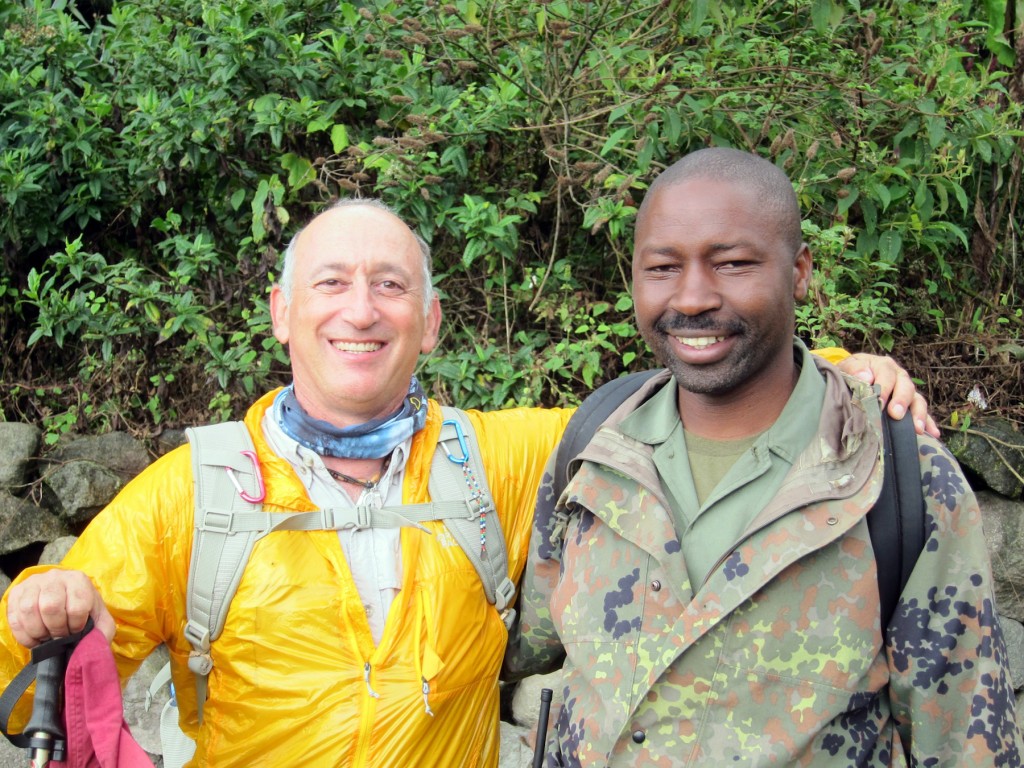 But I certainly was not disappointed with my guide. His name was Patience (which he had) and he had wanted to be a tracker and guide since he was 11 years old when someone came and spoke to his school about the gorillas. In fact at age 11 he wanted to prove he was cut out for the job by going out and climbing to the summits of one of the dormant volcanoes that make up the Virunga Mountains.

Patience truly loves gorillas and when we located our group he pointed out that one of the gorillas was his “daughter” and another his grandchild. When I asked him what he meant he relayed the most wonderful story:

It seems one day he was tracking and came across his “daughter” a young gorilla hanging upside down in a poacher’s snare. The other gorillas of her family were quite agitated but eventually left. During that time Patience ran down the mountain and brought a vet up. They cut the gorilla down, tranquilized her and got the snare off of her. She did not suffer any physical damage and was able to scamper off to find the rest of her family. Since that time he has always felt a particular kinship to her and has adopted her as his “daughter” and she in turn has had a child that he deems his grandchild. The story proved to me his passion and love for our genetic cousins.

Patience also taught me how to “speak gorilla.” Click on the video to listen how to say hello!