There is a Swahili phrase made popular by Disney – “Hakuna Matata.” It literally means “no worries” or “no problem.” I also expand the definition to “life goes on so don’t worry be happy.”

And sometimes things happen that you just can’t control. Diane and I were/are devastated by Heidi’s passing. It will take a long time to get over her loss. She was one of a kind and there will never be another like her. 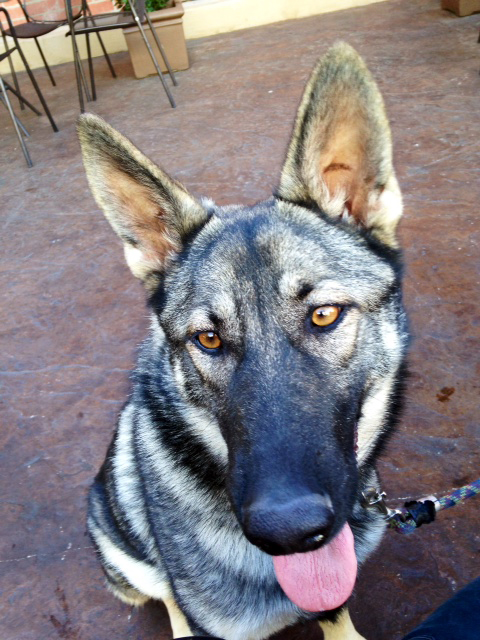 Nonetheless, life goes on. On Monday we received a call from Heidi’s daycare that someone had tied up and left a 1-year old Shepherd/Husky mix in the alley next to them. They called us to see if we were interested in meeting her. Our first reaction was that it was way too soon. We still felt that way on Tuesday when we went to meet her. However on Wednesday we went out on a “date” and spent some time with her. She was great. We had lunch, took her for a walk and also took her to the vet where she was pronounced spayed and in good health.

After much thought over the Thanksgiving Holiday and some advice from people who asked us to think about the fact that she needed a home, we went and got “Alley” That was the name she came with, just as Heidi came up hers.

And while we can never replace Heidi, Alley is a very sweet girl and we are all very happy.