The area that we have decided to drill in is in the Namelok District near Amboseli National Park in Kenya. It is an area known as Noonkotiak. 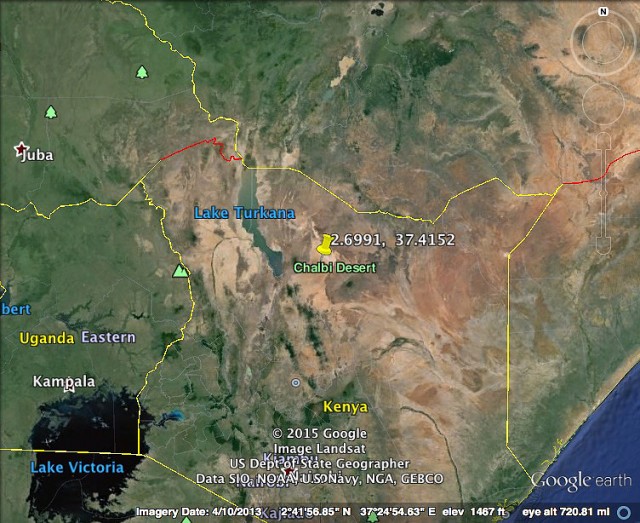 There are over 500 people in this community and water is far away and hard to get. Thus this is a great location to drill a well. But how do you drill a well in the middle of the bush?

The first step is to hire a drilling company that has a drill rig. The one we hired was located in Nairobi and as we were driving down to Amboseli so were they. We were excited when we passed them on the road.

Once the rig arrives at the site along with another truck carrying drill bits, drill extensions and camping gear for the drillers the back of the rig is extended straight up and 6 long pipes each 6 meters long are loaded in a revolving carousel. 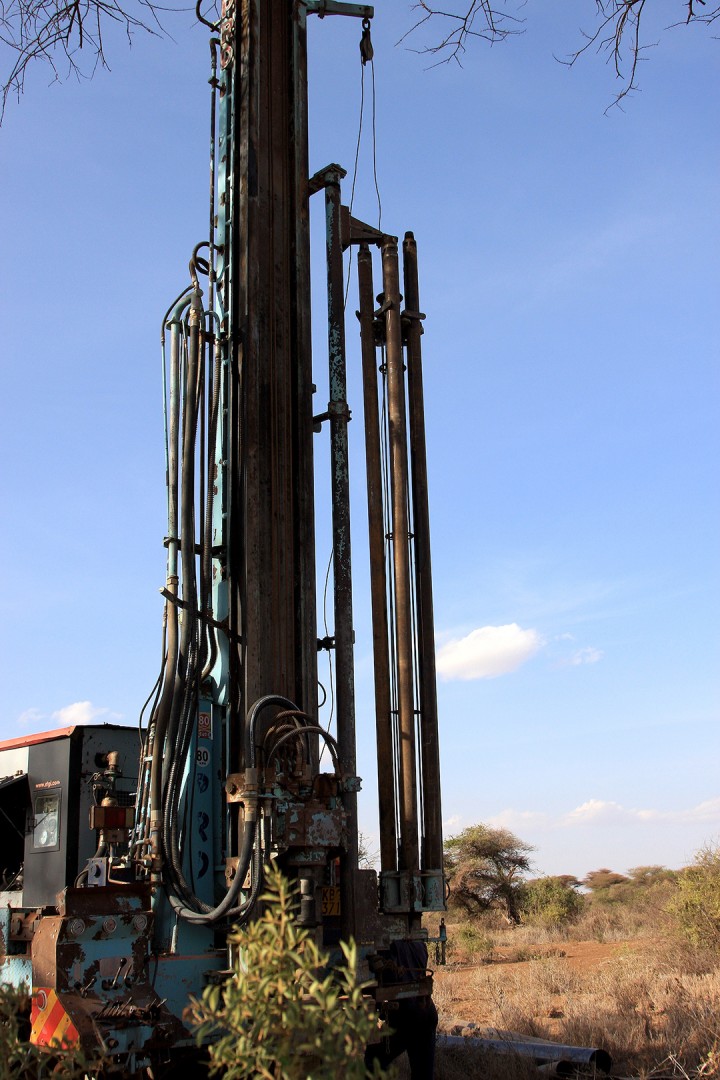 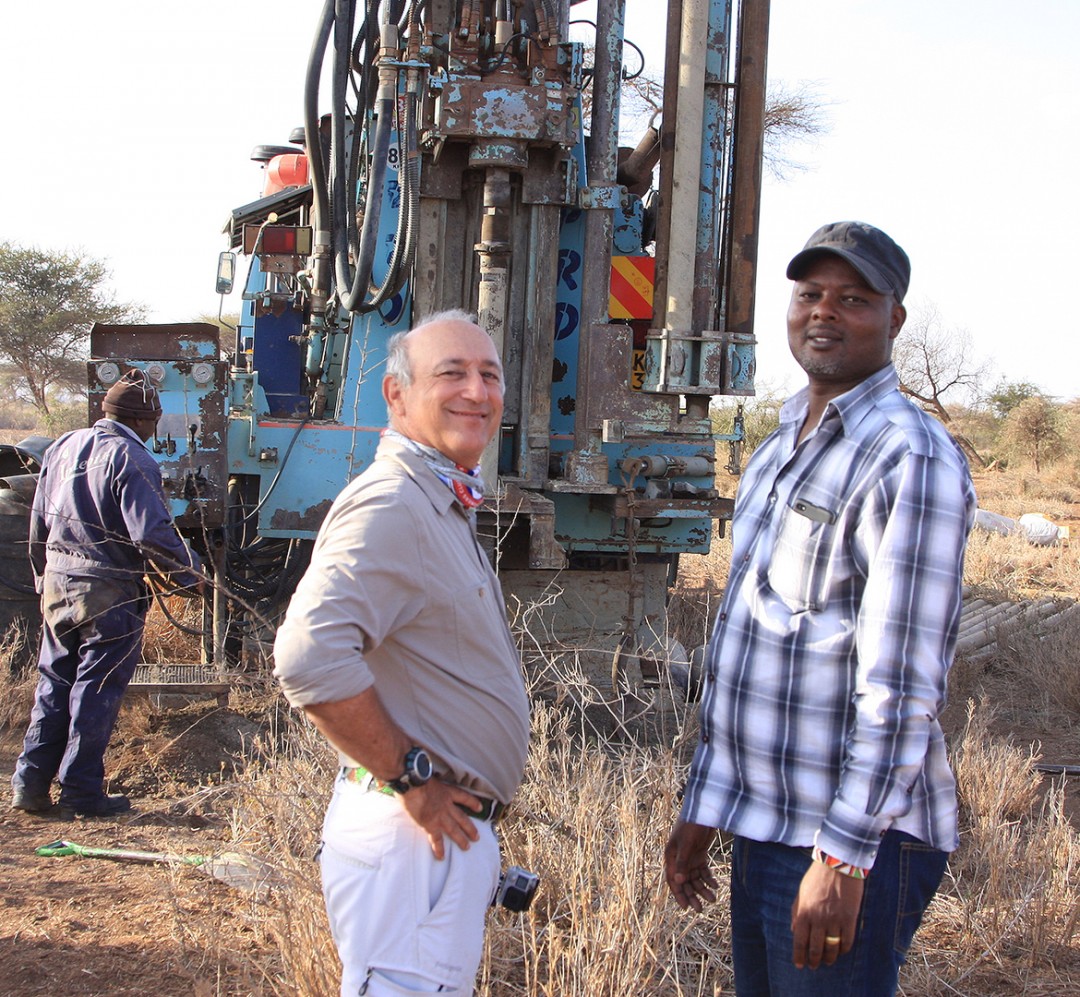 Alan and Patrick Ready To Drill 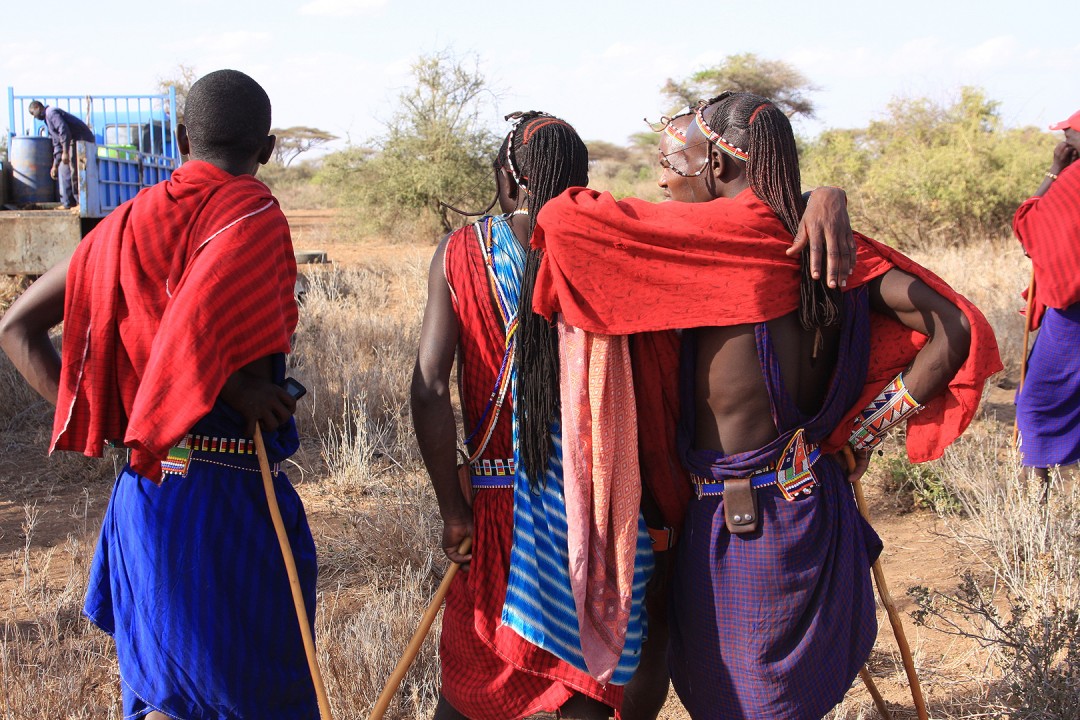 Then stand back because dirt and rock are going to fly as the drilling begins! Once you have drilled 6 meters another extension is added on and that continues as you go deeper and deeper. After each extension a sample of the dirt is added to a tray so you can analyze the soil to see if there is water. In the first day we drilled about 20 meters and did not hit water but we could tell from the wet soil coming up there was water down below.

On day 2 would we hit water? How much?