My day with the Maasai Part 5: Yummy Barbecue

When I discussed the ceremony with Patrick I discovered that once you become a warrior you never eat meat in your home or with your wife. At the ceremony, your wife gives you 4 pieces of meat for the first time since you became a warrior. And then only after this ceremony, when you are an elder, that you now have your wife cook and eat meat with her. At first I did not believe this because I have had many meals in Patrick’s home and most of the time it consisted of goat or lamb. But then thinking back I realized though nothing was ever said, Patrick never ate with us! He would go out to “do something.” So too was it to happen in the temporary village. None of the men ate in the village.

Instead we would walk outside the village to a shaded area. Stools would be brought for those of us who are respected elders. Water would be brought out to wash our hands. Then from out of the bush would come a large piece of meat that had been placed on sticks around the fire and allowed to slow cook for a long time. One of the warriors would take out his knife and slice of pieces of the meat and hand it around until it was gone. Then we would pick soft green leaves to clean the fat and juice from our hands. Later a bowl of broth would be brought. This is a “soup” made from the innards of the animal and herbs gathered in the bush. I have been presented with this broth several times over the years I have eaten with the Maasai. Each time I have respectfully declined. This time I decided why not! As the bowl was passed and I took a sip (tasted like a rich beef broth with a slight taste of blood), Joseph Sankale, again always the one for a joke, said “drink the whole thing” and laughed. I told him he should drink the whole thing and he shook his head no. We all laughed. With apologies to the Vegetarians and Vegans out there – Fresh meat from an open fire. Nothing tastes better. 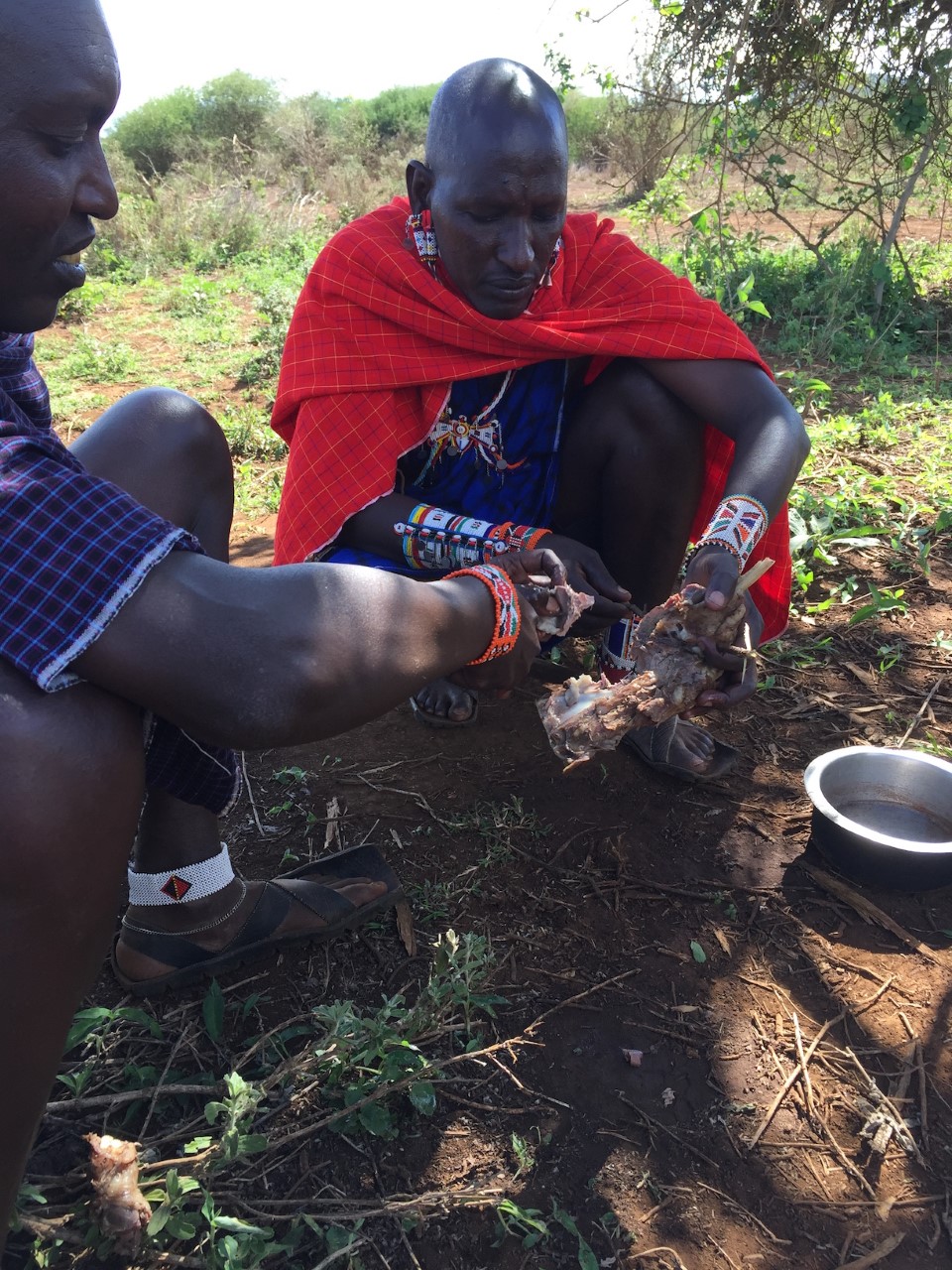