Does the Circle of Life Hold a Fascination for People? Ask The Lion King

Several years ago when my wife was still working at the Los Angeles Times we obtained tickets to see a Broadway performance of The Lion King. How good was it? Let’s just say that if they stopped the show after the opening number with all the dancers in animal masks coming onto the stage I would have still thought it was worth it. It was a beautiful show and captured the splendor and spirit of Africa. So did the movie that preceded the Broadway show. 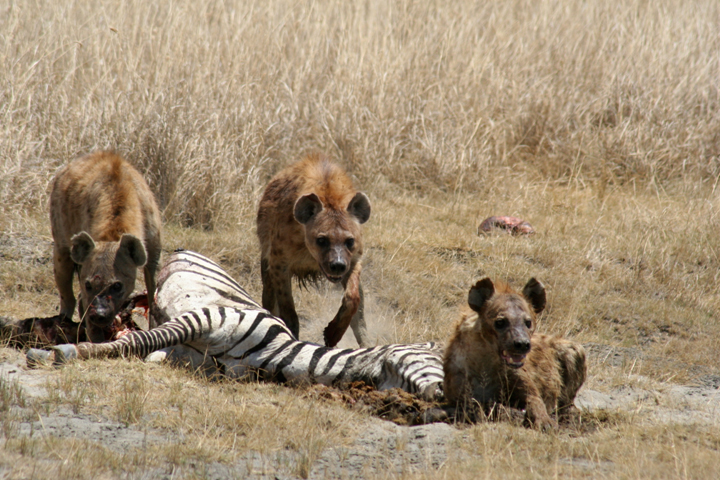 Although I had read that Disney animators had studied real life animals in order to be accurate as to their movements and their character, I saw it firsthand when I first traveled to Africa. These hyenas that I photographed moved – and even seemed to laugh – just like the ones I had seen onstage and in the film.

When my daughter was 10 years old, I took her to NY for a very special father-daughter trip. I took her to the Broadway show. She was mesmerized. Who knows, it may be why she has done volunteer work for Heshima (heshimakenya.org), an organization that helps young women in Nairobi.

My son also saw the movie and loved it, and it may have been part of the reason he too has developed an interest in adventure, wildlife and the outdoors.

Are we the only ones? No – to date the movie both the old and a new 3D version have together grossed almost a half a billion dollars! That is billion with a B! And while great it pales in comparison to the real thing.