Cheers To the Next Generation – Be Very Hopeful

Third Time’s a Charm: Working on a Water Project in Eastern Uganda

I have a good friend Wes Siegner, whose twin daughters are the same age as my son.  Last month we were discussing (and bragging) that they had all just graduated from college and what their plans were.  After Wes finally got a word in (as I was bragging about my  son who graduated with honors in Environmental Education from UC Santa Cruz) he  told me that one of his daughters, Laney, had been spending time in Uganda.  Naturally I was intrigued. Here is her wonderful story:

Laney Siegner with Diana and Florence in Florence’s house, where we stayed this year

A week after graduating from college, I found myself on a British Airways flight out of Boston, headed to Uganda for the third time in three years. In 2010 I traveled there for an Engineers Without Borders (EWB) project with 4 other Tufts students, an interdisciplinary mix of engineers and liberal arts students.  Last summer I went back to do further work in preparation for a water storage tank and pumping system.  I researched community-scale water projects and wrote a Community Water Manual to provide relevant information on waterborne diseases and prevention for the Shilongo village.  And here I was, thanks to funding from various company donations and Tufts grant programs, traveling back to deliver the water manual to my friends in the village. 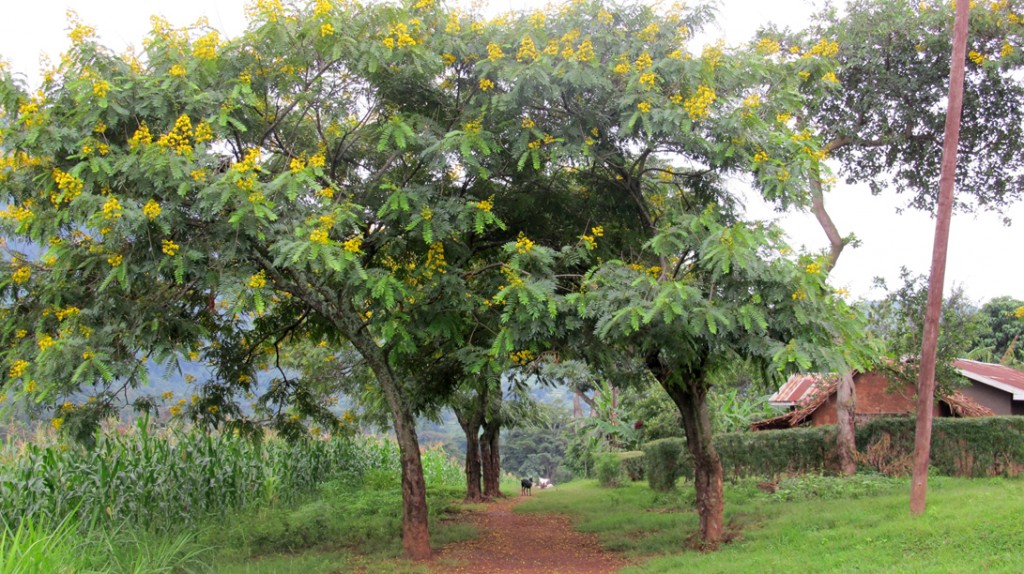 Flowering trees at the entrance to the Shilongo village

To get to the village I along with my friend, Scott McArthur, who started the project in 2010, took a bus from the crowded chaotic bus park of Kampala to the quieter but still busy streets of Mbale, and took boda-bodas (motorcycle taxis) into the Shilongo village in Nyondo.  We spoke Lugisu, the local language, and stayed with our friend Florence in her mud hut with her three boys.  We traipsed around the village greeting and talking to people as we went, allowing ourselves to be redirected according to the whims of our local hosts who wanted to show us all the parts of their village water “infrastructure.”  A lot of what we saw was already familiar to us, but just by taking a more passive approach and encouraging conversation to go on without our direct guidance we learned a lot more about what went wrong with our first implementation attempt and how we can best correct that with an automated pumping system or motor at the main borehole. An important lesson for me was the value of listening and going with the flow, and most importantly living as one with the people you are working with on projects such as these. 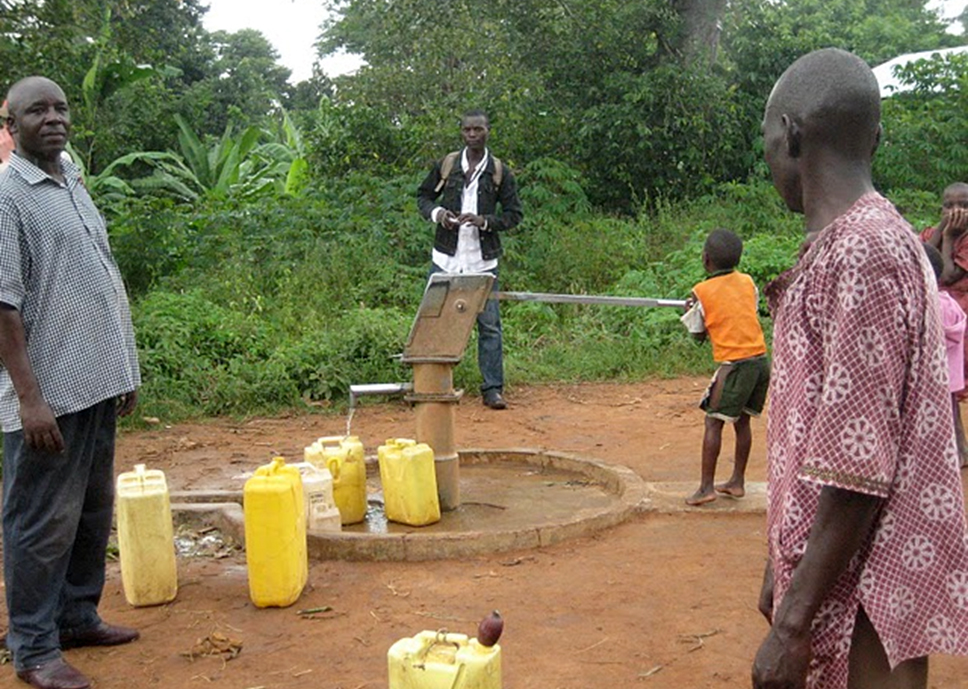 The main borehole where the community and surrounding school children line up their jerry cans. It is the only source of clean drinking water in the village and serves about 3000 people.

After saying our goodbyes, cooking chapatti, and eating fresh chicken slaughtered in our honor we got back on the plane a week and a half later labeled “real Ugandans” by our gracious hosts.  And I still have some red Ugandan dirt under my toenails to prove it.

So when you think all young people think about is tweeting, texting and partying realize that there is a lot of good work going on by the next generation who I am confident will have a positive impact on our world.