(Who Was The Tourist Attraction?)

One of the things that was arranged for us was a tour of the city in a Trabant. This East German made car was also known as “the small smelly” and “the paper jaguar” 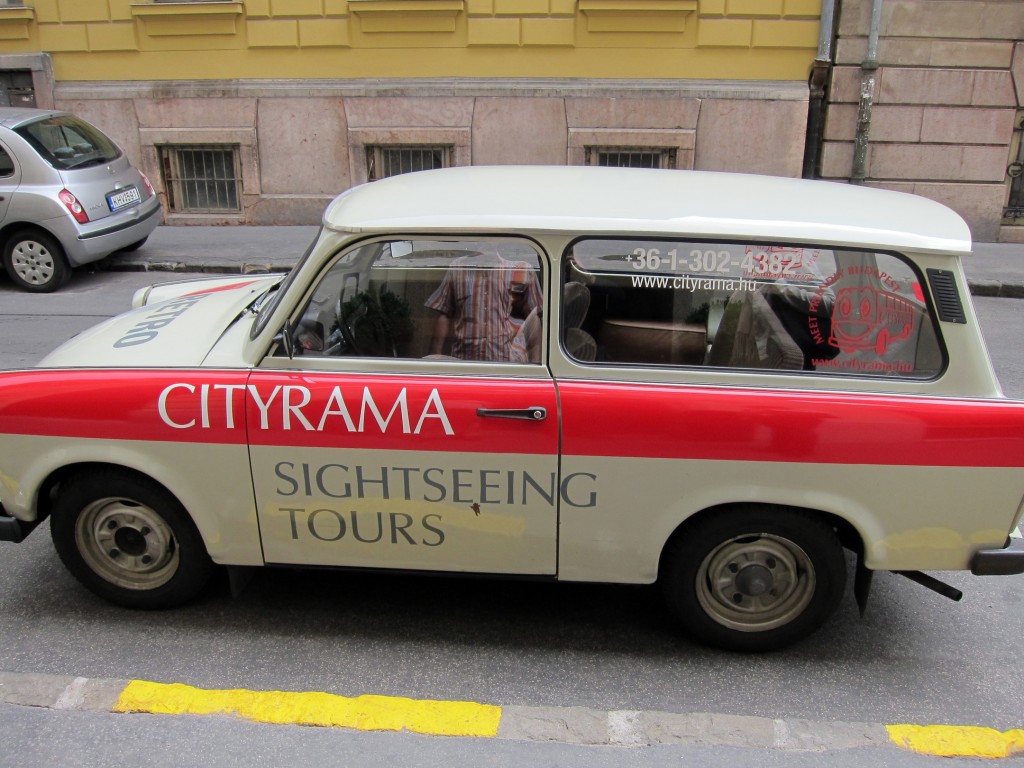 In actuality the Trabant was made with a steel frame and the rest of it made with Duroplast. Duroplast was a hard plastic (similar to Bakelite) made of recycled materials: cotton waste, wood pulp and resins from the East German dye industry, making the Trabant the first car with a body made of recycled material. For this reason it is sometimes called the “paper car.” 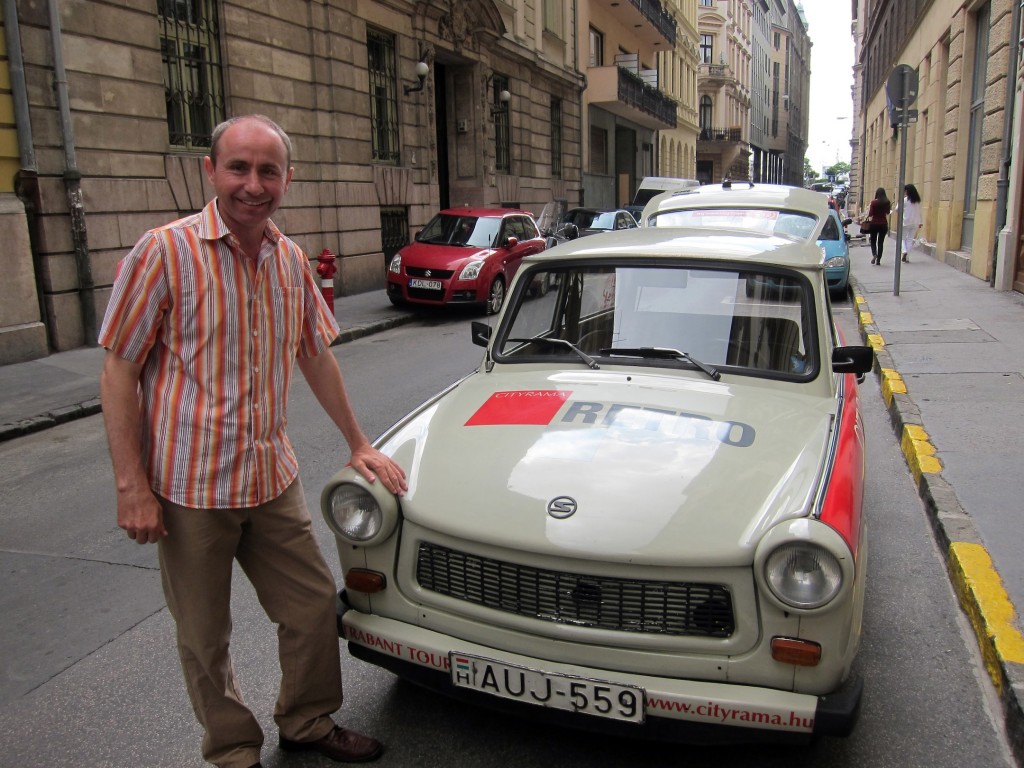 Zoltan & His Trabant – How does he fit?

At one time Time magazine rated the Trabant as one of the 50 worst cars ever made. Like anything the Trabant has good and bad points. Good – cheap, carries a lot of cargo for its size, easy to maintain. Bad – no safety features, smoky and smelly and very little power – but a good car for getting around town. It has a small 2-stroke engine (I am not a car guy but think lawnmower engine) that you have to add oil to the fuel so that it operates properly (and thus the reason why it is nicknamed the “small smelly” – oil burns). 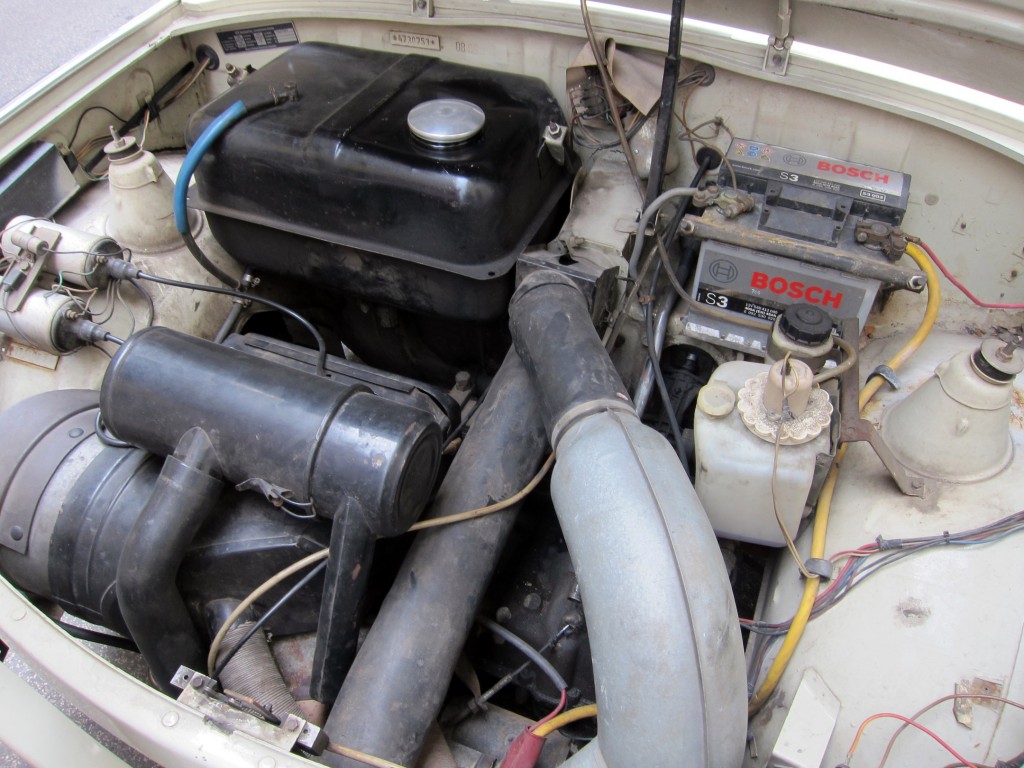 Our tall driver Zoltan who could barely fit into the car picked us up and off we went on a fun and informative tour of Budapest drawing looks and photographers everywhere we went. We smiled and waved when tourists snapped our picture. You have to be strong to drive this car as there is no power steering and no ABS brakes. We laughed as Zoltan grunted when he turned the wheel trying to parallel park. Zoltan was a great guide in giving us a feel for Budapest before the wall came down. 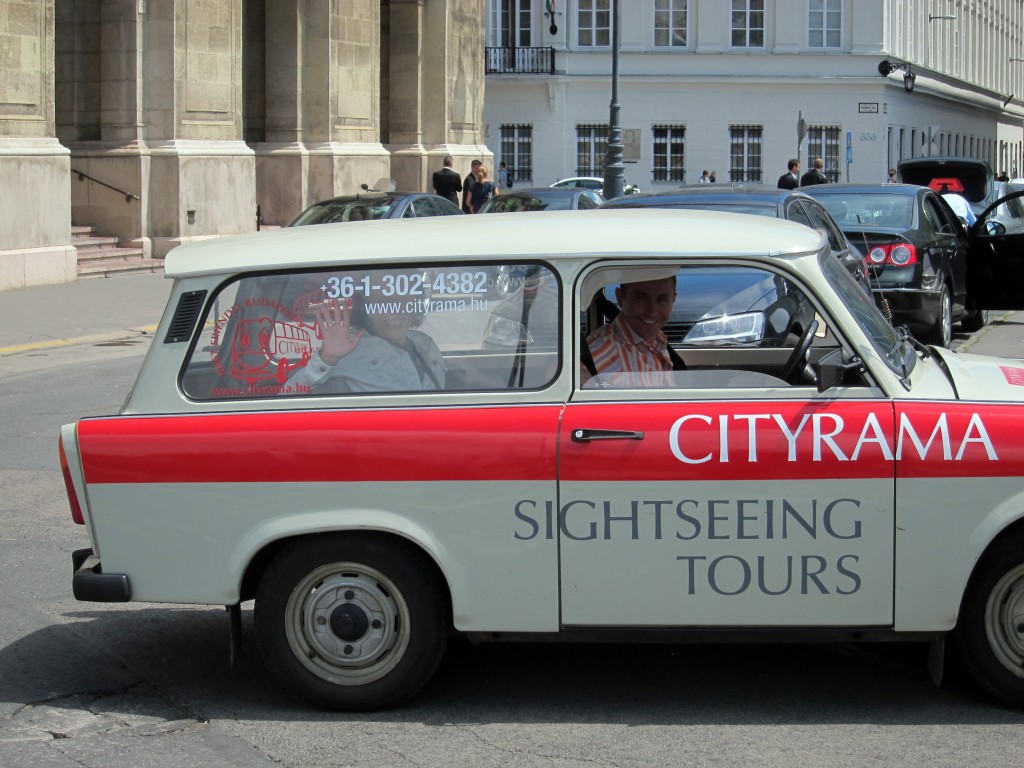 Diane In The Trabant

It was a fun way to see Budapest and I could imagine thousands of these on the road behind the Iron Curtain as we drove around. I asked Zoltan what other makes of cars were sold at that time. He rattled off some names but one he said – the Lada — was the one you had to be careful of. Black Ladas were driven by the secret police so when you saw one pull up and park in front of your house the first thing you did was RUN!