Where Art Thou Gorillas?

After a very long drive and a less than spectacular stay near the Bwindi Forest National Park it was time to go gorilla tracking in Uganda. 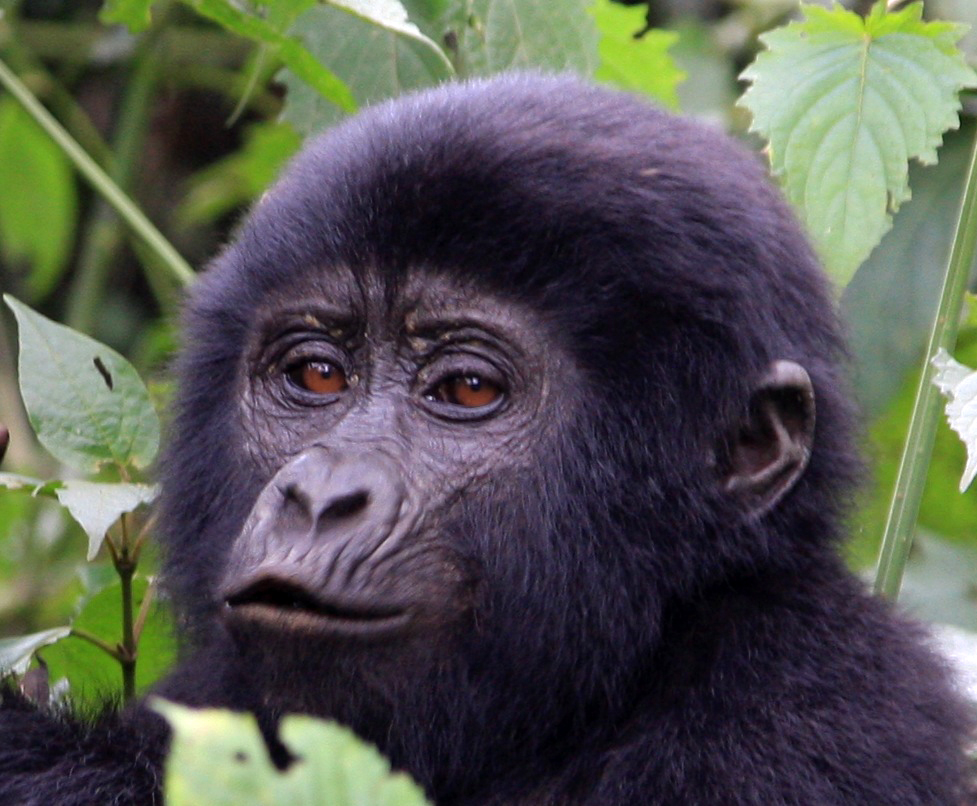 I arrived at the park and looked around at all my fellow hikers. I immediately noticed that everyone had gaiters or had their pants tucked into their socks. Not wanting to feel out of place I did the same and then learned it was a good idea as the trails we were going on had vicious biting ants and you did not want them crawling up your leg and biting you! I also heard a discussion of having gloves, as there was the possibility of grabbing onto some stinging nettles. I did not have gloves but I grabbed some socks to use as gloves just in case. The important thing was that I was making notes of these things, as they were important details I would want to give my clients. Gaiters or pants tucked, gloves and a walking stick were definitely were going to be on any future packing list supplied to my clients.

We then received a briefing about the gorillas from our guide. We discussed how far away we would have to stay away from the gorillas (7 meters or about 20 feet). We also found out that we would be allowed to spend only one hour with the gorillas, not to run if approached by a gorilla, and to crouch, move back or whatever our guides instructed us to do. 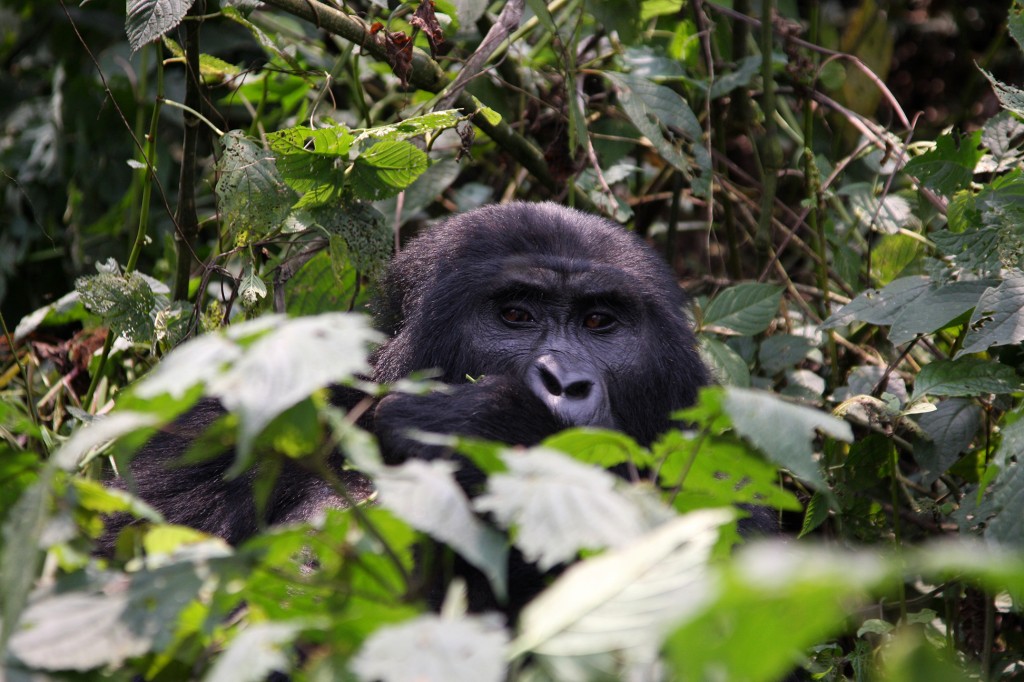 After the briefing we were separated into groups of 8 introduced to the family we would be tracking and introduced ourselves to our fellow trackers. We hired porters to carry our bag and help those who needed it. Hiring porters is important, as this is a major source of income for these people – many who had been poachers but now were trying to earn an honest wage.

I had a wonderful friendly group – 2 women from Italy, one guy from England who was working on water issues in Uganda, a couple from Washington who had lived all over the world working for Shell Oil, and a father and daughter from Illinois who had traveled extensively. 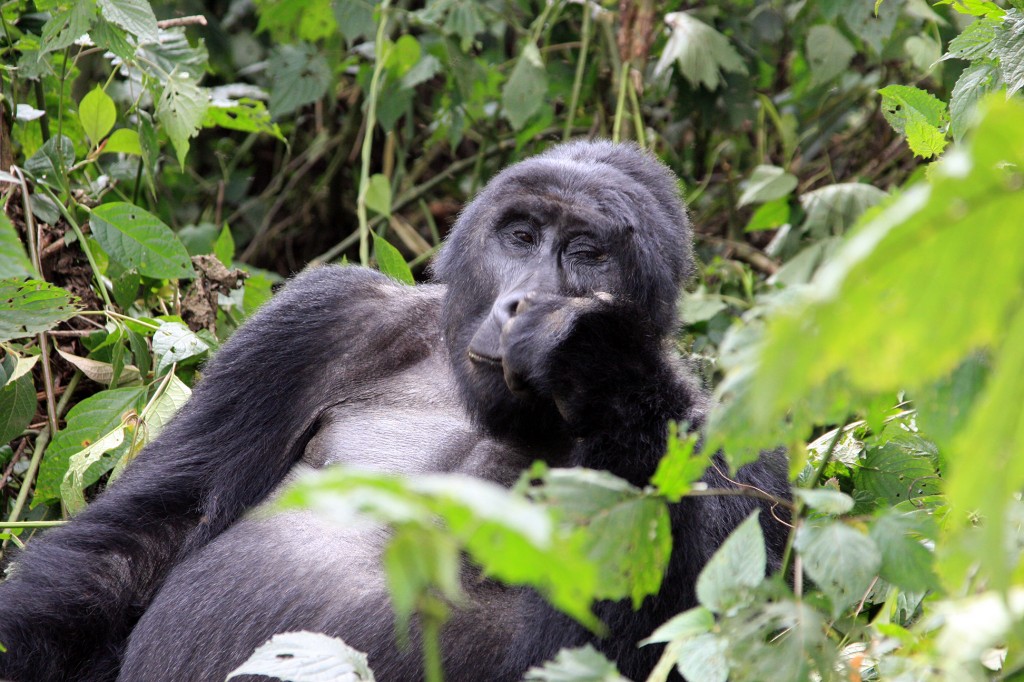 Silverback ( The Old Head of the Family )

Off we went and up on trails and bushwhacking through the forest, keeping our eyes out for mountain elephants (we did not see any but saw their fresh markings). After about 3 hours we met up with trackers who had been up in the hills since early in the morning. We were told the gorillas were close by. Sure enough after we left our bags with our porters we walked about 20 yards and there they were! It was a wonderful sight. It is more awe-inspiring than you can imagine seeing these gorillas in their natural habitat. At one point the silverback (the old head of the family) who was sitting back relaxing got up and moved close to me, only about 5 feet away. All of a sudden he turned and shouted at me, lifting his menacing arms. The guide said, “don’t run.” He did not have to tell me twice – I was scared stiff!