Amarula Liqueur: Safari in a Glass

I live in Studio City, California in the San Fernando Valley of Los Angeles. Down the road from me is an area known as Tarzana. Tarzana has a quirky history. It was developed on the site of a former ranch owned by author Edgar Rice Burroughs of Tarzan fame. In 1998, in order to promote local business, a stretch of Ventura Boulevard in Tarzana was dubbed Tarzana Safari Walk. 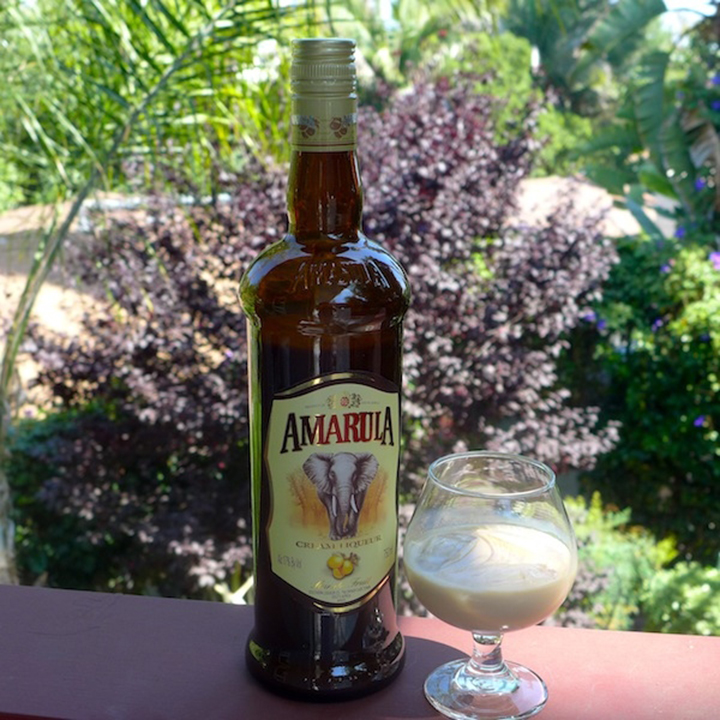 A Marula with Bottle

While I encourage people to go to Africa on Safari, I am not adventurous enough to brave the wilds of Tarzana (you have to watch out for that ferocious SUV trying to wedge into a compact parking space!). After returning from Africa there is a way to continue the flavor of your safari.

Back in 2005, Diane and I had the good fortune of tracking chimpanzees in the magical Mahale Mountains on Lake Tanganyika in Tanzania, Africa. Besides meeting the chimps, we were introduced to Amarula, a South African cream liqueur made from the fruit of the marula tree, also known as the Elephant Tree because elephants love the fruit. In fact, YouTube is full of videos of drunken elephants and monkeys who consume too much fruit that has fermented after falling to the ground.

We lugged home as many bottles as we could, hoarding each sip for special occasions. But about a year later we spotted the distinctive elephant labels at our local liquor store, and later just down the road at the big box liquor chain store BevMo! It’s probably in a store near you. With a 17% alcohol content, Amarula is sure to conjure dreams of Africa. Cheers!