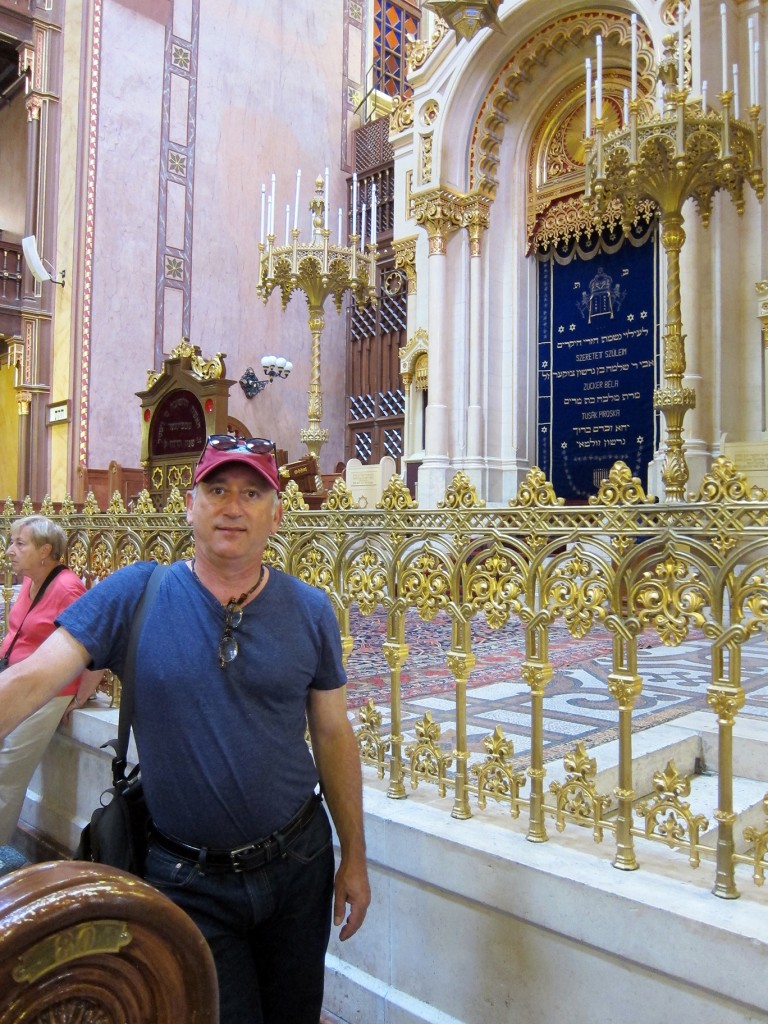 Alan In Front of Altar

On our last day in Hungary we had the opportunity to visit the Synagogue in Budapest. It is a magnificent building that has been completely restored. It had been destroyed during WWII when the Jewish area of Budapest was walled up as a ghetto. And then towards the end of the war even though Hungarian Jews had not been taken to the death camps before more than 600,000 Hungarian Jews were killed in about 6 months. 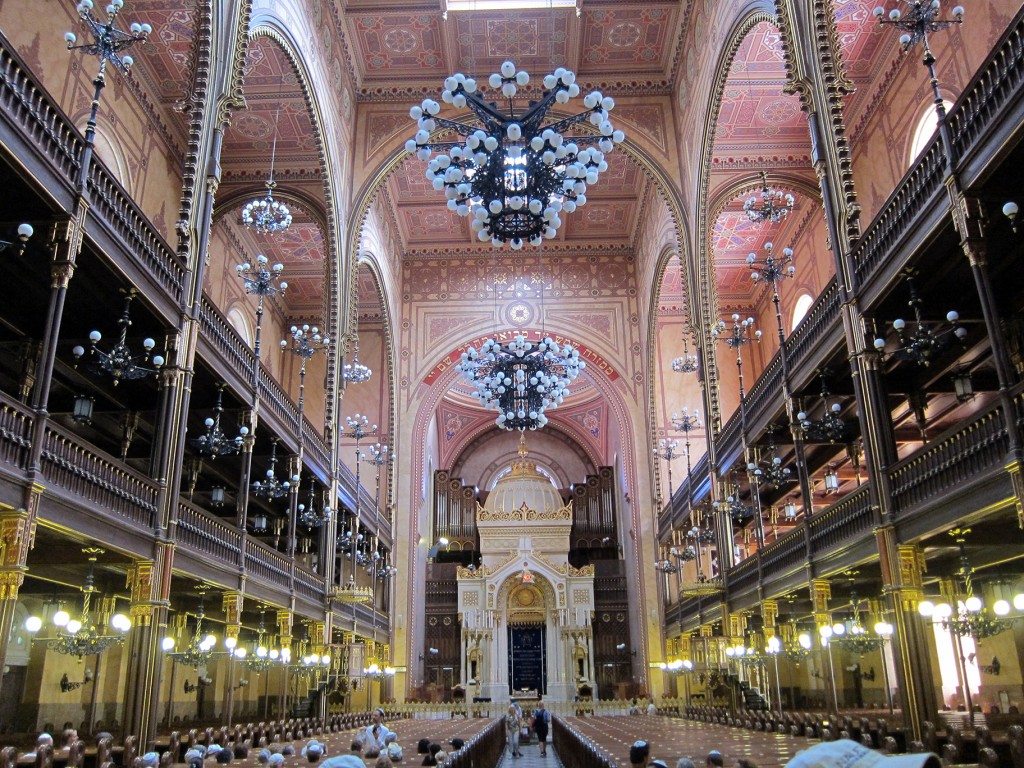 What made this visit even more moving to me is that Diane and I have a friend, Suzanne, who as a teenager was taken to a concentration camp with her mom and little brother. Her brother did not survive. In 1956 she left Hungary by escaping across the border to Austria. Now an art dealer surrounding herself with beauty, her stories about her ordeals are spell binding. 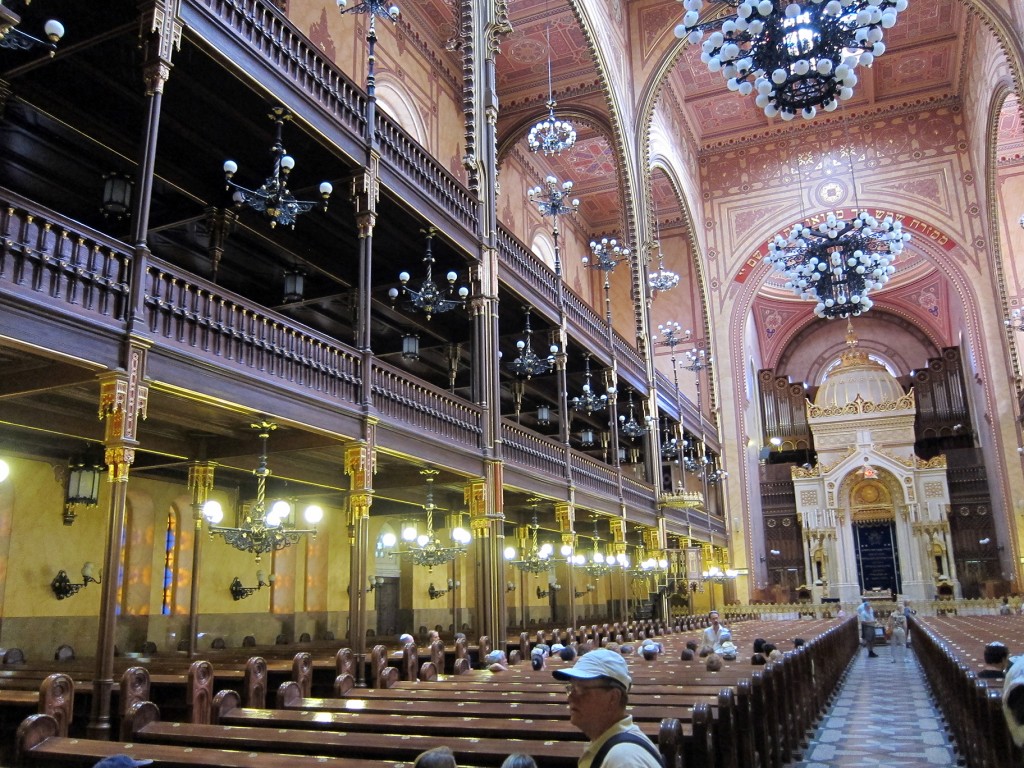 While taking a tour of the synagogue I was looking at some photos of Nazis who were standing over a pile of bodies and realized that I was standing in the same spot. It sent shivers down my spine. You don’t really realize unless you see it first hand that the horror that is the holocaust was very real and affected a lot people. At a different time – it could have been me. 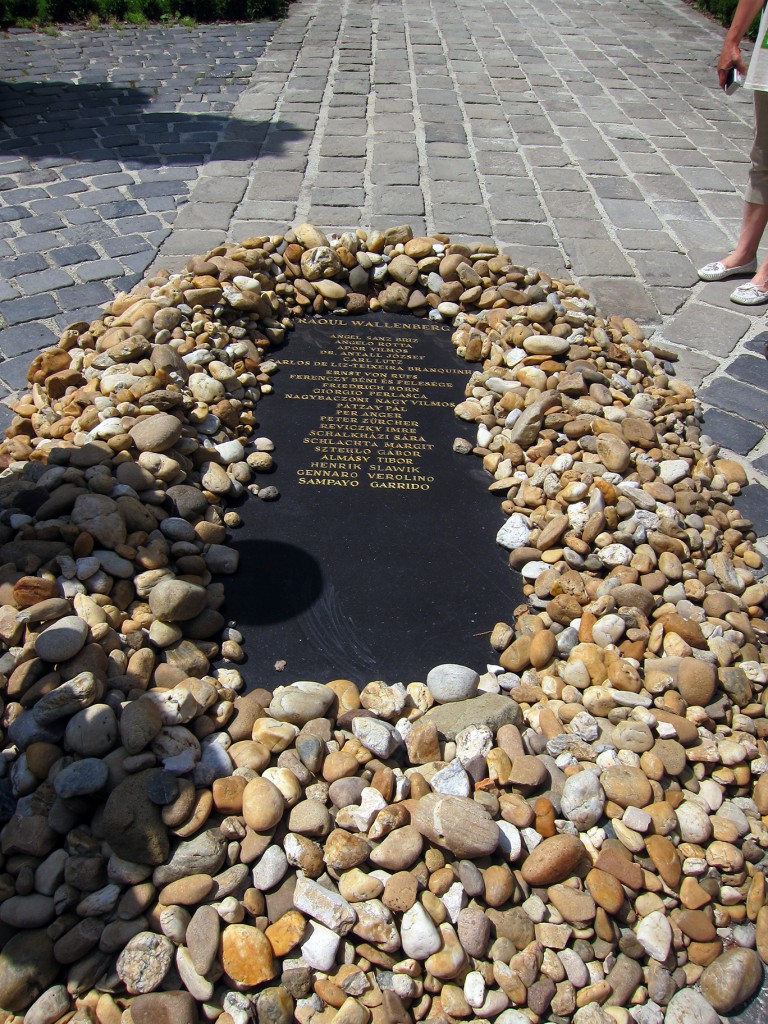 Remembering Raul Wallenberg and other heroes

But the tour also showed some humanity as well. Behind the synagogue is Raul Wallenberg plaza named after the Swedish diplomat who issued protective passports and sheltered Jews in buildings designated as Swedish territory — saving tens of thousands of lives. In the middle of the square is a weeping willow made of metal with each silver leaf having the name of a Hungarian Jew killed during the holocaust – including the little brother of our friend Suzanne.