After 3 days on the boat it was time to say goodbye to our hosts. Fortunately I still had a few extra days and even more fortunately I had met some great people on the boat as well. So my new friends Nick Mead of Auckland Sea Kayaks and Mike Ritenour of Underwater Design Development rented a car and northward we went to Torres del Paine National Park. 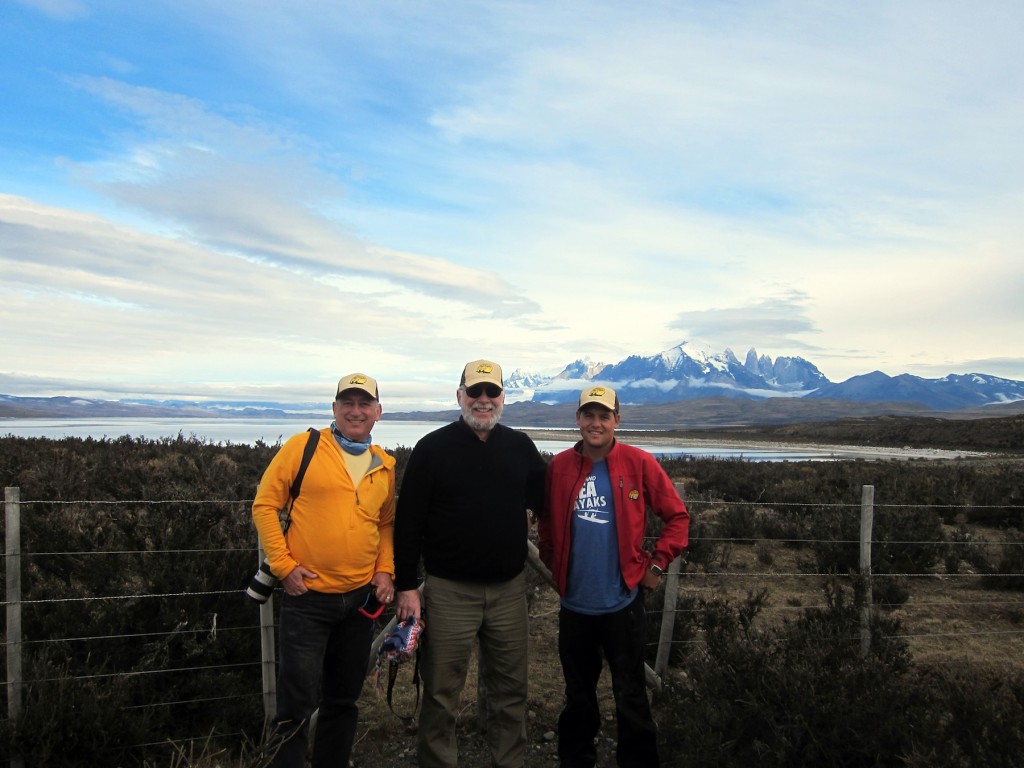 This iconic Chilean park encompasses mountains, glaciers, lakes and rivers in Chile’s Patagonia region. And with Mike and Nick I saw all of those things and more, including pink flamingos and guanacos. On the first night we were the guests of Mauricio and Joe Kusanovic who we met on the boat. They manage the family owned Hosteria del las Torres. Their terrific hotel and property is situated on their still working family farm (founded by their grandfather). With the best view of the mountains and located right on the best hiking circuits of the park it is a wonderful place to stay. 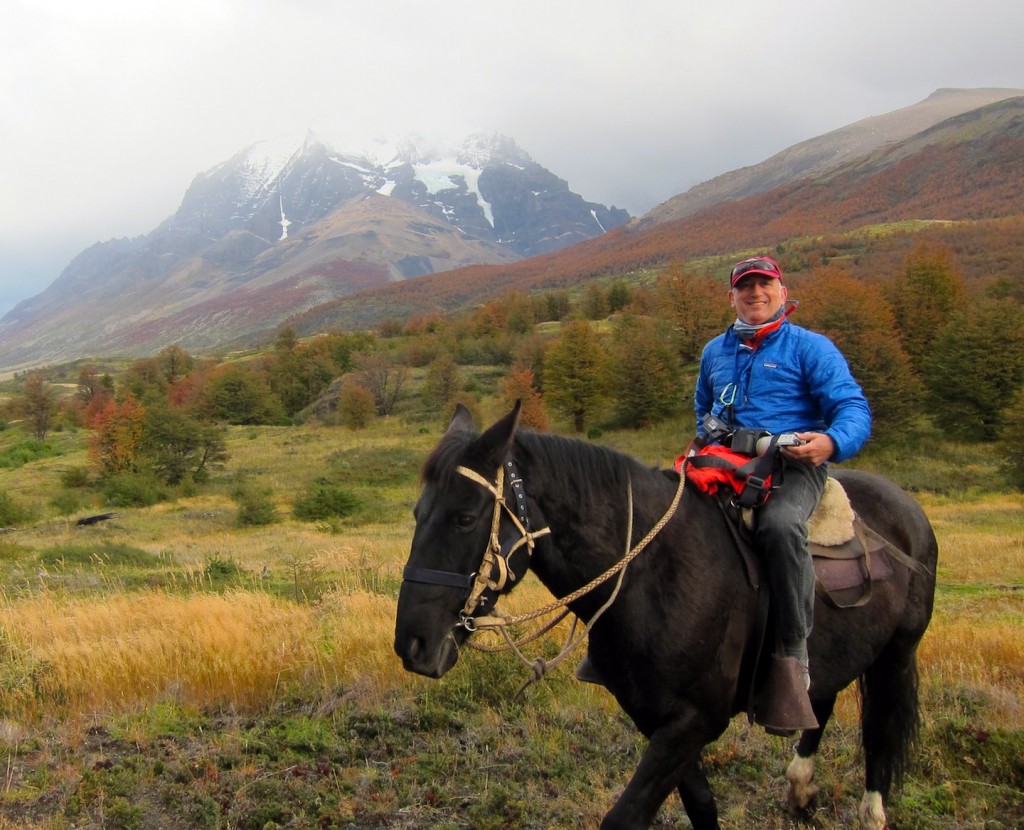 We did not have time to go for hike so Mike and I went for a horseback ride! It had been a long time since I was on a horse but I went on a beautiful ride through the ranch and park. My horse was named ______________, which I was told roughly translated to the feeling. 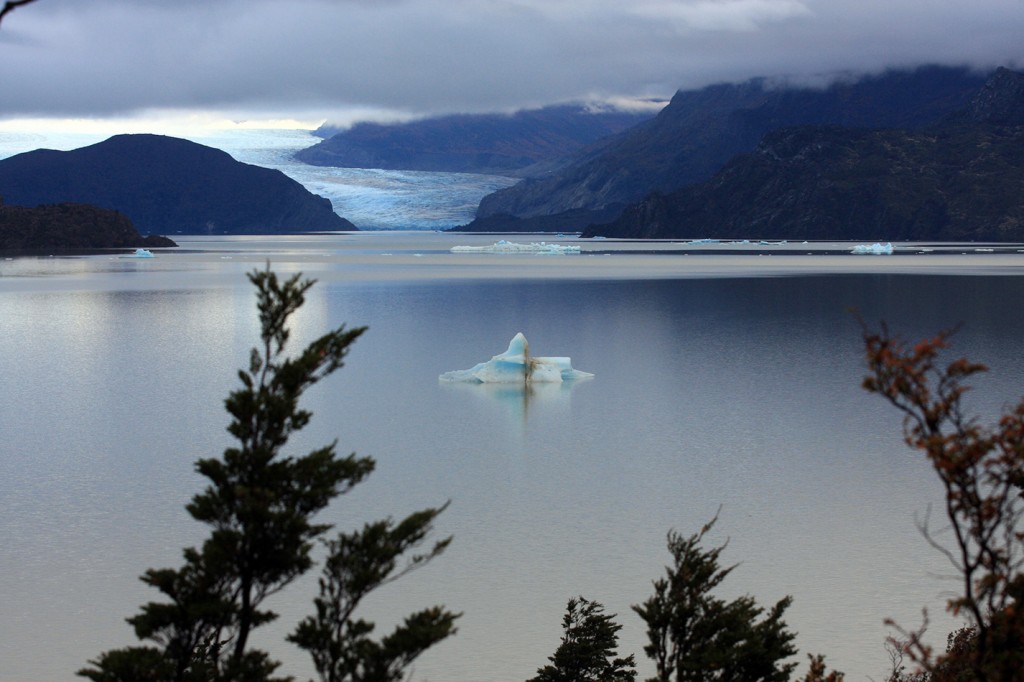 The next day we drove to a different part of the park where the Grey Glacier is located. I wanted to change Shakespeare’s line from Richard III – A horse! A horse! My kingdom for a horse! To “A kayak, A Kayak! My kingdom for a kayak.” But unfortunately it was off season so it was too cold to paddle. This is a beautiful place to kayak including paddling around icebergs breaking off from the Grey Glacier. Nevertheless we had a great hike to see the glacier. 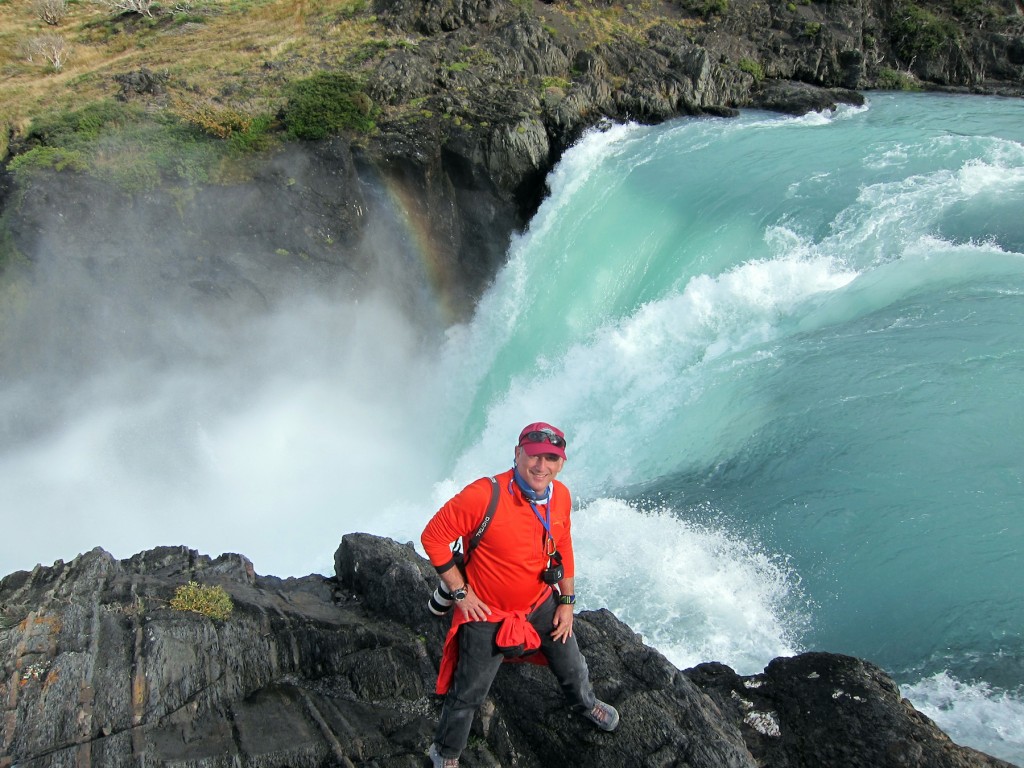 Mike, Nick and I shared the driving (though for some reason I was the only one who got stopped by the Chilean police – just a checkpoint) and it was great traveling with these guys. Not only did I get to see another beautiful part of Chile but got to make two very good and new friends.