On any trip including a safari we always like to bring home a souvenir. On an African Safari there are some t-shirts and of course the beautiful beaded artwork and jewelry that is created. But did you know there is another type of art you can acquire (if you can find it)? It is called a Tingatinga painting. 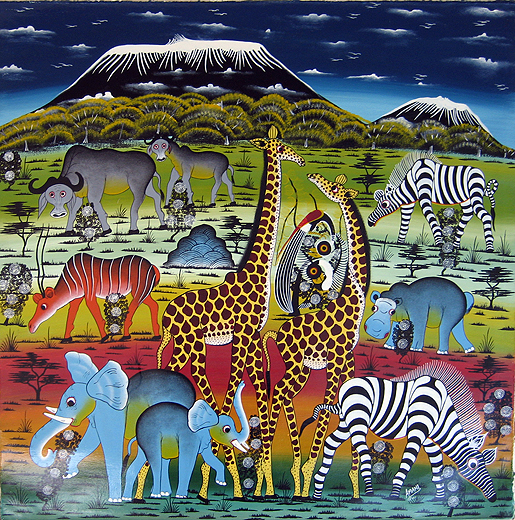 Tingatinga paintings are one of the most widely represented forms of tourist-oriented art in Tanzania, Kenya and neighboring countries. The genre is named after its founder, Tanzanian painter Edward Said Tingatinga who developed the art form in Dar Es Salaam. 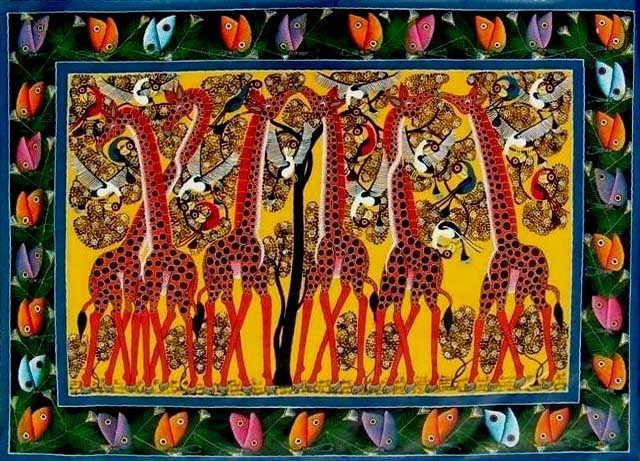 What makes the style so interesting is that it was developed for tourists. Tingatinga paintings are traditionally made on masonite, using several layers of bicycle paint, which makes for a brilliant and highly saturated colors. The paintings are usually small so they can be easily transported, and the subjects are designed to appeal to the Europeans and Americans (e.g., the big five and other wild fauna). One could even say that Tingatinga paintings is a form of “airport art.” 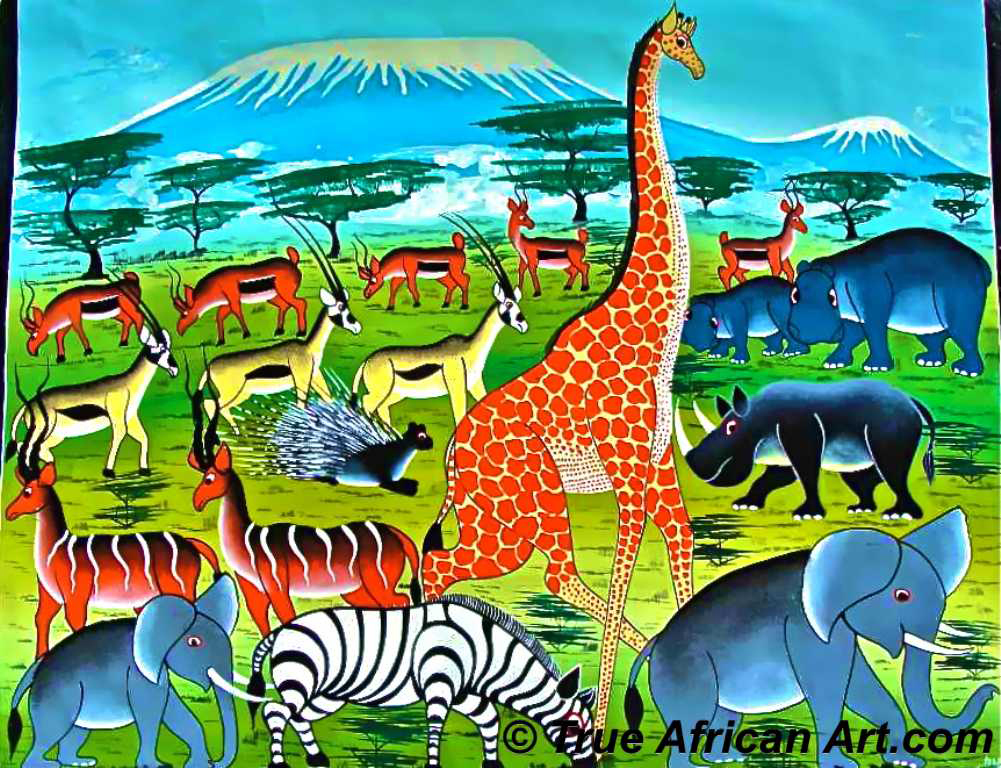 Don’t expect to find Tingatingas painted by Edward Said Tingatinga (even though someone may try and sell you one), because he painted very few. Like the way of many artists he died young in an unusual way – a policeman who mistook him for a fugitive shot him. But next time you are at the airport see if you can find any Tingatinga style paintings. They make a great souvenir!