The Father of Conservancy in Namibia

Usually the best adventures come when you least expect them and when something did not go as planned. On the 3rd day of our Namibian trip we drove up to an area known as Wereldsend (Afrikans for end of the world). Our car got us there but as it was moved just a few yards in order to park it off of the road, the clutch failed and we were without a vehicle. Our resourceful guide Russell got on the satellite phone and arranged to have another vehicle delivered the next day but we had most of that day with nothing to do. And that is when one of the highlights of the trip began for me. 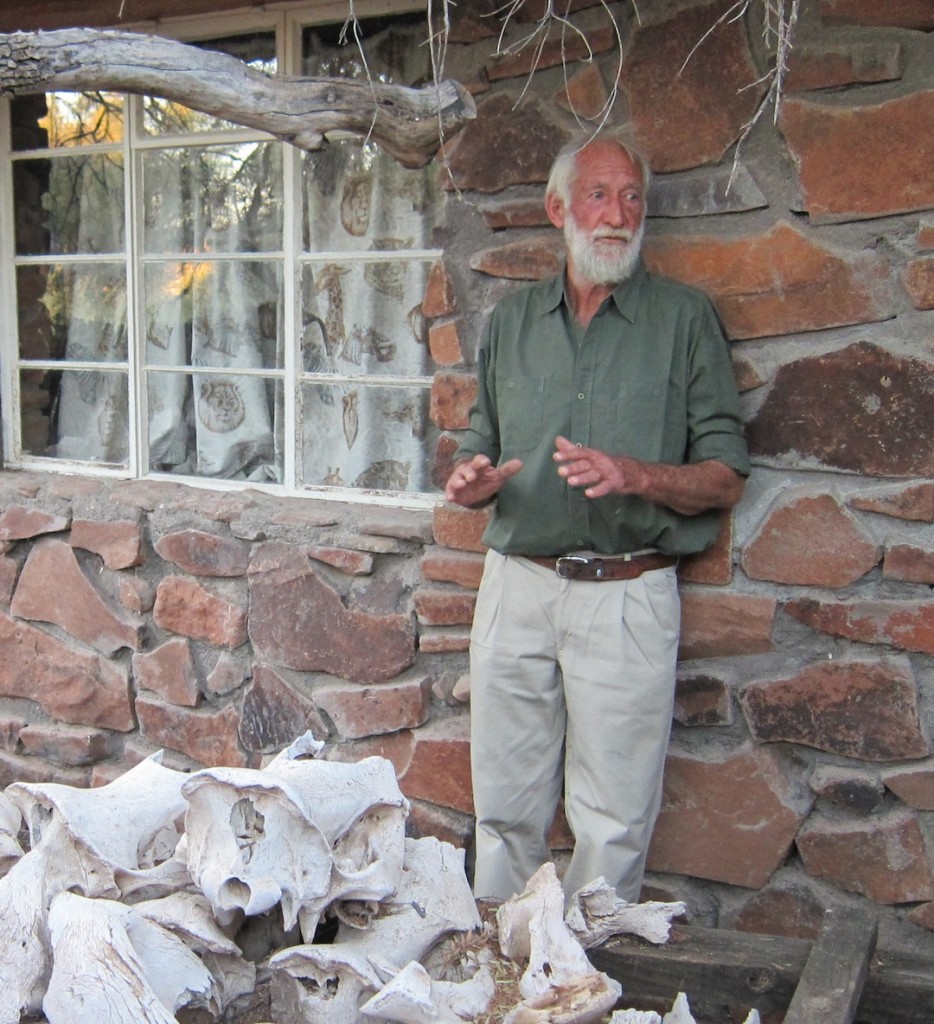 Garth Owen-Smith – The Father of Conservancy in Namibia

I had the honor and pleasure of meeting Garth Owen-Smith on whose property we were camping and spending the day with him. Who is Garth Owen-Smith? I am embarrassed to say I did not know, but learned that he has spent his life fighting against official ignorance, harsh climatic conditions, poachers and other enemies of Africa’s fast-diminishing wildlife. Developing a deep affinity with the indigenous Himba, Herero and Damara people, he helped establish policies allowing humans and their livestock to live in equilibrium with wild game. In a time when many species are at the risk of extinction, when the lion population is down 90% in just 50 years, when poaching is still ongoing and next to impossible to stop, his message is more important than ever.

I had the privilege of spending the day with Garth as we drove around looking for and finding rare black rhino that were nearby. While driving he and I talked about conservancy, morals, modern day life and how the world has changed and the outlook for the future. It was one of those days I will never forget and always cherish. We developed an instant rapport and friendship. He is one of those spirits who touches everyone he meets.

And to cap it off he graciously gave me an autographed copy of his book, An Arid Eden.

I encourage everyone to read it. And if you are ever in Wereldsend and he is there do not pass up the opportunity to say hello to a legend, a gentlemen and a newfound friend.