The Far South of Chile

Adventures Already Starting During My First Night in Punta Arenas

As part of my trip at the invitation of the Chilean Government, which I mentioned in my previous blog post, I traveled to the town of Punta Arenas. It is the southernmost city in Chile. In my first 24 hours there I was already involved in some fun and unusual travel adventures. 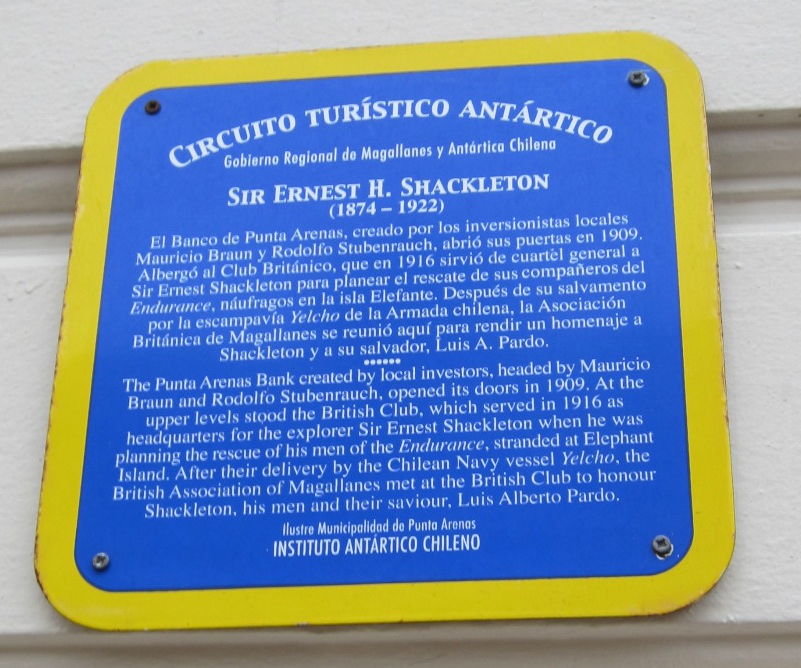 On my first night I went out to have dinner. On my way to the restaurant I saw a plaque on a building that made me stop and look. I had once read a fascinating book recounting the incredible story of Ernest Shackleton. While exploring the Antarctic in his ship the Endurance, Shackleton’s expedition became trapped in ice. With his men suffering the hardships of being stranded on ice, including hunger and frostbite, Shackleton outfitted one of the Endurance lifeboats and in a story of true courage made his way through dangerous seas to a South Georgia whaling station. I learned from this plaque that the building I was standing in front of was formerly The British Club. It was here in 1916 that it became the headquarters for Shackleton as he arranged for the rescue of his men. It made the story that more real.

Then I arrived at a wonderful restaurant where I began to enjoy a wonderful meal (with some delicious Chilean wine). While eating a couple came in and asked if I spoke English. When I said yes they asked if the food was good and when I said yes the decided to sit at the table next to mine. As we talked we found out that they too live in Studio City where I live and Infinite Safari Adventures is located! To the end of the Americas and I meet someone just a few blocks from my house! 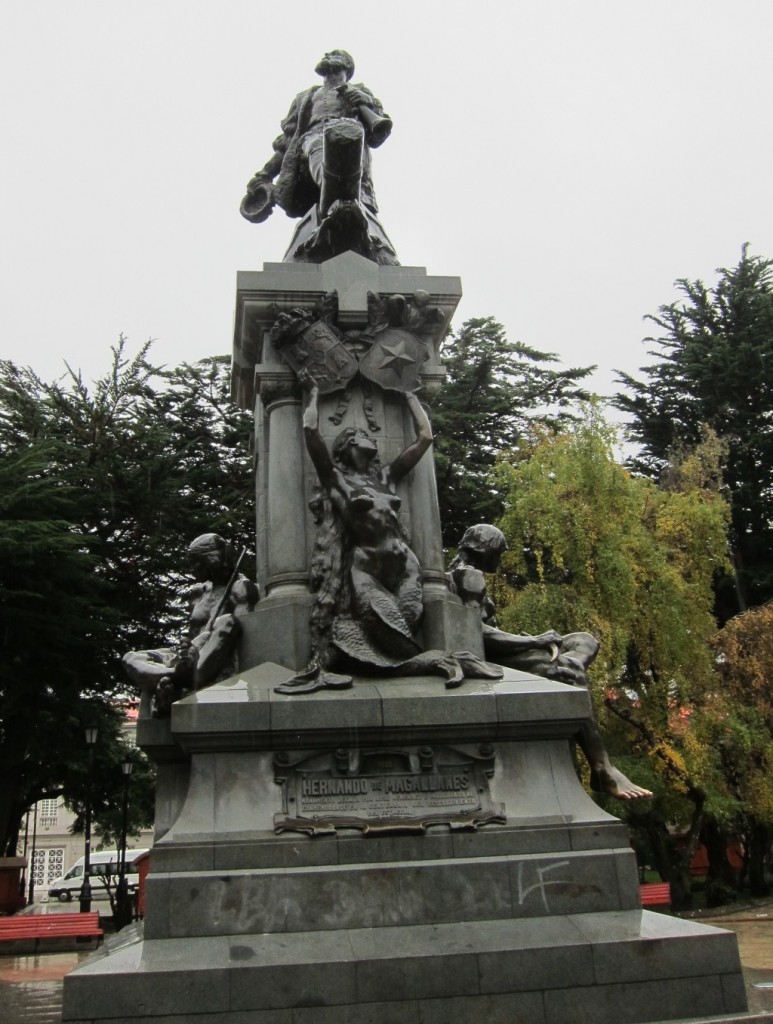 The next morning it was a quick tour of Punta Arenas where I walked across my hotel to the town square. Located there is a statute of Magellan. Also as part of the statue in a seated position is a native Indian who first lived in the area. Tradition has it that if you kiss the Indian’s feet you will return to Punta Arenas. I could not pass up that opportunity so I puckered up. I look forward to returning!