The Circle Of Life At Kittredge Elementary School

(Or At Least Educating The Next Generation) 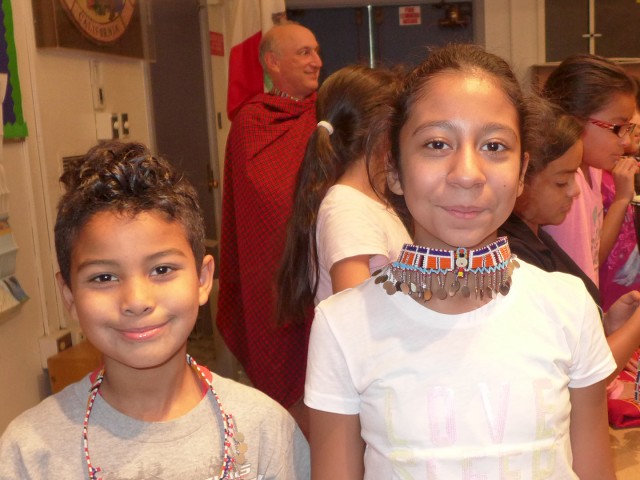 Stars Of The Lion King Show

As we start a new year we think about old and new and starting fresh. Last year I was approached by Jill Holden. She is a friend of ours who does a remarkable job of teaching theater to elementary school students. She told me that she had applied for a grant from Disney to put on a production of the Lion King and “happened to mention” in her application that I would come and talk to the students about Africa (of course before she asked me). I was all too happy to do it. 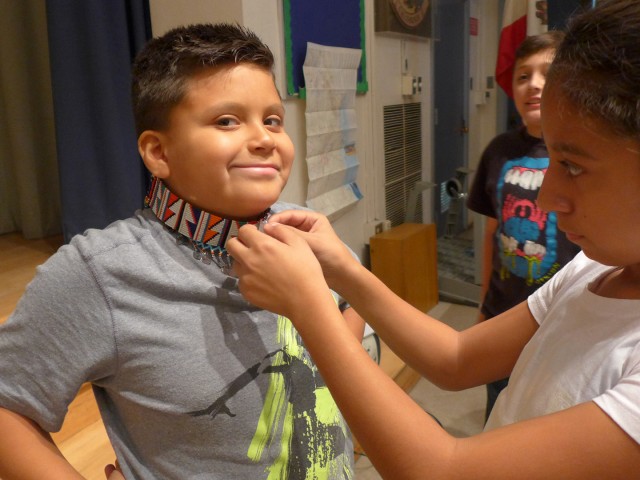 I Want To Be A Maasai Warrior

So just before the holiday break I donned my Maasai Apparel (fa la la la la la la la la) and went to Kittredge Elementary School in Van Nuys to meet the members of the cast. It was great fun as the kids were very curious and asked lots of great questions to help them play their parts. We talked about the Maasai, the Great Migration, how animals behave, learned a little Swahili and even did some Maasai jumping. 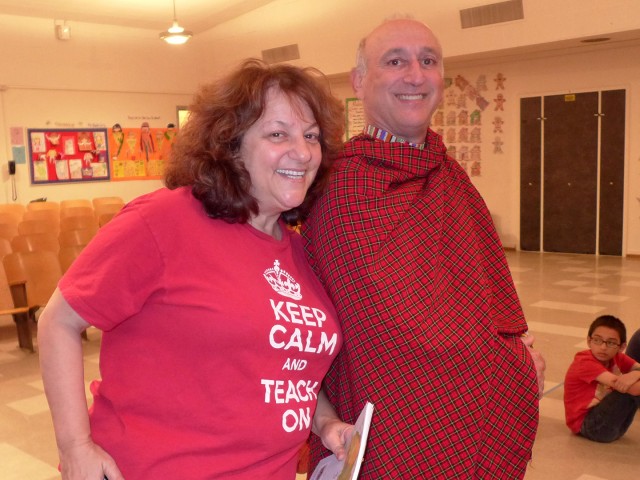 The show will be performed in May right after I get back from Africa. I can’t wait to see it. I know they will do a great job.