What do the 1971 movie Shaft, the country of Tanzania and the city of Beverly Hills have in common? Last week they all came together for a very special evening to promote Tanzania as the ultimate safari destination in Africa. 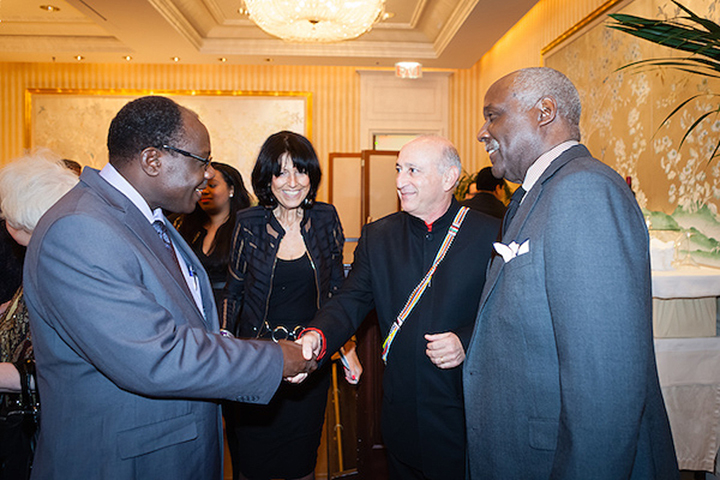 For the first time a delegation from the Tanzania Tourist Board have come to the west coast with the goal of educating people about all the reasons why Tanzania should be the safari destination for people who want to go to Africa. The group led by Dr. Adelhelm James Meru, the Permanent Secretary of the Ministry of Natural Resources, included members of government and the private sector (including friends from Coastal Airlines and lodges that we use extensively throughout Tanzania).

And of course, anyone who comes to Tinseltown wants to mingle with the stars.

On Monday there was a VIP reception at the Peninsula Hotel in Beverly Hills. The organizer of the event and this west coast tour, Karen Hoffman, President of the Bradford Group, the company representing the Tanzanian Tourist Board in the United States asked if I could bring any celebrities to the event. Thanks to my lovely wife, an entertainment journalist, I was able to invite and bring the perfect celebrity guest. 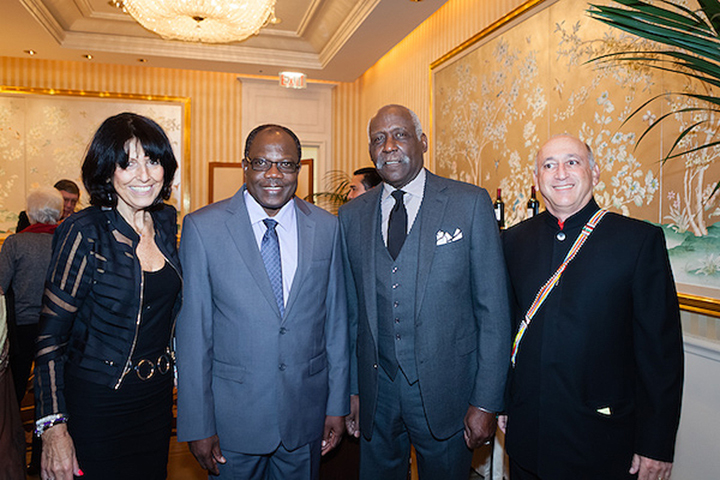 Who better to attend than Richard Roundtree the first African-American action star! Star of the Shaft movies (including Shaft in Africa) as well as many other movies and television productions, Richard Roundtree was the hit of the evening. It was great to see the reaction of the Tanzanians when Richard arrived at the event. His fame reaches around the world and he was so taken with the Tanzanians (as everyone is who visits the country) that he is now planning on visiting Tanzania – and with Infinite Safari Adventures of course!

It was a great event and many thanks to Richard for his graciousness, Karen for her organizational skills and Dr. Meru and his delegation for coming to California to show people what I have been telling them since 2000 – if you want to fall in love with Africa and what is has to offer, come to Tanzania.