I enjoy watching the Olympics.  While I marvel at the athletic talent that I see on the TV screen it is the human factor stories that I find most interesting and move me the most. 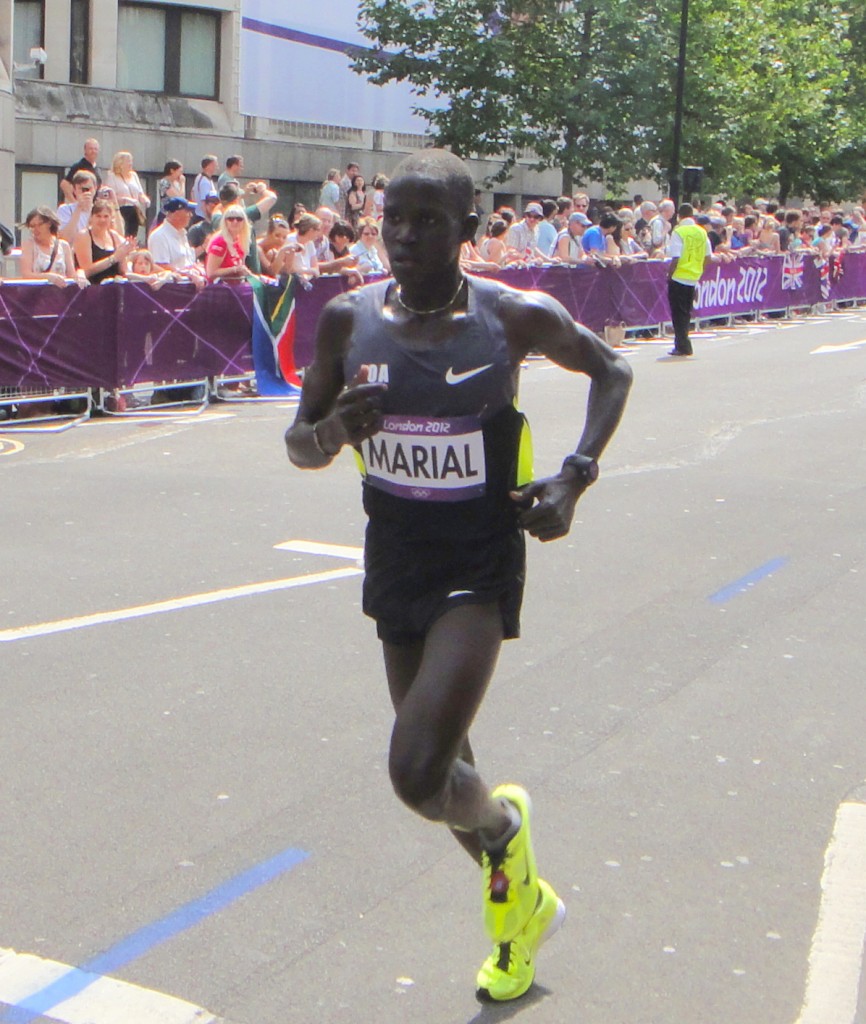 There are stories of the Maasai David Rudisha from Kenya setting a new world record in the 800 meters (I can’t wait to hear my Maasai friend Patrick’s take on that) and many of us know the Kenyan’s reputation for long distance running.  There is the exciting story of Botswana’s Nijel Amos winning the first medal ever for his country or Steven Kiprotich of Uganda winning the first marathon for his country. And USA’s Meb Keflezighi’s story is incredible. But one story in the ultimate Olympic event, the marathon, really moved me.

Guor Marial is not running the marathon for any country because his country, Southern Sudan, does not have an Olympic Committee.  Instead he is running under the IOC flag that provided him a plane ticket to London and a new pair of shoes.   And it will only be his third time running a marathon race.

But he has run for his life for many years. He lost 8 of his 10 brothers and sisters, and many other relatives, either because of fighting or the privation and disease caused by a civil war that raged for years in his country. At age 10, to protect him, his family sent him to north Sudan to live with an uncle, but never made it.  He was captured and basically lived as a slave.  Escaping, he returned south and was again captured and again was used as “an unpaid servant.”

Again he fled north and this time made it, but soldiers raided his Uncle’s home and broke Marial’s jaw with a rifle butt and he still suffers back pain from beatings he received. Eventually he made it as a refugee from Egypt to the United States where he spends his days training and nights working at a facility for mentally challenged adults.

No coach, no special training facility, no lucrative endorsement contracts.  He runs as a true Olympian.  He did not win a medal.  He finished 47th – not even come close.  But to me he is a gold medal winner.