Say Hello To “Smiley” & His Relatives!

My first trip to Africa was in 2000. Because my wife and I were flying on frequent flyer miles we could not get the flights we wanted (as you can see things have not changed in almost 15 years). We ended up with a few days to spare before our Safari departure so gave in to the lure of the exotic and decided to spend the time on the wonderful island of Zanzibar. 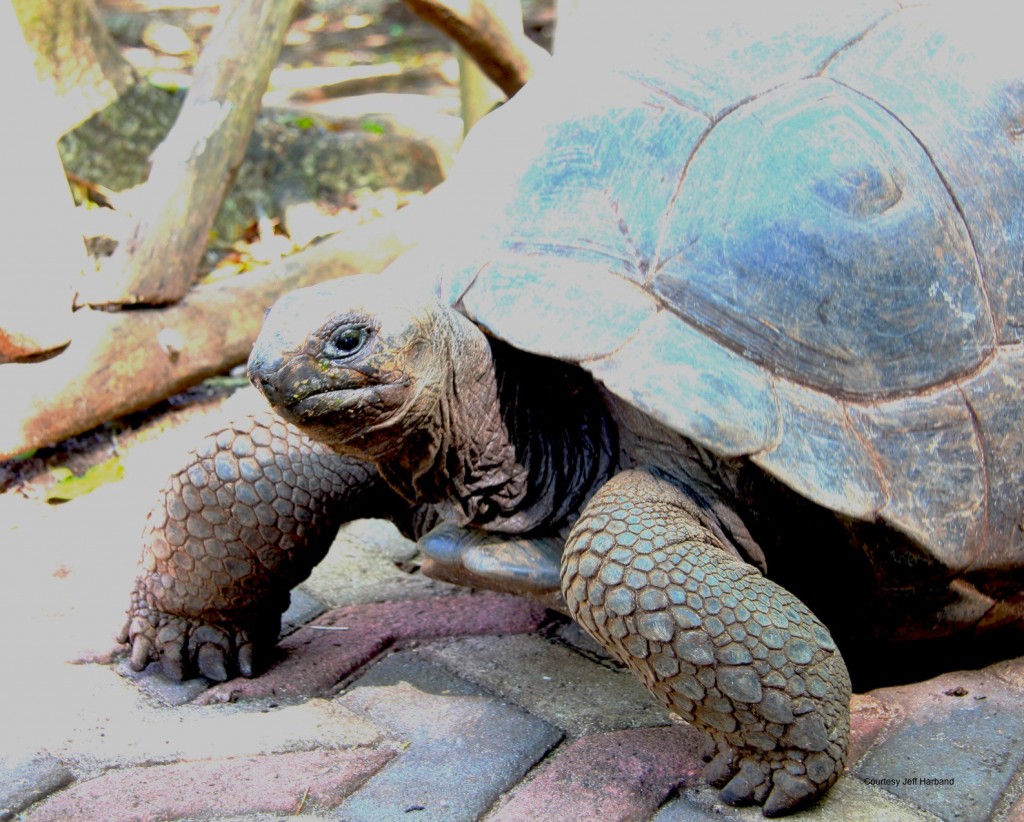 One day while on the beach we asked one of the local fishermen to take us across to Changuu Island also known at Prison Island. The island is about 4 miles off the coast from the main city of Stone Town. While called Prison Island it never housed any criminal prisoners. Instead it was used to house rebellious slaves before they were shipped off to the Middle East or sold in Stone Town and after was a quarantine area for people with yellow fever. 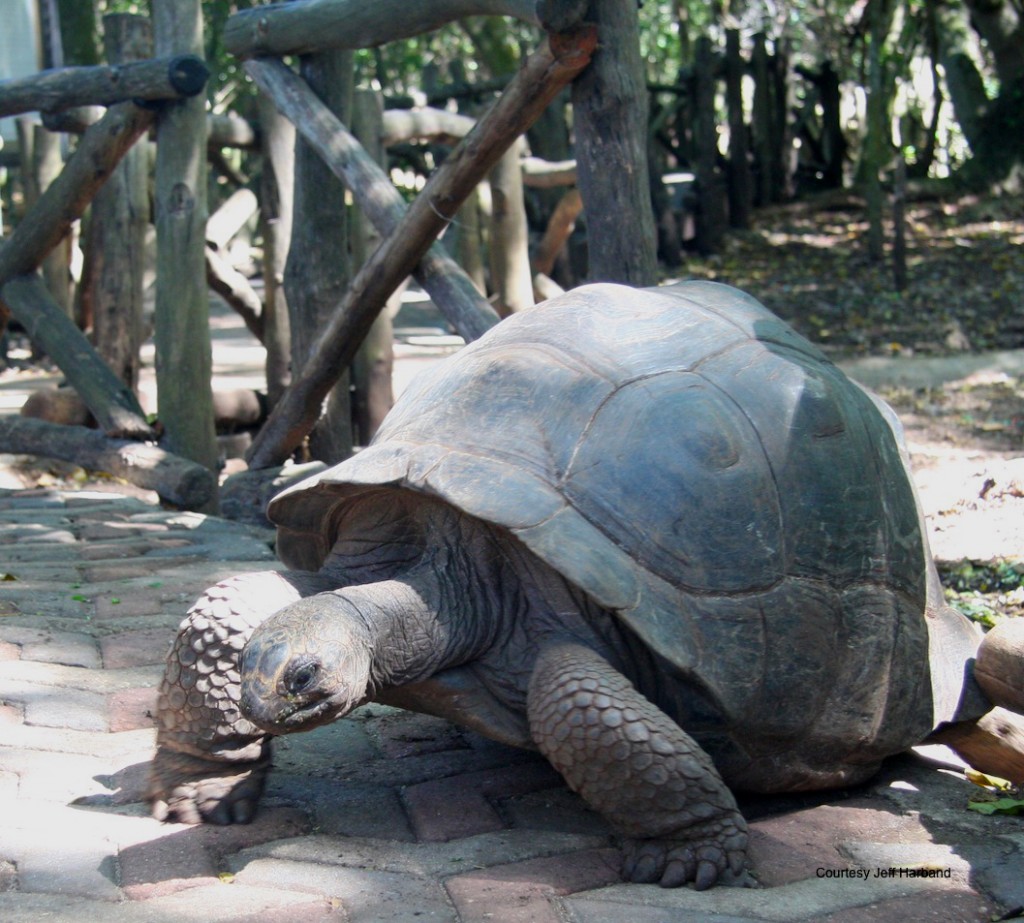 We got an unexpected surprise when we found that housed on the island was a preserve for giant sea tortoises. We got to walk around among these beautiful, gentle creatures, about the size of a large dog. They looked a lot like “E.T.” with their big eyes and the way they would extend their prehistoric necks to gently take a treat — not a dog biscuit, but fresh flowers from the surrounding trees which they eat right from your hands. They were fun to play and walk around with. We named one that took a particularly liking to Diane in honor of his cheerful expression: he was “Smiley.” 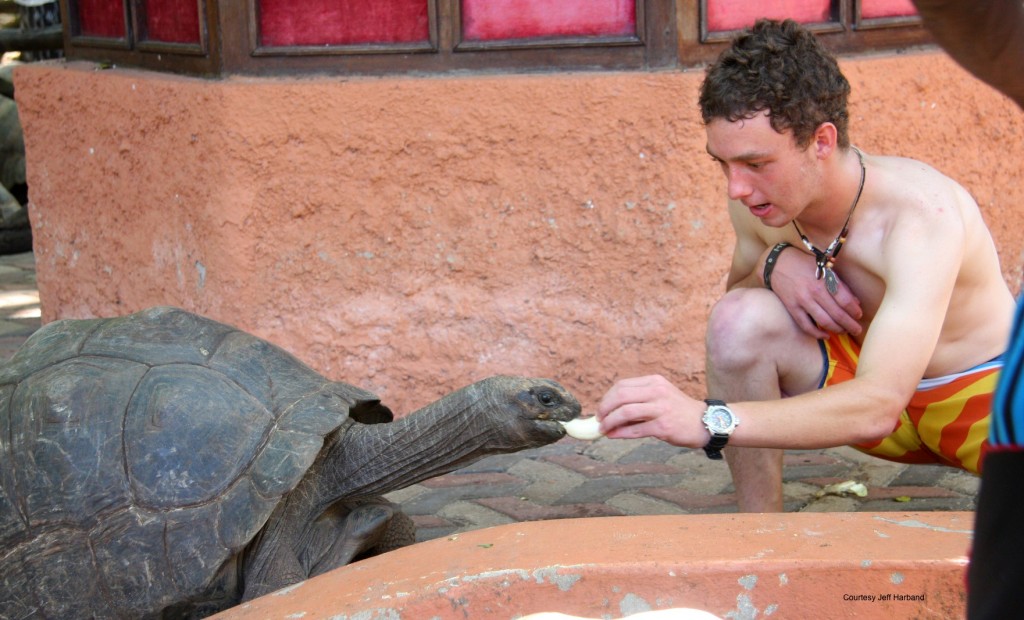 I was reminded of this wonderful experience as Infinite Safari Adventures recently had a family go on an incredible safari that combined wildlife, scuba diving and kayaking. The group kayaked over to the island and got to meet some of Smiley’s relatives (who knows maybe even Smiley himself since they live up to 200 years!)

They too got to walk among and feed the tortoises (it was feeding time) though they arrived in a much cooler way than the back of a fishing boat). If you are ever there make sure you say hello to Smiley and his family! (In fact, please tell this E.T. lookalike to “Phone Home!”— we miss him.)