The boats are loaded. The “groover” is strapped down along with the rest of the gear and everyone has their hats, sunscreen and PFDs (Personal Flotation Device). It is time to start down the river. The San Juan River is a tributary of the Colorado River. It is 383 miles long (although we only did about 30 of those miles) and during those miles there are only a few small rapids the rest is a gentle Huck Finn float down the river. 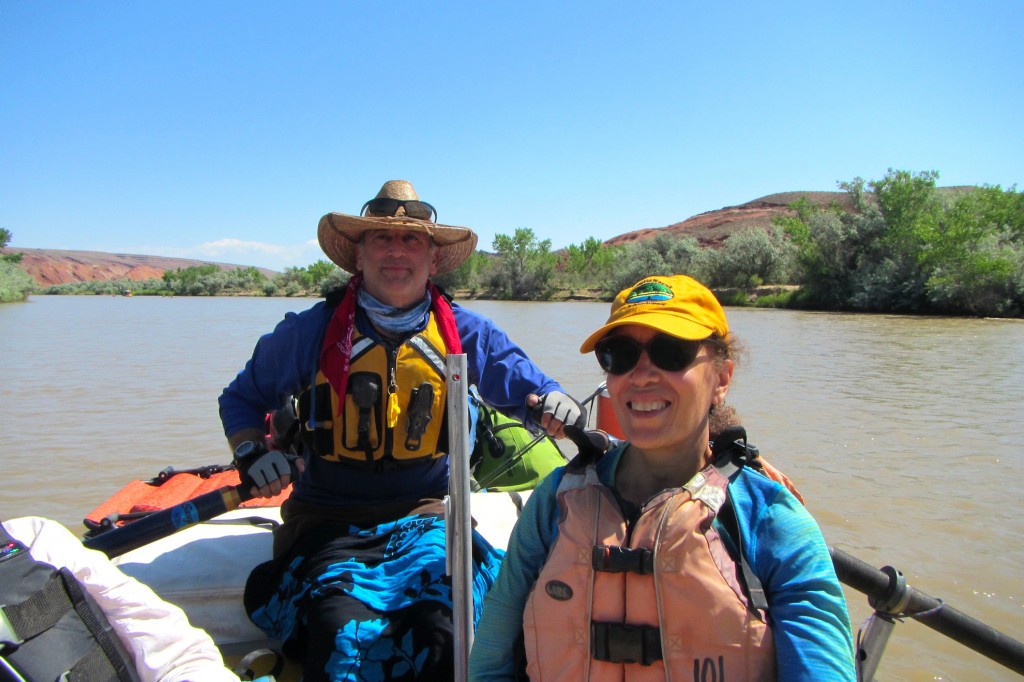 Alan and Diane On The River

That does not mean however that you can just sit there – the captain of the boat has to row to stay in the flow of the river and avoid (or try to avoid) rocks and overhanging branches. I thought I was going to be one of the passengers who would just get to sit there and enjoy a relaxing float trip down the river. My friend and leader Dave Gunn had other ideas. He made me one of the boat captains! Thus I spent the next 3 days rowing down the river. It was a fun, tiring counter-intuitive experience, as it is the exact opposite of paddling a kayak. First you row with 2 “oars” instead of one paddle and it is much harder to turn a one ton boat than a 50lb kayak. 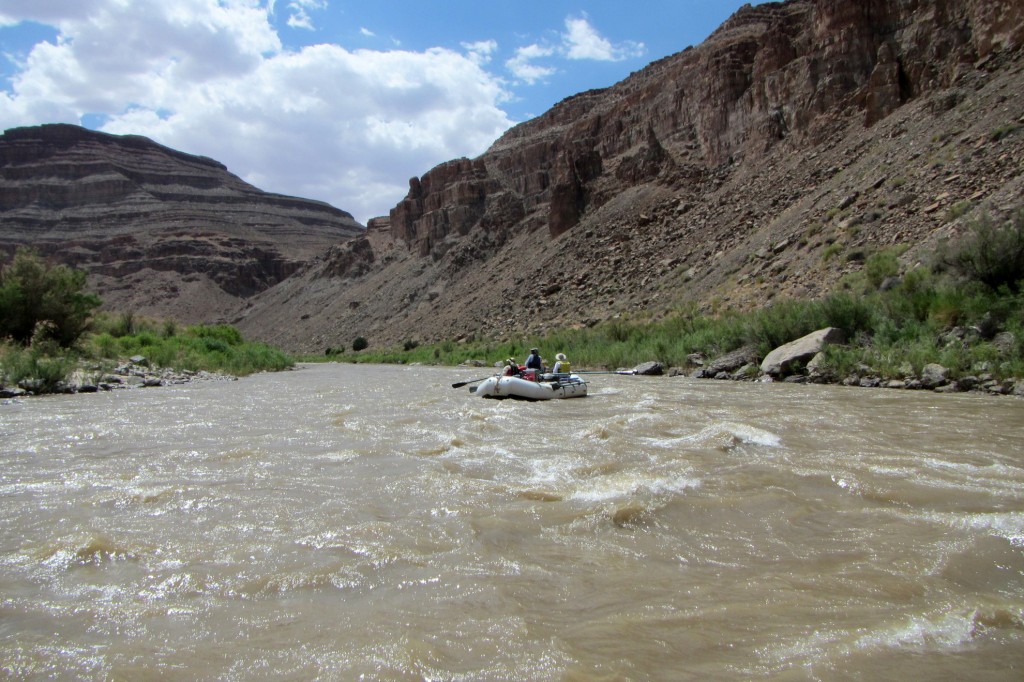 Headed Down The Rapids

Though I bounced off a few rocks and dragged some branches along with me we made it through the rapids and the rest of the river. Along the way we saw some ancient petroglyphs, an extraordinary full moon (on Friday the 13th) and some beautiful sites. 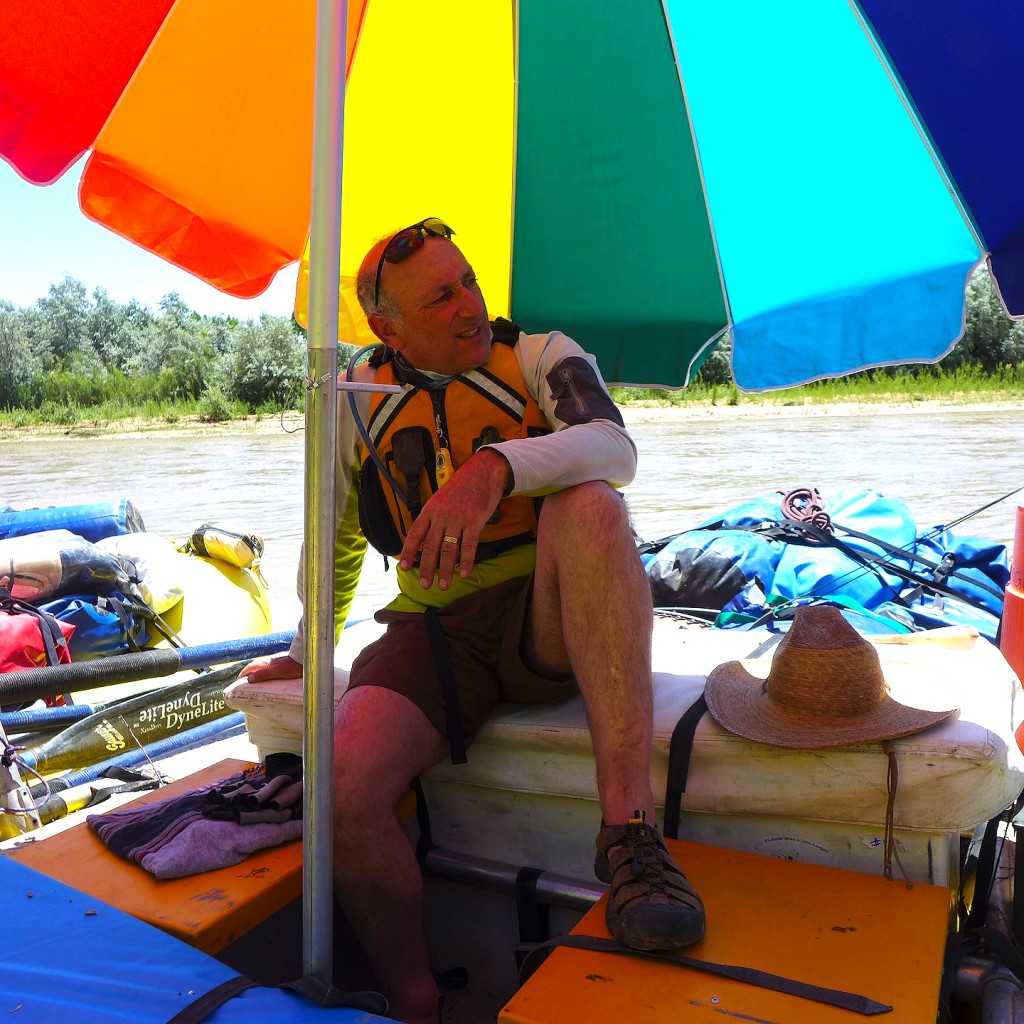 A Needed Rest After Rowing All Day

But what really made this trip special is that I got to go with beautiful wife Diane and my son Darrow who as a naturalist and outdoor education teacher is most at home in the outdoors. We loved his mandolin playing, his knowledge and stories about birds and his variety of accents as he served meals one night.

It was a fantastic trip!