No Matter How Old (Young) You Are You Can Do Good 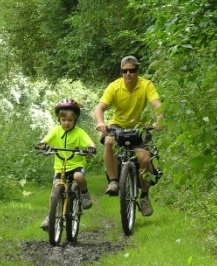 A couple of weeks ago I wrote about the daughter of a friend of mine who had been traveling to Uganda to work on a community water project.  Well even the generation after her is doing great things.

My partners Steve Chumbley and Teena Payne have a 5 year old son Aidan Chumbley.  I have had the honor of traveling with Aidan and have bestowed upon him the honorary title of Vice-President of Entertainment.  He is very entertaining and very bright.  How many 5 year olds do you know who speak English, Swahili and Maasai?

And now Aidan has decided to help sea turtles in Tanzania.  I had an amazing experience of seeing sea turtles hatch.  There is an organization called Sea Sense that that works closely with coastal communities in Tanzania to conserve and protect endangered marine species including sea turtles.  They now have a program that allows you to adopt your very own sea turtle nest (mine is # J 1235).

Aidan was inspired to help the sea turtles when he met legendary Jane Goodall at an event in Tanzania and had the courage to ask her a question in a room full of people. But, as his parents said, he has been saying he wanted to save animals since he learned to speak.  Besides wanting to save animals he loves to ride his bike.

So he at age 5 decided to combine the two.  Aidan, while in England, visiting his grandparents, went on a 50-mile bike ride raise money to adopt more sea turtle nests.  You can read more about Aidan and his ride at http://aidansbikeride.wordpress.com.  You can help Aidan out by adopting a sea turtle nest by visiting http://www.seasense.org/get-involved/adopt-a-sea-turtle-nest/

Congrats on your ride Aidan.  I look forward to seeing you in Tanzania!

Be sure to watch this short video of a Sea Turtle: