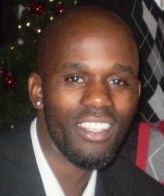 Everyone I come in contact with in Tanzania speaks English along with Swahili as well as their tribal language be it Maasi, Meru, Chagga or the myriad of other tribes that live in Tanzania.  However, in all my travels around the world I have made it a point to at least learn to say “hello”, “goodbye”, “thank you” and “where is the bathroom” in the local language.  I have had many great experiences and friendly encounters because people saw I was trying to speak their language instead of expecting them to speak mine.

I have been trying to learn Swahili by listening to CDs and glancing through a dictionary.  Then a friend of mine told me that she was learning Italian by taking lessons with a teacher via Skype!  What a brilliant idea.  I immediately went online and started searching the Internet.  Now Swahili teachers are not as prevalent as French, Spanish or Italian but as luck would have it I stumbled on Jonas Ilole – a terrific teacher and friendly person from Tanzania who know lives in San Diego.

Jonas has led a very interesting life – After spending most of his childhood both on the coast and in the northwest of Tanzania Jonas landed in 1992 in San Luis Obispo County in California to live with his father and to pursue an American education.  He came speaking no English.  Jonas now holds a Bachelors degree in Human Services and lives in San Diego using the Internet to connect with Swahili students all over the world. Instead of teaching me formal Swahili he has been tailoring my lessons to conversations that I would have on Safari.  While I am by far not the best student and need to practice more we have a lot of laughs over Skype and he makes it fun and enjoyable.  In addition to teaching Jonas is also currently building a business for solar installations. His dream is to build a cultural museum and create affordable, sustainable housing for communities in his home area of Mwanza near Lake Victoria and expand throughout East Africa.

And at least now I can say a few more things other than  “Hujambo”, “Kwaheri”, “Asante” and “Iko Wapi Choo”