Meeting Wilson at the Explorers Club

This weekend I was in New York to attend the Explorers Club Annual Dinner. It is a beautiful event held at the Waldorf Astoria hotel and about 800 people attend from all over the world. This year’s theme was “The Mayan Prophecy: Fact or Fiction?” We listened as some of the world’s best minds interpreted the Mayan belief that the world as we know it will end in 2012. 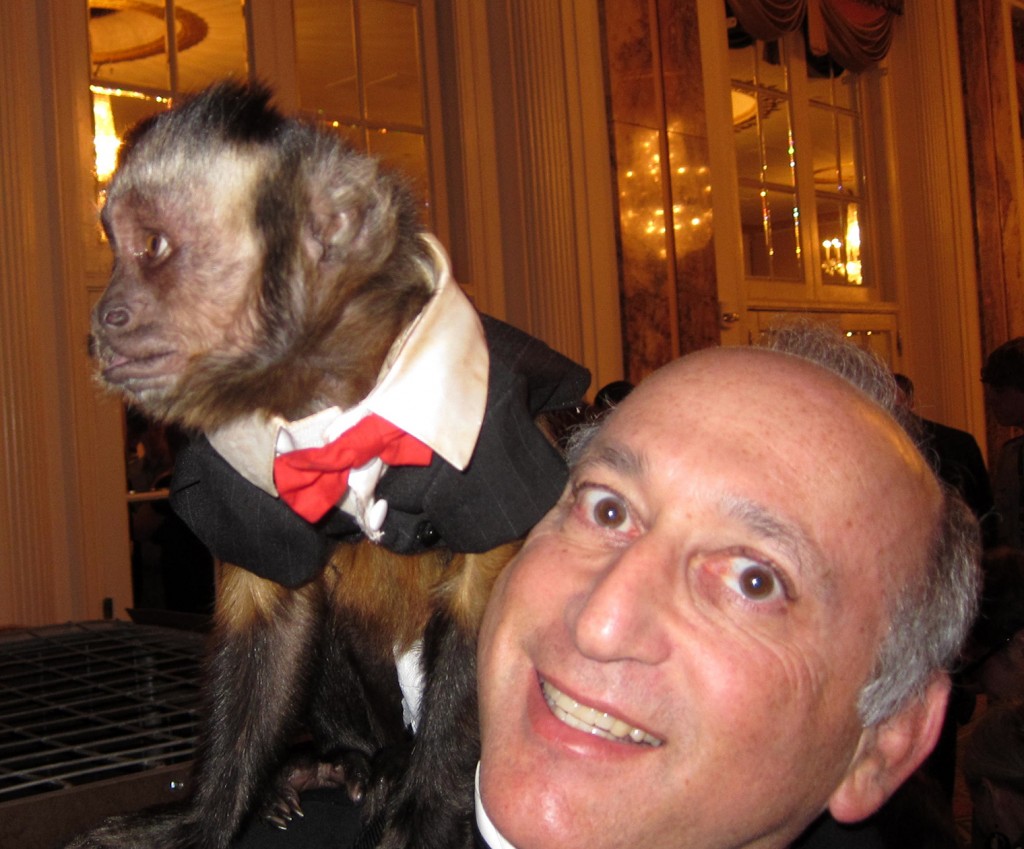 While I should (and was) excited about meeting some world famous explorers including divers, anthropologists, botanists, sailors and astronauts, my biggest thrill was meeting Wilson. One of the honorary chairs of the dinner is Jim Fowler who is a world famous naturalist, television star ( Mutual of Omaha’s Wild Kingdom – www.wildkingdom.com/nostalgia/fowler_bio.html ) and all around great and generous person. Every year Jim graces the stage with some of his animal friends, a list which has included snakes, eagles, bears and assorted other fellow inhabitants of our planet. In fact, last year Jim showed up with a large yellow python twisted playfully around his neck.

This year Jim brought a reluctant coatimundi (http://en.wikipedia.org/wiki/Coatimundi) which promptly ran off the stage, a marsupial-like animal whose name I have forgotten but loves honey, a beautiful if slightly overweight Jaguar with mesmerizing green eyes and the ever entertaining Wilson, a mischievous monkey who came to the event appropriately dressed for the formal event in a tiny tuxedo.

How did I get to Wilson? My daughter’s boyfriend decided to go to the restroom during dinner – when he came back he told me where the animals were. I immediately grabbed my camera and not worrying about my dinner getting cold made a beeline for where the animals were. Sure enough I walked to the back of the ballroom and there they were. Wilson jumped on my shoulder for a few minutes and then surprised me by hopping on top of the jaguar cage. The trainer got very nervous as the lazy usually lazy jaguar stood up eagerly for a chance at a snack. Then Wilson jumped back onto my shoulder – I guessed the Jaguar would have to find something else to snack on — and we got to meet. He has quite the personality! Just by chance, I got to experience a little unexpected monkey business.