Meet The New Ambassador From Tanzania!

I was very fortunate to have developed a friendship with Her Honor Liberatta Mulamula the Tanzanian ambassador to the United States. I have written about her here before (Click here) and was always impressed by her spirit and drive in representing her country of Tanzania. Thus I was sad, but happy for her, when she was recalled to return to Tanzania to take an elevated position as the Permanent Secretary of the Ministry of Foreign Affairs within the new administration in Tanzania. I wish her the best. 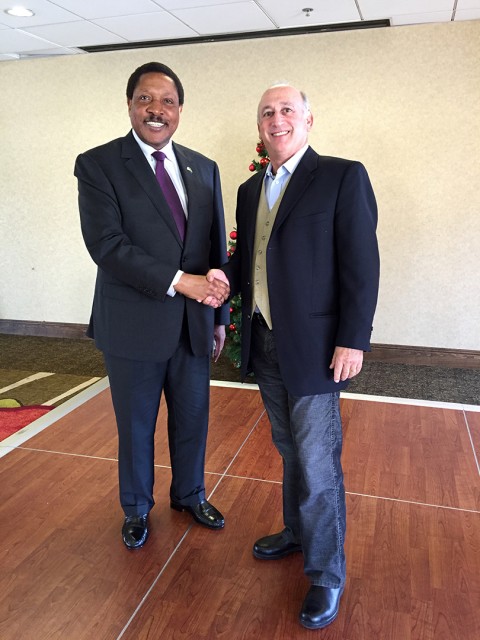 However, my sadness quickly dissipated when I received a call just before the holidays to meet the Honorable Wilson M. Masilingi the new Ambassador from Tanzania who was traveling to California. Impressively he wanted to meet with members of the U.S. tourist industry to discuss how to improve and increase U.S. visitors to Tanzania.

H.E. Masilingi has an impressive background. Prior to coming to the U.S. and presenting his credentials to President Obama, he held the same position in the Netherlands. He is not unfamiliar with Washington, D.C. as he holds law degrees from George Washington University School of Law. Among many positions, he has been a Member of Parliament and was the Cabinet Minister responsible for Good Governance. 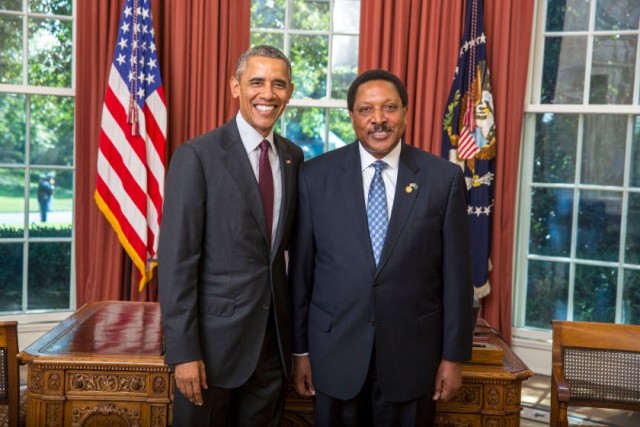 The Ambassador and I share some things in common. We both have a law background, we both have 2 grown children (a son and daughter each) and we both have a love of Tanzania! I was impressed with the Ambassador’s candor; his willingness to listen and to hear both the good and bad and what can be done to increase U.S. visitors to Tanzania. The Ambassador made it quite clear that the new Tanzanian President, John Magufuli, wants to start fresh with new ideas and new commitments. And Ambassador Masilingi is the perfect person to carry out that mission.

I am excited about welcoming Ambassador Masilingi back to the United States and working with him on this important common mission!