After meeting up with our guide, Patience, I met the other members of our group. It was a collection of doctors, lawyers, and psychiatrists from Germany who had come to Rwanda to help train professionals there in dealing with a multitude of issues including post-traumatic stress resulting from the genocide. Since I do not speak German I was very grateful that their English was perfect and we had a good time traveling together to go meet the Hirwa Group of Gorillas. 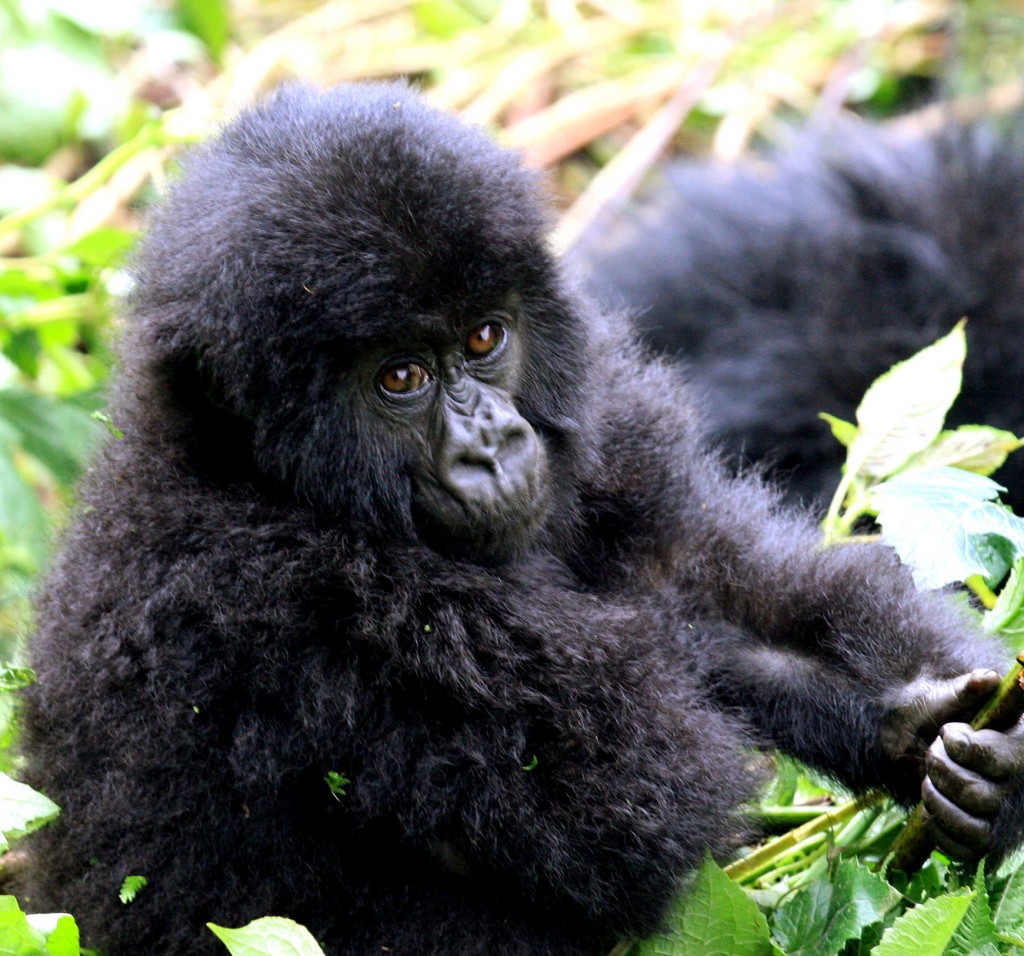 The name Hirwa means “lucky one” and the reason for this is simple. This family of gorillas was formed when Munyinga, the Silverback (aka the head honcho) kept getting into trouble with the Susa Family Silverback for mating with his women. So he left taking 2 of the females with him. He then moved to a new territory on the slopes of Mount Sobyinyo and collected other females along the way. I wanted to ask him his secret but since I don’t speak gorillas I knew he would not tell me. What makes this family further lucky is that one of the births resulted in a rare set of gorilla twins! 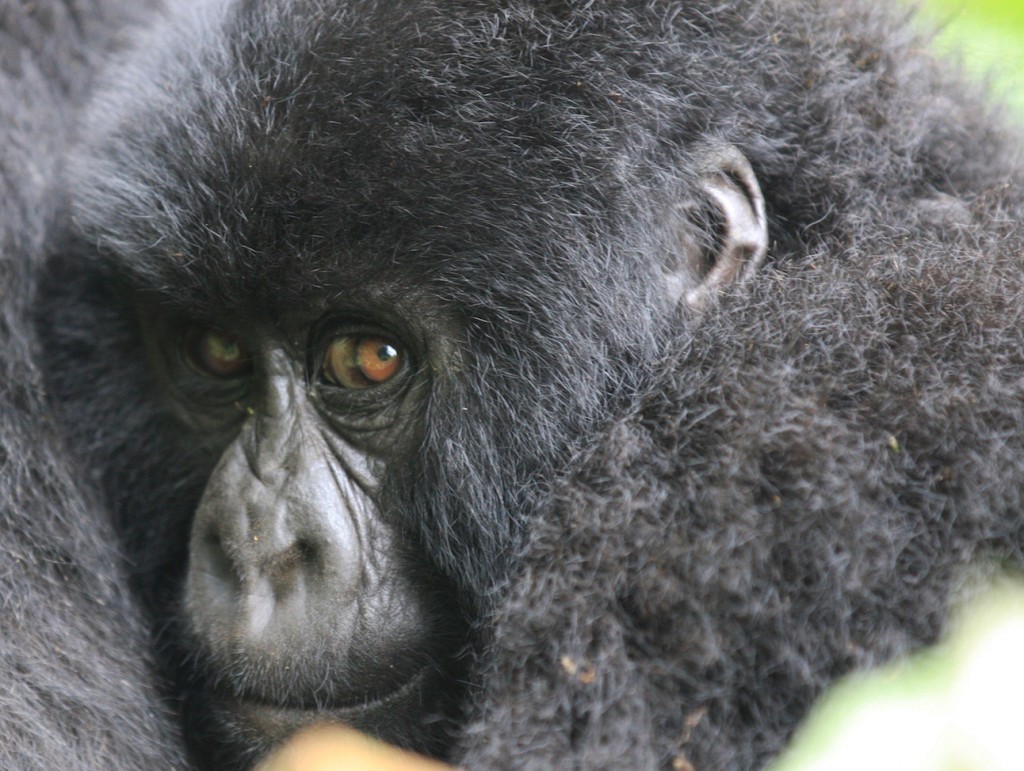 The first step is hiring our porters (doing so is very important as many are ex-poachers and this is how they now earn their livelihood so even if you don’t need one you should hire one – about $10 U.S. and they will carry your bags and if necessary carry you up the mountain to see the gorillas. Fortunately that service was not needed). Then off we went tracking through some farms first and then entering the park by climbing over a stone wall. First we traveled through a forest of bamboo and then further up the slopes of Mount Sabyinyo. 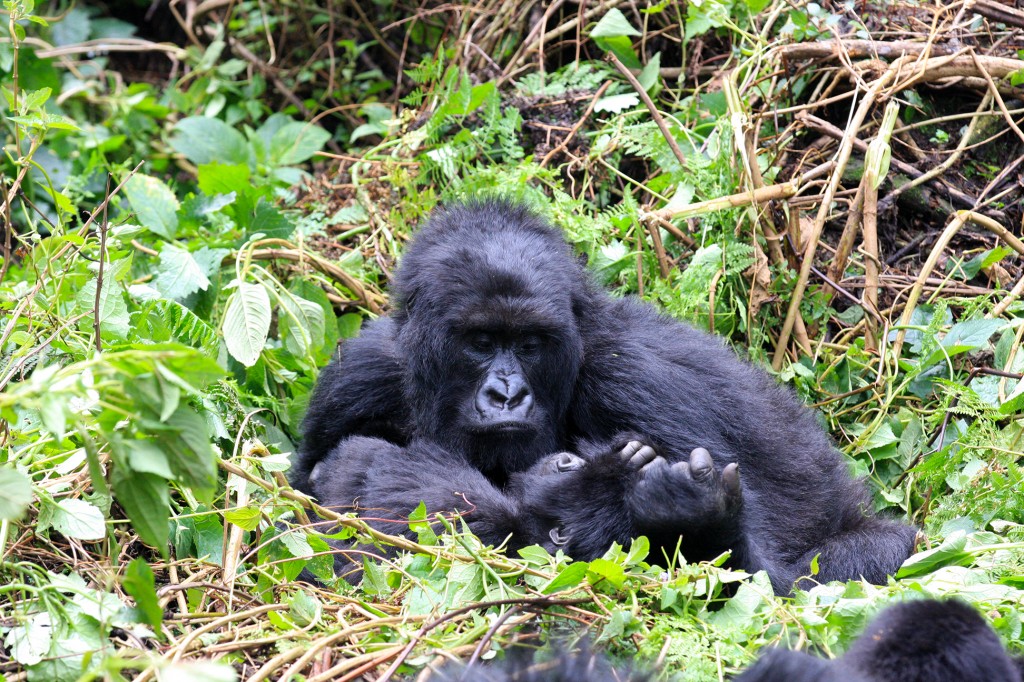 Mount Sabyinyo is an extinct volcano in the Virunga Mountains. On the other side of its 12,000 foot summit is the Democratic Republic of the Congo. The mountain carries the local nickname “Old Man’s Teeth” because its serrated summit resembles worn teeth in a gum line in contrast to the perfect conical summits of the adjacent mountains in this range. 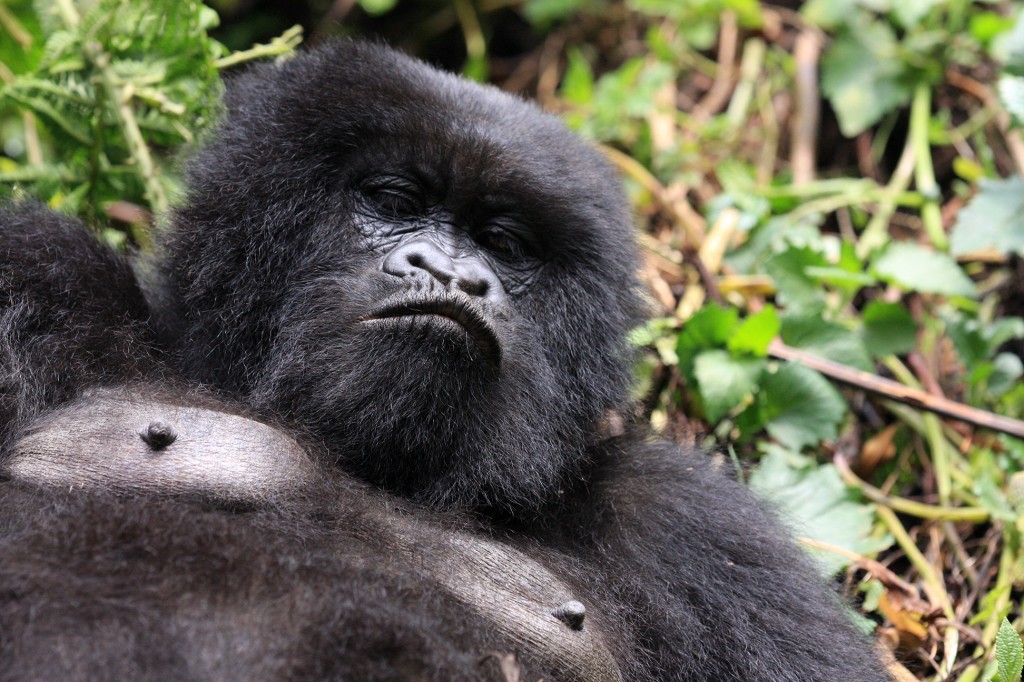 This group is usually closer than most families and we were lucky to find them within an hour. The trackers found the gorillas on a steep slope and we came upon them as they were napping (except for one of the twins who kept bothering everyone wanting to play). At one point our guide asked us to take 5 steps back and I did not understand because we were more than 20 feet from the group. He quietly told me to look to my left and there above me was one of the females who was keeping an eye on us because one of the young gorillas was getting close to us. 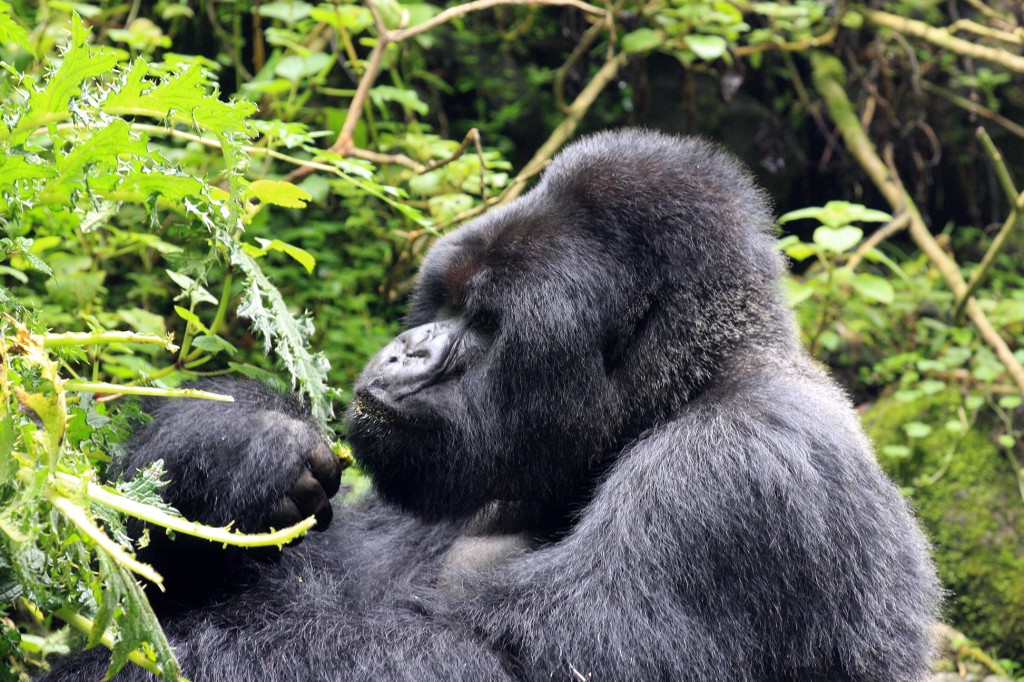 After a while, with amazing speed, they made their way down the mountain to a riverbed and we slowly followed climbing and sliding our way down. What a wonderful experience to be walking behind the group and then coming upon Munyinga, who was busy eating some wild celery and other leaves.

There is nothing like spending time with these amazing primates. You are only allowed to spend an hour with them. I could have spent days.