Me – A Television Star! 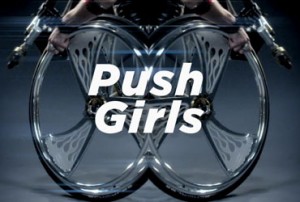 Ok, so I am not a star. I am not even the star of my own web series.  I am not even a former star who might qualify to be a contestant on “The Apprentice.”  But I was filmed for an episode of the Sundance Channel’s new TV series “Push Girls.”

As is the Hollywood way I could embellish and hype but here is what really happened.  I am a kayak instructor at the UCLA Aquatic Center. ” On Mother’s Day I was supposed to take a group of kayakers on a 10 mile paddle to Gladstone’s, a popular restaurant in Malibu.  Because of Mother’s Day or for unknown reasons we did not get enough people to sign up in time so it was cancelled.  Because I had already blocked the time out I was asked if I could help out “with a film project.” 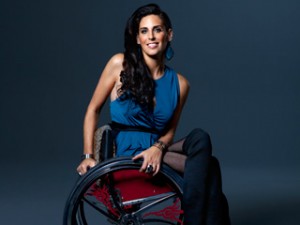 Little did I know I would be “the Instructor” on an episode of the new reality series “Push Girls” on The Sundance Channel.  This show follows 4 young attractive women who just happen to be wheelchair bound.   We get a look at how they lead lives just like you and me.  At the appointed time I met Mia Schalkewitz a former swimmer who is paralyzed from a genetic defect that affected her at age 15.  To say she is inspirational is an understatement.  She graduated high school, college, became the first girl in a wheelchair at the University of Florida to rush and join a sorority. She then moved to Los Angeles where she currently works at a graphic design and branding firm.  Mia is also a member of the Colours n’ Motion dance team and works with the non-profit Wheels for Humanity, an organization which brings refurbished wheelchairs to people in developing countries.

The scene was for Mia and her “date” (who was not in a wheelchair) to go kayaking together.  I got Mia and her date dressed to kayak (you always dress for immersion in the water), gave them some paddling stroke tips and then got Mia and her date in their boat.  Off we went down the main channel with a whaler close behind filming all the way.  They were very lucky as they got up close and personal with a sea lion as well pelicans and other wildlife.

The director also put me on camera to ask about adaptive paddling  (UCLA has a great program) and how to handle wheelchair bound people in kayaks.  I don’t know how much will end up on the cutting room floor or whether you will see me at all, but if you do I will be happy to sign autographs (if my people will let you close enough)