Besides kayaking and Africa, I am also obsessed with dogs – particularly our dog Heidi.  She is an actress (you missed her as “dog at restaurant” in Desperate Housewives?), and journalist (check out this article in the Stuio City Patch – Heidi Makes her Mark in a New Webisode for Performing Arts Studio West) and all around spoiled dog.  But because she is a shepherd she does not like the water (to understand go read Not Ready to Get Her Paws Wet).  That is OK with me, as we have enough fun outside the water (she is sitting here right now getting me to play squeaky toy with her while I write this).  But if she did like to kayak then I would probably do the same thing that I saw last weekend. 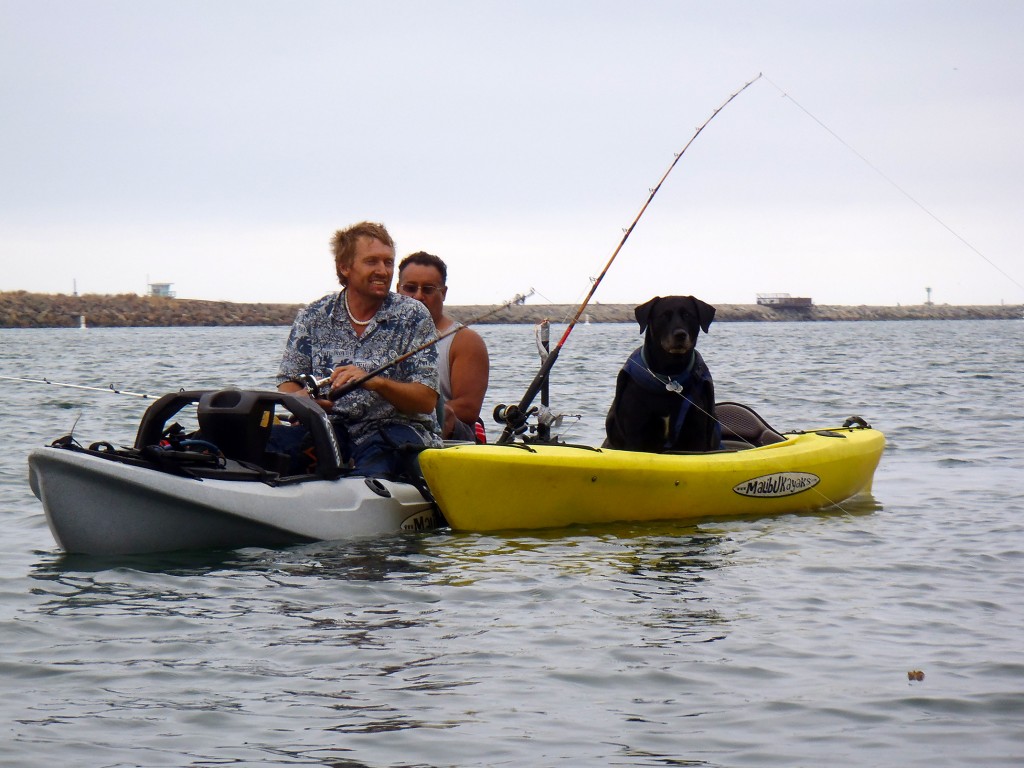 I was taking my good friend Dave Gunn, who I did the Grand Canyon with, to play in my “playground” in the ocean.  As we are paddling I spotted someone fishing and noticed that his dog has his own kayak!  He told me he was a designer for Malibu Fishing Kayaks. His dog did not like to sit behind him with the fish and gear so he rigged a kayak next to him. Spoiled?  No. For someone who can never have enough gear it would be a great excuse to see if all my kayak gear comes in German Shepherd size.