My day with the Maasai Part 6: New Friends

During the course of the day out in the village there was a lot of time sitting around, doing nothing but talking. Sometimes it was just quiet talk. Other times there was a lot of laughter. Other times it was a spirited discussion. All in Maa. All of which I could not understand a single word. And most everyone but Patrick and Joseph did not speak English. So there was a lot of time that I was left with my own thoughts. And I wondered. Do they know who I am? Why I am here? Once in a while, I would quickly take out my phone and take a few quick pictures that you see here. Then after another round of meat one of the Maasai pointed at Patrick with his ever-present phone and asked that he take a picture of the two of us. In Swahili I asked him his name and he told me it was Mosa which is a Maasai version of Moses. He smiled at me and was very happy to have his picture taken with me. I asked Patrick to use my camera as well. Here is Mosa and me. I probably will never know exactly what they were told about me, but I do not one thing. There is never a friendlier, more generous, kind and helpful group of people as a group of Maasai. 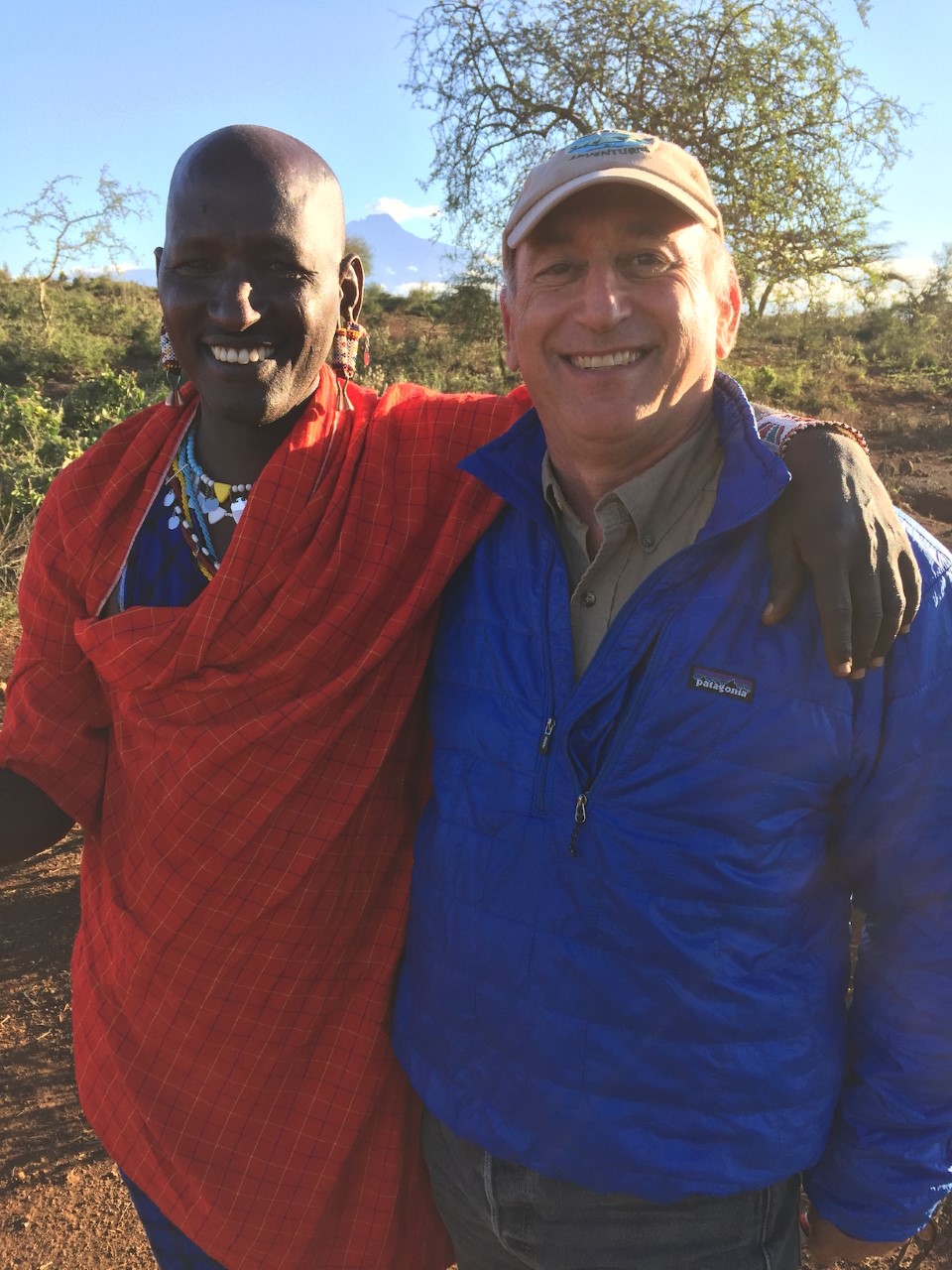