My day with the Maasai Part 2: It Is A Small World. 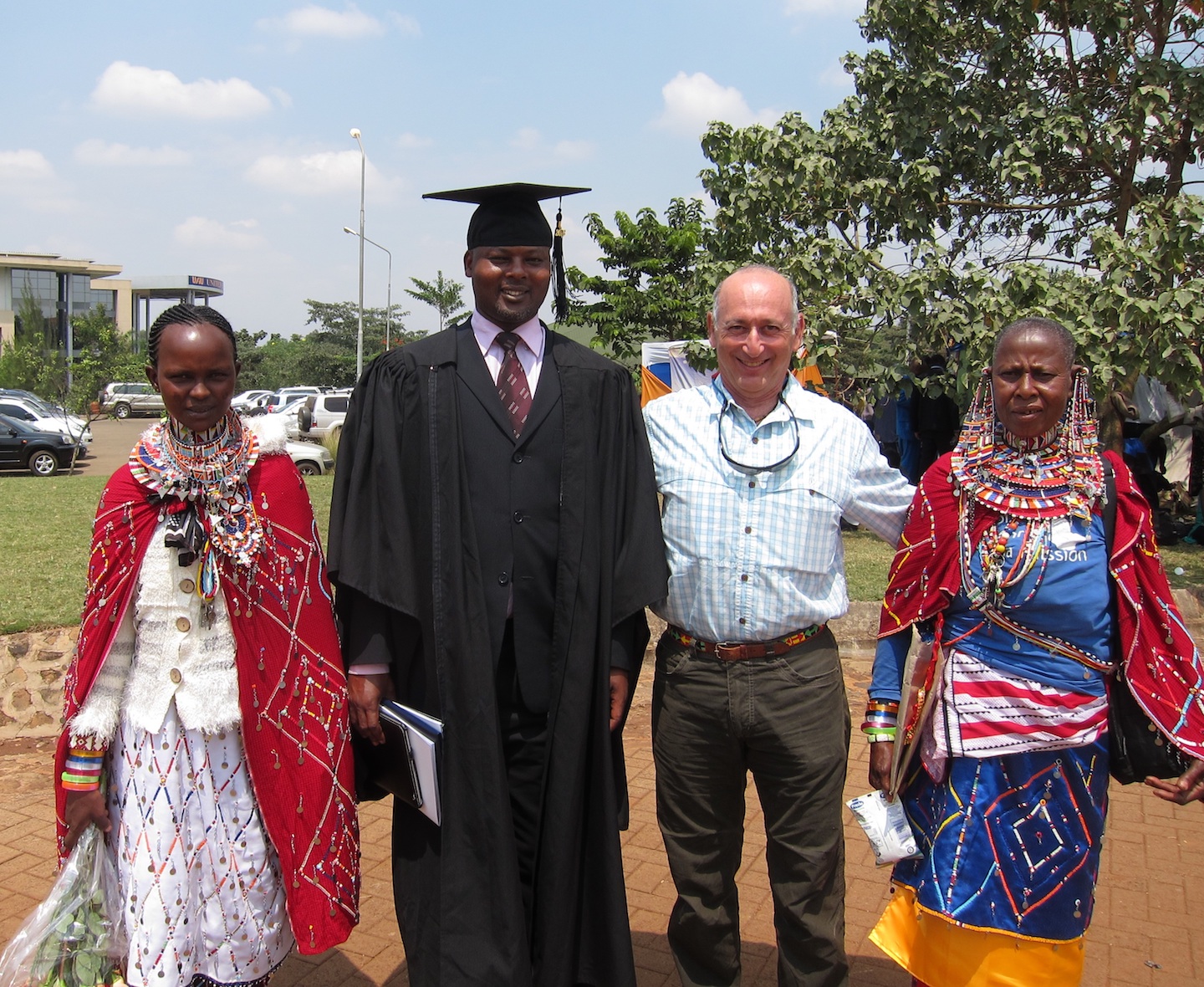 People have always told me that I should be very proud of how I have helped Patrick and the impact it has had. I don’t think of it that way. I was just so impressed with Patrick that I wanted to help him. He has done the rest. And I am very proud of him. People tell me his community appreciates it. I had arrived several days before the scheduled ceremony to see lodges and parts of Kenya I had not seen before. One of the places was the Kilaguni Serena in Tsavo West National Park. Kilaguni was the first lodge to ever had been built in Tsavo.

On my first day I was having lunch when Daniel Lekanayea our waiter came to the table. He had the same ritual scarring as Patrick and I asked if he was Maasai. He said yes and that he was from the Loitoktok area which is the same area Patrick is from. I asked him if he knew Patrick and he said he did not recognize the name. I then showed him a picture. His smiled and said “yes, I know this boy. He used to go out with me and graze the cattle.” I was a bit skeptical, but then he described Patrick’s brother and other things only someone who knows Patrick would know. He then said “He got a sponsorship from someone and went away to college.” I told him I was that sponsor. He looked at me. Things went silent for a moment. He then smiled, shook my hand and quietly said thank you. I got goosebumps.

When I relayed the story to Patrick even he was in awe. Daniel had given me a short note to give to Patrick. All it said was “Greetings from Kilaguni” and then his name. Patrick immediately knew who it was and he too was in awe. It felt good.