It’s The People Not The Places That Makes The Experience

Last week I wrote about the attack in Garissa Kenya. This week I thought I would share with you why I will not be afraid to travel, and if I was what I would miss out on. 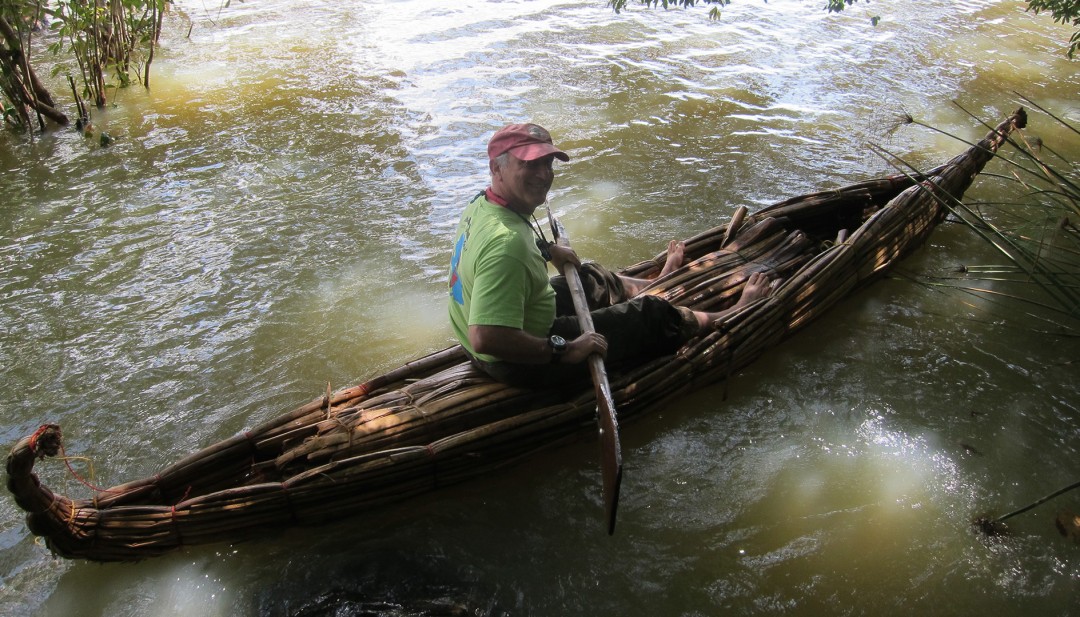 Last November I traveled for the first time to Ethiopia. As part of that trip I visited Bahir Dar, a city that sits on Lake Tana the source of the Blue Nile. One day I took a boat ride out to an island where there was a beautiful monastery over one hundred years old. When I got to the dock a young man tried to sell me a toy papyrus (a type of plant) kayak. I politely declined and made my way to the monastery. On my way another young man asked me through my guide: “do you want to see my kayak?” I thought he meant another toy but this time I was shown a real papyrus kayak that the owner, Getinet, uses for fishing. 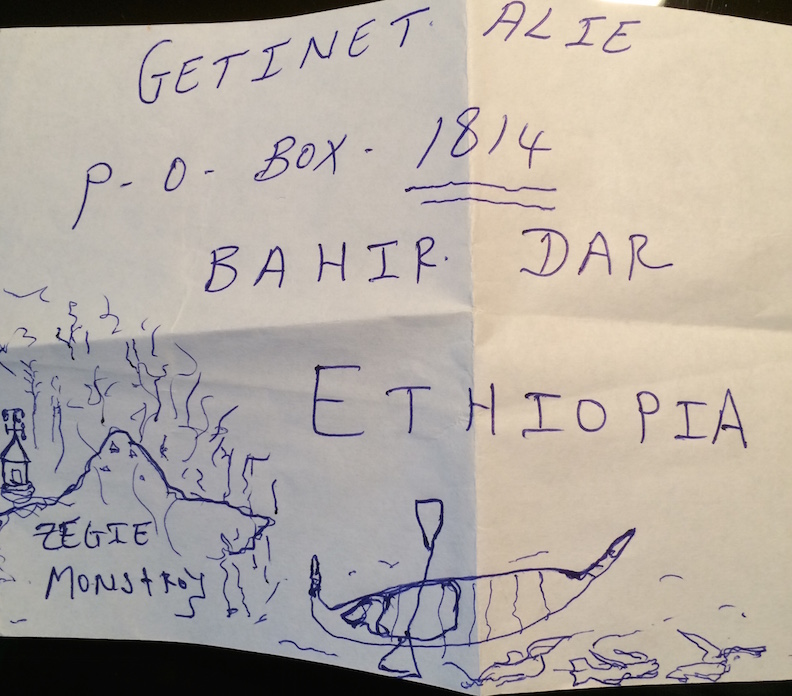 An Artist Even When Giving Me His Address

My eyes grew big and I asked through my guide if I could paddle the boat. He said yes. Well off I went on another unique kayak experience paddling a papyrus kayak whose distinctive shape has probably existed for hundreds of years. When I turned to paddle back it seemed like everyone on the island was on the banks watching. I got out I thanked my new friend profusely, took some pictures and then went up to see the monastery.

When I came back he was still there and my guide told me Getinet had a gift for me. He then handed me a toy replica of his boat, complete with paddle and said: “you are now my brother and I am going to pray for you.” I was so touched. I had my guide explain that I needed to thank him, that he was my brother too, I would pray for him and that while I had nothing to give to him I would send him something. He gave me his address complete with an illustration so I would not forget. When I got home I immediately sent him a California Kayak shirt. I hope he got it.

And while the monastery was fascinating it was my meeting Getinet that made it a memorable day. People, their stories and their art is what travel is all about. We did not speak the same language. We came from two different parts of the world. We led two very different lives. Yet here were two humans connecting – a connection I will never forget.