It Takes a Maasai Village to be Happy

While Maasai are historically polygamous, Patrick has one wife and 3 amazing children.  Patrick has a son Leyian, a daughter Sein and a baby boy Soipei.  His wife Agnes is a beautiful talented woman who is an incredible bead artist.  In fact Agnes and Patrick have been to New Mexico to display her artistry at the internationally known Santa Fe International Folk Art Market. 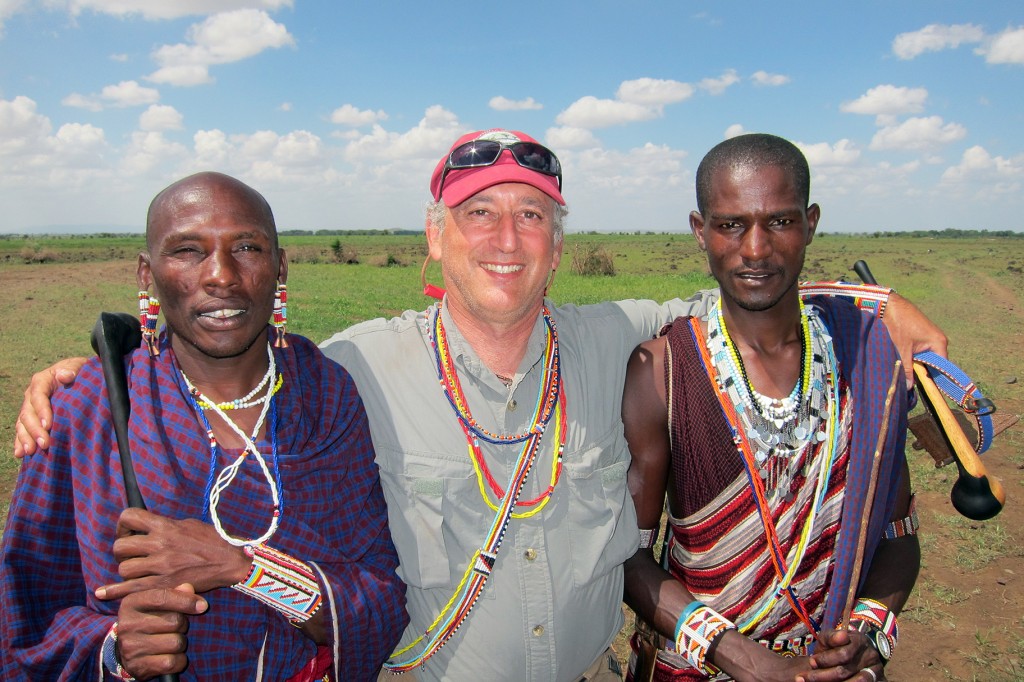 So many things impressed me Patrick, his family and village.  I could go on and on but here are a few. 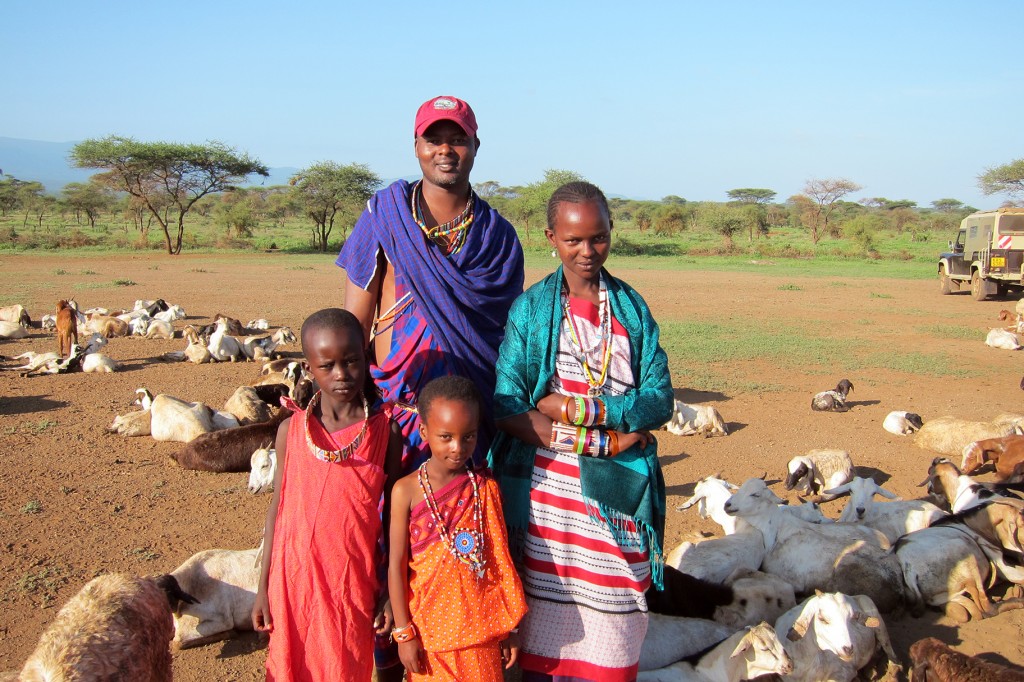 My Maasai Rafiki Patrick & His Family

First, Patrick borrowed a car to drive us the 25 kilometers to his village (it was that or walk with all my luggage – something I had just done in the rains in Tanzania and did not want to do again.  Check out (Read Meet my Maasai Rafiki of Kenya – Patrick Olepapatiti).  In the little town where our bus stopped there were several members of his village who caught a ride.  All the way back there was laughing, talking and joking.  I had no idea of what was being said but everyone was enjoying themselves. When we arrived at the village I gave gifts to Patrick’s children.  I was expecting, as children do here to be possessive of their new gifts.  Instead everyone shares.  A soccer game started immediately with all the kids and Sein let a little girl wrap her doll and carry it like a baby –just as the women do.  Everyone was so friendly.  Every single person who came by stopped by to say hello with a smile on their face.  And while they may not have the possessions we have they are very generous as the beaded gifts they gave me.

Happy Maasai Children at their village

We can learn a lot about how to live a happy life from the Maasai.  I know I certainly did!