Everyone At Infinite Safari Adventures Gives Back

I have been very fortunate to have Steve Chumbley as Infinite Safari Adventures ground partner since its beginning. Steve and I first met in 2005 when he and his wife Teena were managing Greystoke Mahale and we discovered a shared love of kayaking. I never have to worry about my clients being take care of with Steve on the ground.

I think one of the reasons it has worked so well is that we share not only a common passion for Africa, for paying attention to details, and for putting our clients and their needs first, but because we both believe in the important of giving back. I through my work at the Cheetah Conservation Fund and my Dog Collars For Africa Project and Steve through several conservation efforts as well as helping locals in his community. 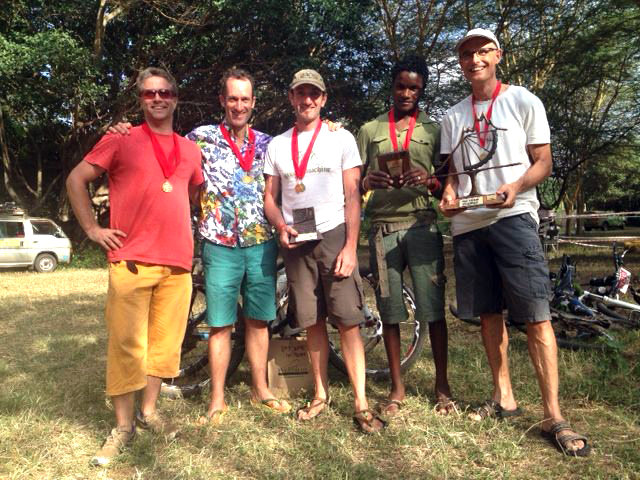 Recently Steve came back from a Bike Race on Mt. Kenya to raise money for the Mount Kenya Trust, (www.mountkenyatrust.org). The trust and its associated affiliates actively work with the Kenyan Wildlife Service to protect the National Park and a vast conglomeration of private ranches surrounding it. They increase the protected area, employ rangers, create elephant corridors and breed endangered species like Grevy’s Zebra, Recticulated Giraffe and Black Rhino (of which they now have an astonishing 135,000!).

Here is Steve’s report of his bike race experience:

In Tanzania there is an Arusha Cycle Club (www.arushacyclingclub.org) that many people from different companies in Arusha have been promoting for years by getting equipment, sponsoring races and paying for people to go to foreign races. It helps promote cycling, gives young people in Arusha something to aspire to and a dream to chase and for the less ambitious of us, it gives us some back wheels to chase. Last year the first professional – a Maasai, Richard Laiser- got a sponsorship contract with a South African team. He is a great inspiration to others.

As part of this, myself and several other mountain bikers decided to go to the 10to4 (www.10to4.org) Race on Mount Kenya. So called because it goes from 10,000 feet to 4,000 on the second day (and less widely publicized – the same amount up on the first day!).

Our Tanzanian team brought local 17 year old rising star Denis Julius along to give him some international exposure (and breath some youthful vigor into our otherwise aging team). The rest of the team consisted of a Brit, an American, a Dutchman and an Anglo-Tanzanian.

It was a great meeting place for an amazing group of people. We talked tactics with (current Tour de France winner) Chris Frome’s previous coach. Swapped parts with the Kenyan disabled cycling team (most of who only had one leg) and chatted to the ambassador to the Kenyan Paralympic committee Douglas Sidialo (to whom this was childs play- being blind he rides tandem with a “pilot” but has previously ridden from Cairo to Cape Town- off road!!)

After two days of hard racing in amazing terrain and many, many mechanical issues (that saw me taking nuts and bolts of chairs to use on our bikes) we somehow, and to our complete surprise… got first place Team prize for both days and came home with a clutch of trophies.

Apart from pure ego boosting, these will be useful to raise the profile of the Arusha Club and to encourage more people from Tanzania to enter the 10to4 next year- thus hopefully supporting two good causes at once. Three if you include my ego. 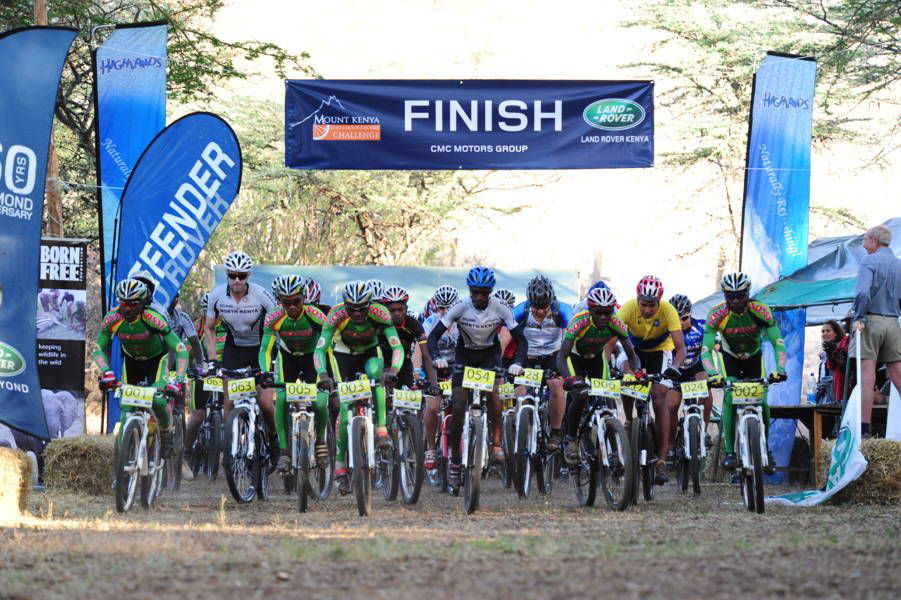 Hongera (Congratulations) Steve! I would say maybe I would join you next year but if I did I guarantee a last place finish!