Don’t Worry Mom – I Am Not Going Back to Climbing

The reason I kayak is because I used to be an avid rock climber and then one day took a 40 foot fall and shattered my ankle. I was told there was a good chance I would not walk normally again and was definitely told I would never climb again. 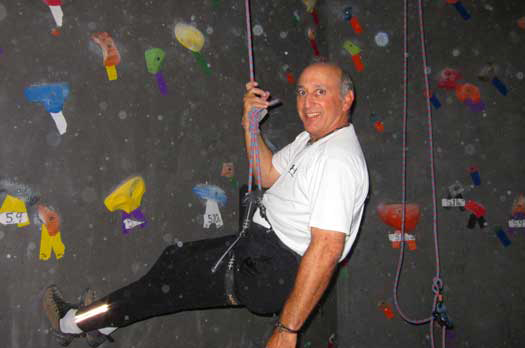 Alan at the Climbing Gym

I thanked my Doc for telling me this as I told her I would now have to prove her wrong. Eight months to the day of my accident, after 4 surgeries, I was back climbing, but my head was no longer in it. It was then I discovered kayaking – which eventually led to my starting Infinite Safari Adventures.

This weekend I went to NYC for an Explorers Club Event and to visit my daughter and her boyfriend in Brooklyn. They decided to take me to their local climbing gym. Except for going up Kilimanjaro ins 2005 I probably had not done any technical climbing in 10 years. It did not take long for me to go back up and climb. While a little rusty I had a great time. And while I did enjoy myself, climbing will never take the place of kayaking – particularly in Africa!