Cheetah Cubs at the National Zoo

There is always excitement over a new birth and that holds true for animals born at the zoo – particularly when those are born to endangered species. 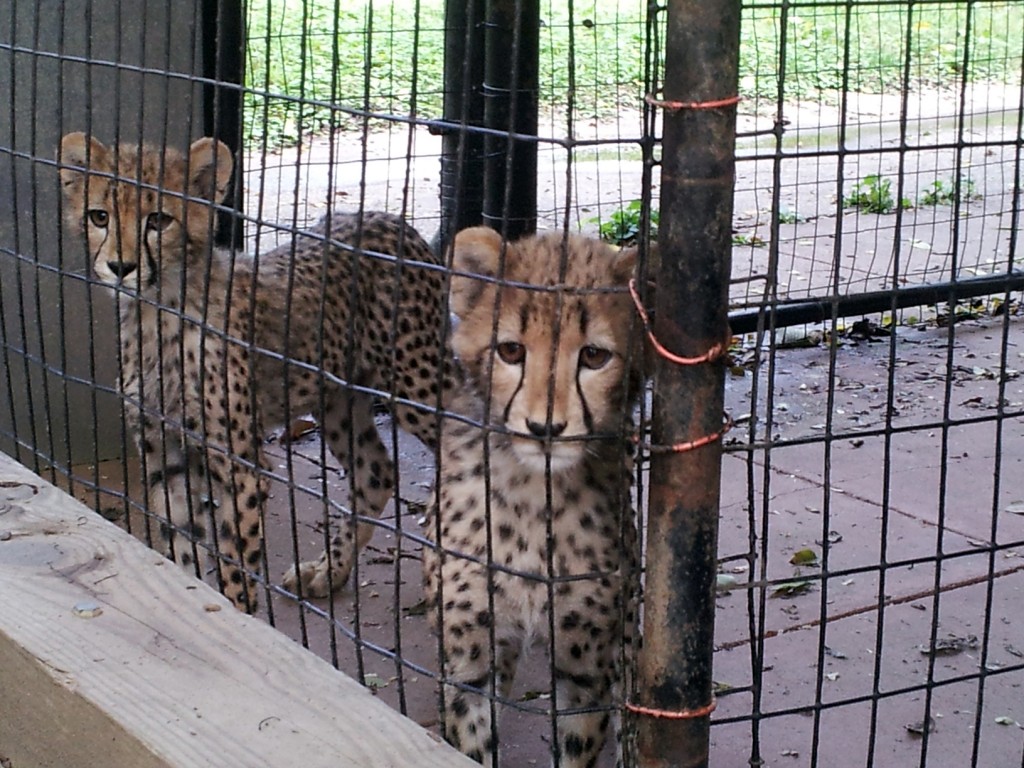 Cheetah Cubs at the National Zoo

About 4 months ago there were new arrivals at the National Zoo in DC – two cheetah cubs! After much thought they were named Carmelita and Justin after U.S. Olympic Sprinters Carmelita Jeter and Justin Gatlin.  While these people can run fast it is nothing like a cheetah.  Jeter ran the 100-meter sprint in 10.78 seconds, winning her the silver medal. Gatlin ran the men’s 100-meter on Sunday in 10.64 seconds, taking the bronze medal.  A cheetah can run up to around 60 mph!

In their enclosure behind the exhibit, the brother and sister batted their red ball to each other with their big paws like a pair of soccer stars. In the outdoor viewing area, you could observe their potential for speed as they raced over the hills and rocks and up into the trees.  At this age, the “kids’ weigh between 30 and 40 pounds, about half the size of our German shepherd, Heidi.

One of the privileges I have being on the Board of Trustees of the Cheetah Conservation Fund is that CCF has some wonderful relationships with people involved in conservation including those at various zoos.  This is one of the amazing perks of being involved with CCF

We got most of our cheetah facts courtesy of our guide Gil and volunteer George, who has donated his time to the zoo for years, in the cheetah area as well as the zoos Asia Trail.  He observed with a smile that these cheetah children are better behaved than most of the “little primates” who visit the zoo with their human parents.