A Safari Adventure in Ruaha, Tanzania

The old phrase “The best laid plans of mice & men often go askew” is from a Robert Burns poem and became the title of John Steinbeck’s book “Of Mice & Men.” Well our last day in Tanzania certainly fit the bill! 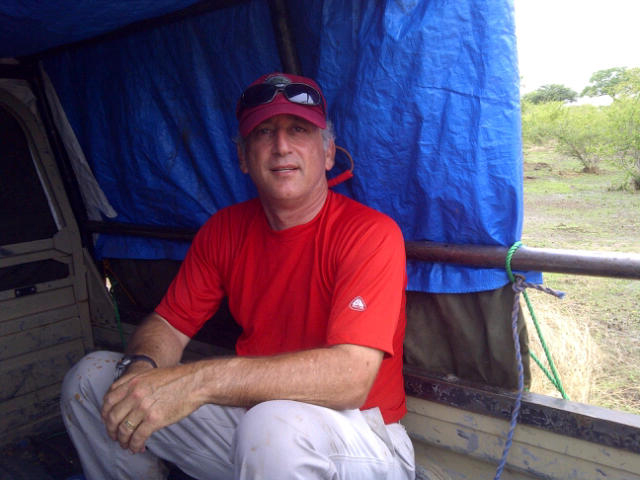 Alan Feldstein On Adventure in Tanzania

Every day during my time in Tanzania the skies were filled with beautiful white clouds and every night it rained. It was wonderful to fall asleep to the rain falling on your tent. But on the last night it poured! It rained so hard that the dry riverbeds running through the park became swollen rivers. While we were able to cross the first river with our bags across our head (we did not want to ride in the car as it was at risk of getting swept away) when we got to the second river there was no way anyone was crossing. And we had a plane landing on an airstrip to pick us up in a couple of hours.

Our first idea was to call all the lodges on the other side to meet us on the other side of the river, but they could not get out of their camps either. We then called TANAPA, the Tanzanian National Park Authority, and asked for them to help us. They could not get a car to us either. What were we to do? Then to complicate matters our driver decided to move the car to the side of the road where it became hopelessly mired in the mud. Now there was only one option left – an option vehemently vetoed by TANAPA. That was to walk 6 miles (with our heavy luggage) through the park to a place where we could get picked up. 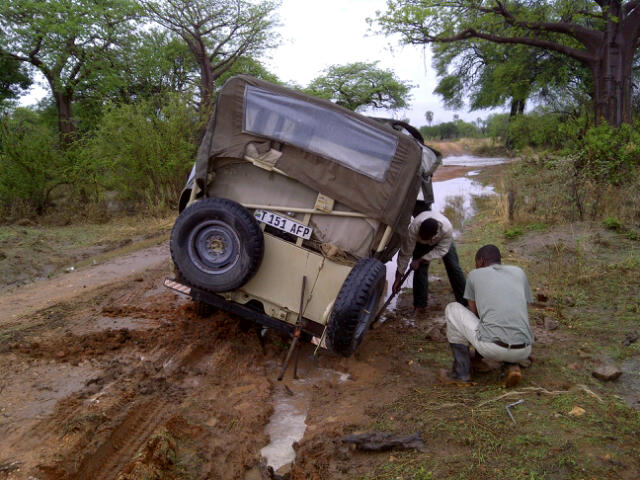 After several phone calls TANAPA finally relented. So off we went with our Maasai drivers helping carry our luggage. Now the reason TANAPA did not want us to walk was because there were lions, elephants and other wild animals in the park and the animals did not know we had permission from TANAPA. So, when we got to areas of heavy brush we clapped our hands, and sang loudly and badly. Fortunately all we saw were giraffe, impala and some hyena tracks.

After several river crossings and walking through muddy roads we got to our last river. There was a TANAPA truck waiting for us. They were very helpful bringing us to their headquarters, giving us a place to change and feeding us a delicious home cooked lunch. Steve got on the phone and was able to convince a plane to make a detour to pick us up for a flight back to Dar Es Salaam. Who knows we may have had another first. The first to be allowed to walk through Ruaha National Park!