A Goat Served in a Maasai Village In My Honor

When I arrived in Patrick’s village I had no idea what I would eat.  Would I drink blood and milk as is traditional of the Maasai?  Would I eat corn? Would I eat something that was hunted? 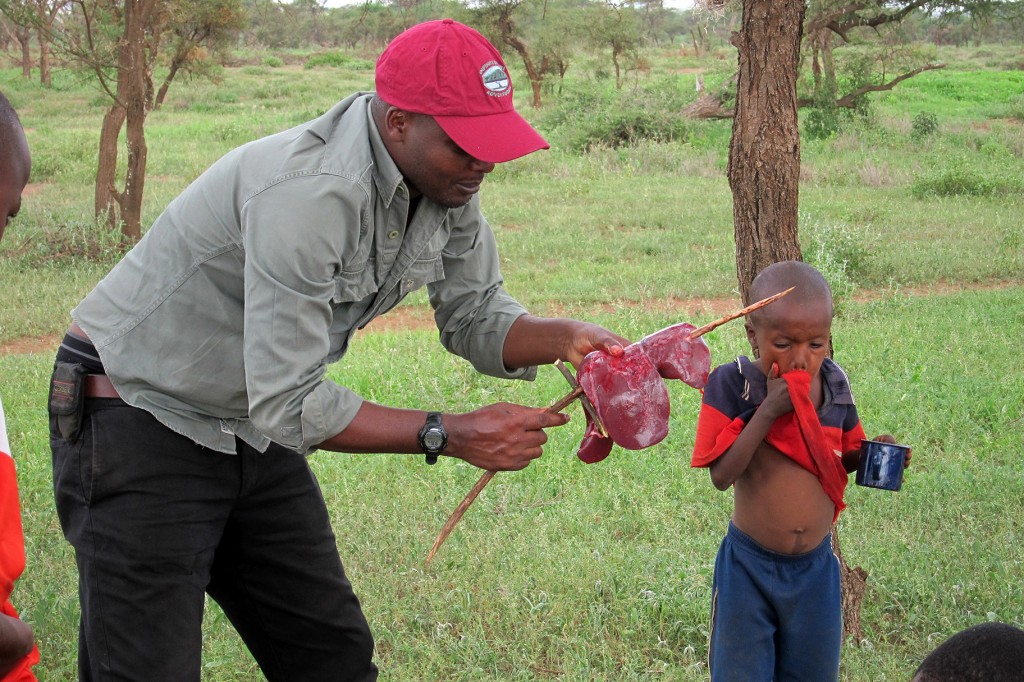 It turns out that I would be honored by the butchering of one of their goats that would be cooked in my honor.  Living in the U.S. my experience is going to the market and buying some meat.  Here a goat was led away from the herd.  Laying it down on a pile of greens and covering its eyes and mouth it was quickly and humanely killed.  While I was given a lesson on butchering a barbecue was prepared and the meats were stuck on sticks cut from a local acacia tree. 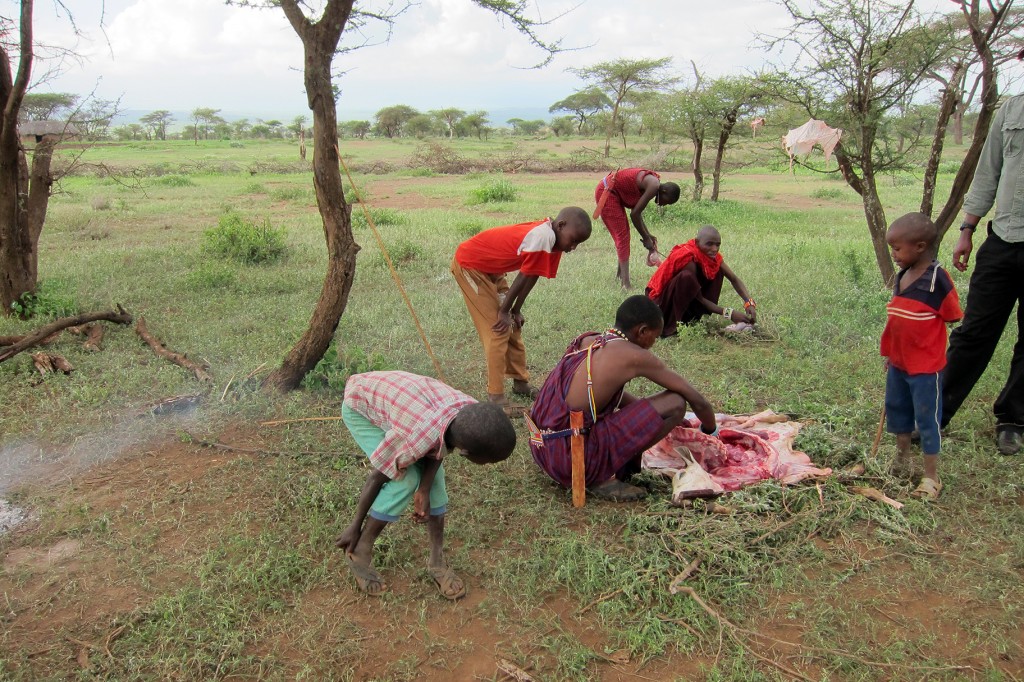 However, what I did not know is that I would have that goat for breakfast and dinner for 2 straight days.  Now I know why the Maasai are so trim and fit!