A Different Kind of Safari Walk 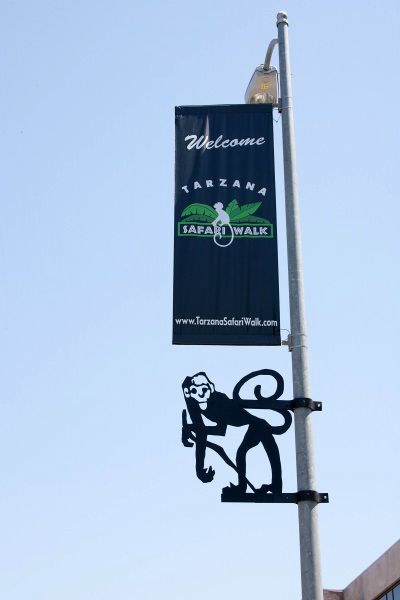 One of the things that is a lot of fun on safari is to go on a walking safari out in the bush.  The opportunity to stroll in the bush perhaps close to some zebras or elephants close by is an awe-inspiring experience.

I live in the San Fernando Valley section of Los Angeles in Studio City.  Studio City is aptly named because there are several movie and television production studios including Universal Studios and the Radford Studios, which was the former home of Mary Tyler Moore, Roseanne, Seinfeld and Curb Your Enthusiasm.

Nearby is the town of Tarzana. Tarzana is named because it was the home of celebrated American novelist Edgar Rice Burroughs. Burroughs had no success as a writer until he created his novel TARZAN OF THE APES. An astonishing success on its appearance in All-Story Magazine in 1912, TARZAN OF THE APES brought Edgar Rice Burroughs a mere $700, but after being rejected by practically every major book publisher in the country, it finally was printed in book form by A. C. McClure & Co. and became a 1914 best seller.  In 1918, Tarzan came to the screen with Tarzan of the Apes, starring Elmo Lincoln, the first film in history to gross over one million dollars. Since then, 41 Tarzan films and 57 one hour television episodes have been produced, each a great financial success. 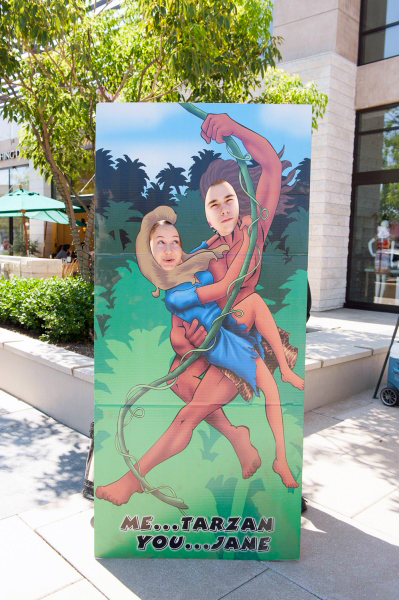 Burroughs took the money he made from Tarzan and bought a ranch.  Burroughs spent most of his life there riding, writing, and living life to the fullest. When the area got its own post office and homes began to be built there the residents decided to name their city Tarzana in honor of the famous character that was created there.

Today part of the main thoroughfare is called “safari walk” to promote the businesses on the street.  You won’t see any zebras or elephants.  But you will see a real ape in Tarzana, but you just might see an actor, a screenwriter or a surfer in their natural habitat on the safari walk.