A Different Kind of Game Drive 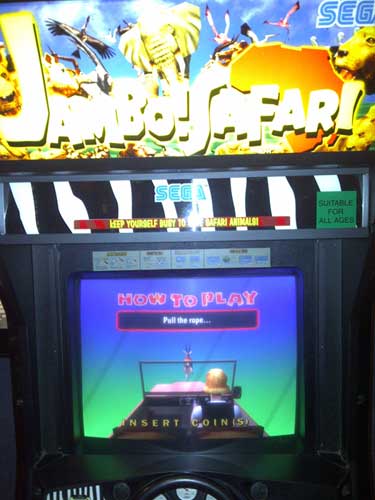 There are many types of game drives but the other night when my wife and I took a well deserved break, we discovered one that offers an interesting twist to the experience of a game drive.

While we were at a movie theater, we found a small arcade of video games. Nothing unusual, right? But what was unique was learning that the manager of the theater is from the minuscule country of Togo in West Africa — he was shocked that I had been there. I also could not believe my eyes when I saw a game called “Jambo Safari.” In Swahili that means “Hello Safari.”

The object of the game is to drive through the bush and capture animals using a “net” so that you can do research on the animals. I found the game amusing but did not play, as I much prefer the real thing! Plus I am terrible at those games.

Have you ever seen another example of a Swahili word or Safari in a game or product?